otte wrote:wave riding is not that important! would be cool to have some small things to play in from time to time not to get bored from all thet flatwater

lagoons are important for me

Hi
In summer time I don't recommend lagoons; well at least the most known ones Lagoa de Obidos its forbidden this time of the year
Lagoa de Albufeira near Lisbon is definitely not a good choice too crowded with kitesurfers and non kitesurfers and those are the worst

During this time of the year, I do recommend Algarve where are plenty of spots like Alvor one of the best, Faro is another one and many more near by.

Also, when you get there the locals can help you a lot and advise you on other spots.

Party is all around just in case of no wind. 
and yes-i checked your homepage

a nice map as well-should help me.

That's Lgoa de Obidos! I've been there last year. We had some thermic wind at the end of the day, coming in from the sea. Very nice flat water, but beware of the strong current.

It's close to Peniche (wavespot) 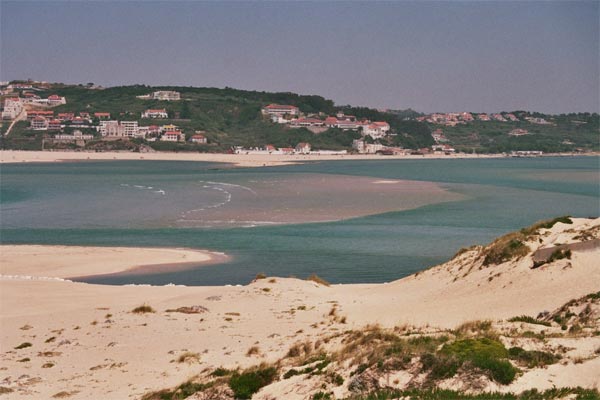 could anyone please give me some information about the wind during august? also it would be great to know if such beautyfull spots are crowded or if they are not

Brand Affiliation: None
Location: Santarem - Portugal
Has thanked: 0
Been thanked: 0

Hey Guys! Yep!! that is my home spot!

If you guys want to come in August to the west coast, i recommend you to go to figueira da foz, viana do castelo, costa da caparica or Guincho because thermal winds.
In July we have a Downwind from Super Tubos until Santa Cruz. It is great.

how strong does that thermal wind usually get and how often is it "blowing"? is it normal to have wind almost every day or is it kind of a surprise when you get a good day?

sorry im asking so much

The thermal in the santarem area is light, when the aÃƒÆ’Ã‚Â§ores high pressure is correctly positionned N / NW wind is blowing gently along all the west coast.
The wind accelerates a little bit in the lagoa de obidos because of the hills but not more than 15 knots. You have some little thermal too in Peniche and Santa Cruz. The best places for good wind are definitively Viana/Guincho and Costa de caparica. For Obidos you can kite inside the lagoon: not very clean and a lot of current but flat water. You can also kite in lagoons in the aveiro area with more wind but the same issues: not so clean and current.

I used to spend one week every year in the Santarem area because my wife is from there, I usually kite 4-5 days with 12 and 16 and a surf board.
If you go to Viana, take a 9, Guincho: take a 7 !

In any case, Portugal is a great place to go for summer.

awesome
my friend is going over there tomorrow for the windsurfing olympics qualifiers!!!
-Danny
Top