tucker3000 wrote:ehhh still not really the same. The takoon "saftey line" is still a pretty good length more line. The rev bar's release system works the same but its only a foot and a half long with 4 lines leaving your bar and going strait to the kite. the extra 10 meters of line and the Y connection are just more to deal with and you may sacrifice some of the ability to use the saftey and then be able to climb back to your bar and relaunch without tangles. which is sick!

The Furia has only 4 lines so the leash doesn't create any additional lines. Both front lines run off a single line parallel to the so in essence its a 3 line kite with a 4th line so no more lines to contend with than normal. when you drop the kite, you can still relaunch it again with the leash system because the kite doesn't rotate on the way down.
Top

harness, abrasiveness, its not too hard to work out minimizing wear, just costs and less consumables to sell..... Super smooth PTFE hole insert would be a start and plastic covered dyneema - but problem to do with 07 depower ie going around pulley/stainless ring..) anyway a bit of fun engineering...
Top

hi guys, i am replacing the depower rope and need little help,

can someone post a hi-res photo of the bar showing threading of the depower rope and location of the "stopper bar"?

gravey wrote:This is a truly awesome kite in all respects - the only downside is that it appears that my depower rope is looking alarmingly freyed after only 5 sessions (I will post a pic).

Has anybody else experienced this?

I though after they started to include a metal insert in the bar hole things went apparently better ....

Does anyone have any detailed/close-up pictures of the Rev safety/front line flagging setup? I can't seem to find anything useful online.
Thanks, appreciated
-H

I've been riding my 05 SS bar pretty hard for well over a year now - chicken loop rope is still going strong. No issues. I do dip it in the water before starting to ride, maybe this helps.

Shymac, bring back the 05 bar

, or the pro model or whatever

Did I mention that before?

(and my bar is starting to creak on one of the sides...it's only a matter of time before I need a new one....so please hurry up, thanks).
Top

I have found soaking my line in Rainex helps prolong it and reduces wear.
Top

Try this! The line will last an entire season. 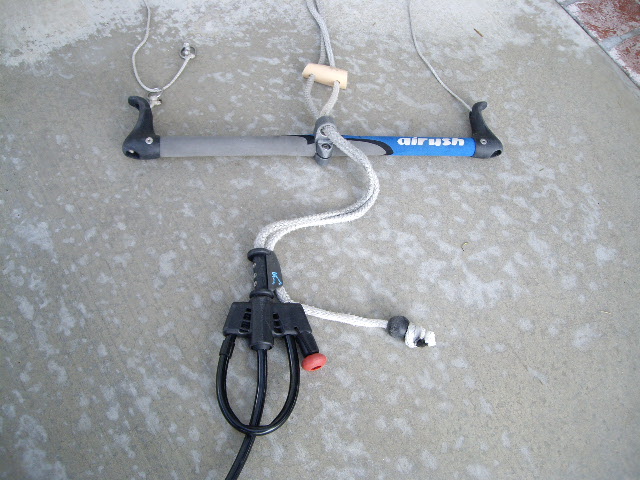 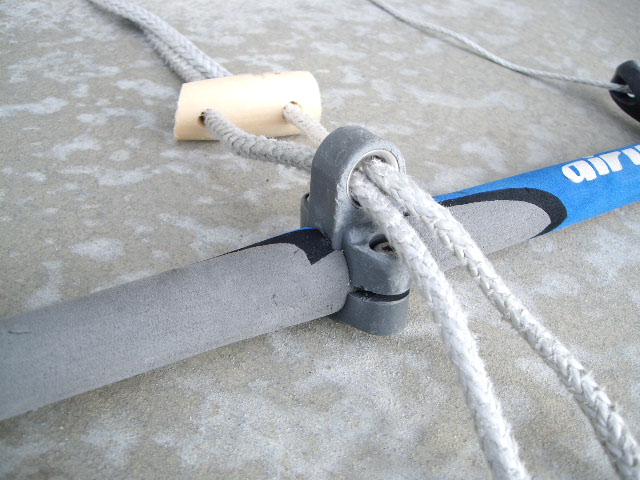 Nice! (and I got a couple of these to boot, on an old Longhorn bar). Does the stopper actually work well with it? How much do you find the bar "twists" because the hole is off center?
Thanks,
-H

It does not twist much at all. The stopper is great. I saw it on another post, some guy on the East Coast had made one like it. Just a nylon broom handle with holes drilled in it. Let my know if you have any more questions.
Top
Post Reply
59 posts