Hook Knives...don't bet your life on them!

Hook Knives...don't bet your life on them!

(1) Test it.
(2) Take the advice of a self-appointed or certified "expert" 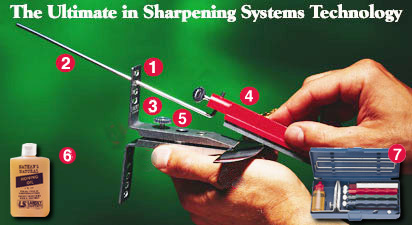 They are so cheap I would just get a few per season.
Top

Greg7 wrote:They are so cheap I would just get a few per season.

Where do you buy them?

It seems that the double bladed hook knives cost about $15 to $54 (plus shipping) each.

I wish I had enough money to consider those prices... "cheap".


How often do you change out your knives?

What do you use as your indicator for "time to replace"?
Top

tungsten222 wrote:I'm using double blade knives that have these old style razor blades as a cutting edge (one razor blade cut in half, to be precise). Change them every now & then, maintenance cost per year for two knives = 1,00ÃƒÂ¢Ã¢â‚¬Å¡Ã‚Â¬.

To your Q about sharpening: sharpen them the same way you sharpen your razor blades. Buy new ones.

What brand of double-bladed hook knife do you carry?

Where do you buy the replacement blades?

Can you post a link of a place to buy the replacement blades online?
That sounds like a reasonable price for 4 blades.

So, as I understand it, you replace the blades every 6 months?

How did you decide on that replacement interval? Did you do a test to determine that the blades needed to be replaced at 6 month intervals? What was your test procedure?

Thanks in advance for the info.
Top

Btw you can also order replacement blades for the aluminum z knives.

I am interested in everyone's opinion, even when I don't quite understand what they are saying.

Do you carry a kite knife?

A lot of people do not, and from the results of my testing, I can see the merit in presenting a case for not carrying one... The argument would go like this: "Why waste the time, in an emergency, to grapple around for a kite knife, which, even if you find it and fish it out, probably won't cut the line, that you are tangled in!" or "Your time will be better spent on dealing with the tangle, in some other way, and not wasting valuable moments, running a "fool's errand", in fumbling with a dull kite knife, that won't work anyways" or "Knowing that you don't carry a kite knife will keep you more focused, knowing that you can't get yourself out of trouble, and therefore, will make you extra careful not to get into trouble, in the first place".

I would like to think that you were, in a subtle way, presenting that point of view, rather than just being rude.

Either way, I appreciate your participation in the thread.
Top

Btw you can also order replacement blades for the aluminum z knives.


Don't waste your money on a single bladed kite knife!

The preliminary results of my testing has shown that the double bladed hook knives, that I have tested, cut the tensioned test line with mere ounces of force, measured by the scale.....whereas the single bladed hook knives, (even practically new ones), can vary radically in the force needed to cut the test line, and can take up to 20 pounds of force, when hooked on the line, without being held exactly right, so that a somewhat delicate sliding motion of the blade can occur.

If anyone is interested, I can present a lot more opinion, and the facts that I base it on, concerning the following points:

(1) None of the hook knives, commonly sold to kiteboarders were originally designed specifically for a kiteboarders needs, but were made specifically for Parachutists, fishermen, emergency personnel, etc., and the main point, I would argue concerning this observation is that, unlike a kiteboarder, who is in trouble and trying to cut a line, these other people will most likely have both hands to use in cutting the line. They will have a better chance of positioning the knife in their hand, and will have a better chance of stabilizing the line with the other hand, so that they can take advantage of the full length of the blade, by using a sliding motion of the blade, rather than, is the likely case with a kiteboarder, only being able to hook the line, and give it a pull. This is where the single bladed hook knife falls far short of the double bladed hook knives! Don't count on them, unless you have a positive answer to the question: "Do I feel lucky, today?"

I realize that my posts are "long winded" so I will shut up now. I will present more opinion and the details of my test procedure if anyone is interested.
Top

Yeah you're right about the cut force.. guess I'll check out the double bladed knives. Seems like it would be easy enough to install two alternating blades in an aluminum hook knife.
Top
Post Reply
163 posts