looking for a reliable kiteleash. i have a "best" one but i find the QR slipping sometimes.

Can someone recommend me a kiteleash with a tight QR and durable and cheap hopefully. yah right.
Top 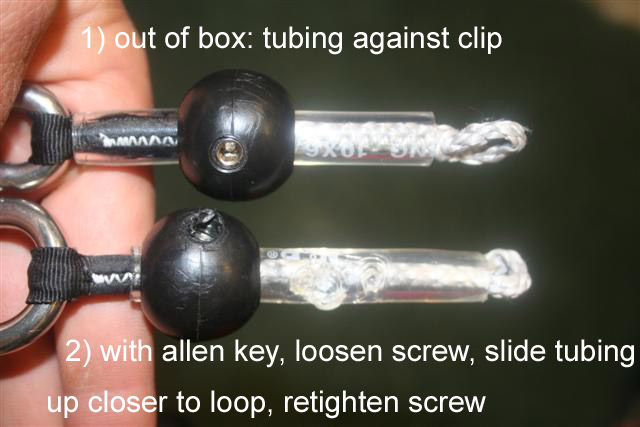 you can tighten your Best up by wrapping some duct/ gorilla/ hockey tape around the vinyl tube that goes inside the crappy flimsy tube. It'lllll hold through anything after that. you can also rebuild the tube so it doesnt deform... but seems like you'd rather than spend the money than figure out how to do it or wouldn't trust yer work.
Top

Recommends the Cabrinha one, excellent QR:

Stay far away from the cabrinha example, its crap, and when the metal hook breaks, it will cut right thru your wetsuit and flesh ... seen it happend. Go with more unhooked specific hp leashes, such as pat love or mystic.
Top

I moved up the tube per the "Fonas mod", and that helped some. I then put one layer of thin duct tape around the vinyl tubing, and it worked perfectly. Never accidentally coming loose, and always coming loose when I pulled it.

Just because it's a home grown solution to a manufacturer's problem, doesn't make the speaker a pimp, punk.
Top

In the past three years ive gone through around 20 leashes. Ive had a ton of walk-ins...luckly the water is waist deep. So my solution is to get the slingshot leashes...those seem to be super heavy. Then i tighten down the stopper ball so that the release is completley disingaged. Then the leash dosent break or get pulled accidential.

Luckly i ride the LF luxury harness that has saftey releases on the hp leash peice. So win, win. I get a bomber leash and still am safe.
Top
Post Reply
9 posts • Page 1 of 1