not sure where to start here you make it so easy for me. Firstly the tone, use of swear words etc has been brought in not by me, I am just posting my point as forums are designed for.


Fred BGG- thanks for the vids however it only cements in place worldwide views of foils, loops and so called "high winds". Even more ironic I found, the biggest kiteloop was the guy on the LEI.
For actual kiteloops try this http://www.youtube.com/watch?v=cBtlzCck_qM it should correct any misunderstandings you have.


Buzz, blow outs happen even in car tyres and bike tyres it should not be a shock.


Soulboy- you adding to this post defeats your object of trash sinking, it only brings it to the top, there has been a system in place for years its simply "if its trash nobody writes anything"


Mike hi hows it going, seem a bit angry in your message their, I didn't once actually claim I invented anything maybe you got the wrong end of the stick. I know my roots, my post was simply just to argue my case of where the future of kitesurfing is and how we can push the limits. If you feel your tools are better for pushing the limits of kiteboarding then I have no problem with that however it seems for freestyle, speed, loops pretty much everything an LEI is more superior IN MY OPINION.

Horse and Cart used to be the best way of getting around and probably still is for some people they may even have 09 model carts coming out next year but the car will always go faster.
Top

Something tells me that you have not tried a foil, at least lately, and are taking the "lemming" approach to foils. You read about them in forums but you have never taken the time to find out the truth, you just follow along with everyone else, to each their own I guess. Most if not all foil kiters have used LEI kite, I actually still have one LEI, a 17m, that I am using until I get another large foil and I try each and every kite, LEI included, that I get a chance to. I make an informed choice vice just slamming a kite for no reason other than it is there. Don't join the ranks of PMU, he is such a forum punk.

Your initial statement was that foils were only for light winds. We show you proof that foils work, and work well in high winds and all you can do is try and change the subject to the quality of the loop. I am not sure what size kite the LEI loop was done on but the foil was a 6m and the LEI kite looks bigger than a 6m. If the foil ride had been using an 8m or 10m then the loop would have been bigger.

The current crop of FS foils like the Speed 2, Pulse 2, and now Psycho 4 are every bit as high performance as any LEI kite on the market. The fact that some choose not to even try and understand what foils are all about and simply trash talk the kites says a lot about the people behind the posts.

mv wrote:lewis,
Your initial statement was that foils were only for light winds. We show you proof that foils work, and work well in high winds and all you can do is try and change the subject to the quality of the loop. I am not sure what size kite the LEI loop was done on but the foil was a 6m and the LEI kite looks bigger than a 6m. If the foil ride had been using an 8m or 10m then the loop would have been bigger.


paragraphs like the above reveal the person behind the foil. clueless
Top

Hey guys..
I know that the 25th place is not splendorous but I was pretty happy passing the qualification at the PKRA Germany. Don't forget that all the other guys do nothing more than kiting. So if u pay me to go more kiting I would end up better probably.
Think that those discussions are ridiculous.
However, have fun whatever u ride.
Cheers
Mathias
Top

Have you ram lovers stopped to think about the reasons for the antipathy?

A lot of it comes down to your behaviour. Much of this so called anti-ram "propaganda" is a reaction against your lies and exaggerations. Apart from the ridiculous exaggerations, the tone of your statements often reeks of semi-religious proselytising, devoid of fact and reason.

Someone needs to stand up, state the truth, and refute the lies.

I see,
so you prefer yours to resemble to a condom or a Naked Neck Chicken right 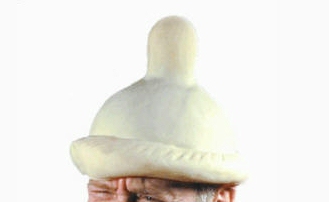 tungsten222 wrote:And there was this beauty, apart from the FS kites, to make it in the top10. Good job Gunnar!

Holly shit I just got an 80's flashback just by looking at these kites. Hey tungsten222, are you sure you don't wear leg warmers anymore?

Please resist the temptation of sending pictures of the beauty of your girlfriend.
Top

Unfortunately the problem is not the kites but the way this forum is designed and possibly managed.
There are a number of issues with this forum, like many others, such as trolls like PMU and others, pimps every where and so on.

If the admins aren't going to delete troll posts and blatent pimping then this forum desprately needs some kind of rating system where basically garbage posts like this one aren't displayed to most people. One example is

Where people are selected from the users to be moderators and can assign a value to each posting so good posts rise to the top and garbage sinks.