FredBGG wrote:If the low end is as good as I'm getting on my Psycho 4s I'm intrested.
Tried adding one LEI (modern non c-shaped) to my quiver this year. Bought a couple but sold them.

How is the turning speed when depowered?

When you release the red safety which way does the kite land on the water?

How does the kite handle waves/surf when you have activated the red safety?

Does it land leading edge down and then lay on its back?

Just wondering how the impact of whitewater on the kite is when it is still attached to two front
lines.

Here some answers:
1. Turning speed when depowered is very good which comes from a combination of the "Q"s swept back shape, the Gemini Struts lay-out and short depower-throw. etc.
2. Haven't used mine in any real surf yet but when the red safety is released the kite first ends up powerless on its back and will then start to slowly turn around until lying face down (just like you secure LEIs on the beach). For relaunch out of this position (after you reassembled the release) just quickly pull in a bit of steering-line and the kite will move back around into the standard relaunch position. Then just steer it out of the water.
Pretty simple and very reliable.

3. My personal opinion to your last point is that when you ride big surf and the kite goes through a proper washing mashine cycle, bail out completely. Staying attached is asking for trouble on whatever kite you use as you migh end up with the lines around the kite or even worse around you. However as the "Q" has no 5th-line the kite is lesss likely to be cut in half when it has been rolled.
For small rinse cycles the red front-line safety is pretty good and generally stops all lines from crossing over and getting in a mess. For a while the waves will wash beneath it.
To prevent lines from snagging we have put line deflectors on every single strut-end and the line deflectors on the two wingtips have also been stiffened-up to do their job as best as possible.
Top

[quote="FredBGG
Same lowend as a Psycho 4.... that would be quite something but in the right hands and tuned right the Psychos have pretty amazing low end.[/quote]

This Saturday I had a 3-hour session with a Q (12m) on a local lake (nasty conditions - very gusty).
The low end of this kite is amazing, while it turns like/better than some other 9m-kites!

Take care!
Rainer (not the one from Spleene)
Top

Thanks for the update.

Today I purchased the Q in 12m ... and 9m (which I originally did not intend to do, due to limited budget ...)
I just couldn't resist!

The new Spleene Q kites have just arrived in the USA.. I will be testing and showing them for demo all weekend in Va. Beach and Hatteras.. I will post my thoughts as soon as we have ridden them.. It seems to be a bit lite for the forecast but will do my best to get a good aray of riders on the kites this week end..later ted B
Top

I have riding my Q for three days so far! And i love it! It kick ass with my old Naish Helix and Cult. A lot of more power in it and higher jumps and more hang time. A little bit quicker an my Helix and my Caution to. I love it like i say...
Top

Ted B wrote:The new Spleene Q kites have just arrived in the USA.. I will be testing and showing them for demo all weekend in Va. Beach and Hatteras.. I will post my thoughts as soon as we have ridden them.. It seems to be a bit lite for the forecast but will do my best to get a good aray of riders on the kites this week end..later ted B

too bad I was in Hatteras last week. I would have loved trying it.

I just left Saturday morning. light wind on the menu the last 2 days 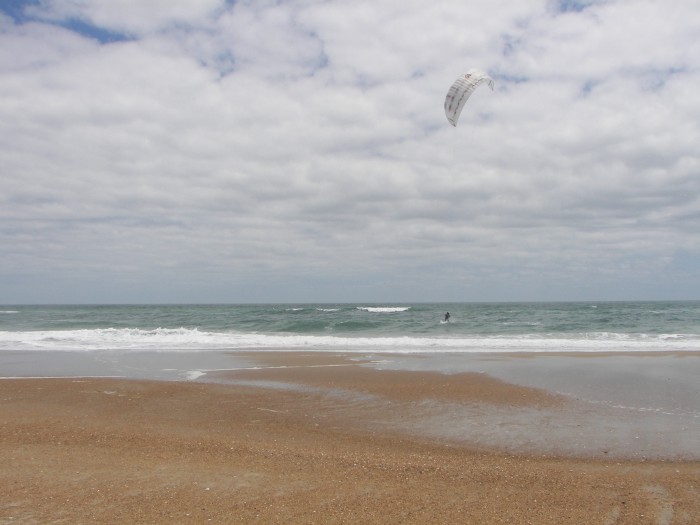 Here is a link to a German Website which tests kites and makes little video clips of the safety features and the handling of the kites.
The Spleene kite that was used in the test was the 12m "Q".
Even though it is all in German I believe it shows the safety release function and the re-assembly of the quick release very well.
It also shows the various relaunch techniques depending on what position the kite is in.
I hope this will further demonstrate how the quick release and everything works on the "Q".
http://www.kiteonlinetest.de/wp/materia ... spleene-q/
Top
Post Reply
118 posts