Never before has a kite been the measure of things in lightwind performance and hang-time for three years in a row. FLYSURFER has managed this impressively with the SPEED2. However, our own high standards made it even tougher to top this wonder-kite!

After an 24-month-long development time, the adoption of new construction software, endless hours of overtime, countless tests all over the globe as well as reeling in Andreas Hanrieder to complete our development team, FLYSURFER has once again managed to raise the bar with the SPEED3.

First things first: Due to the unparalleled low-end of the SPEED2 in combination with its other renowned features, it was a giant hurdle to design a worthy successor to the SPEED2. The development team surrounding Armin Harich allowed for no setbacks in handling, depower or agility.

Top priority was: The SPEED3 must be absolutely on par with the SPEED2 in lightwind performance, and gain significant ground in the areas of agility, depower and speed… Armin Harich: „It is our opinion that we have been successful without exception!“

Thanks to the “Triple Depower Technology“, contact to the kite is always available even when fully depowered. Numerous optimizations to the profile have resulted in a more effective and direct depower effect. The already large wind-use range has expanded again. The legendary hang-time has just gotten even sweeter with more jump height, and thanks to the increased agility, kiteloops now belong to the SPEED3’s repertoire. Whether old-school, big-air, racing or lightwind cruising - the SPEED3 sets new standards and redefines performance.

Naturally, stability also had to be considerably enhanced in order to make the gains in agility and depower controllable – no easy task, which the FLYSURFER developers have fully realized and was successfully adopted to the SPEED3.
The flag-out function of the kite also demanded a complete redesign to cover the increased wind range. The tapered front edge permits exceptional flagging out safety with only 4 lines ensuring good relaunch.

The SPEED3 will have its World Premiere (final prototypes) at the PKRA Kitesurf Worldcup in St. Peter-Ording and pre-orders will start to be delivered in September. Of course the SPEED3 will also be available in the ultra light DELUXE-EDITION.

UK pricing and, USA/CAN pricing to be announced! 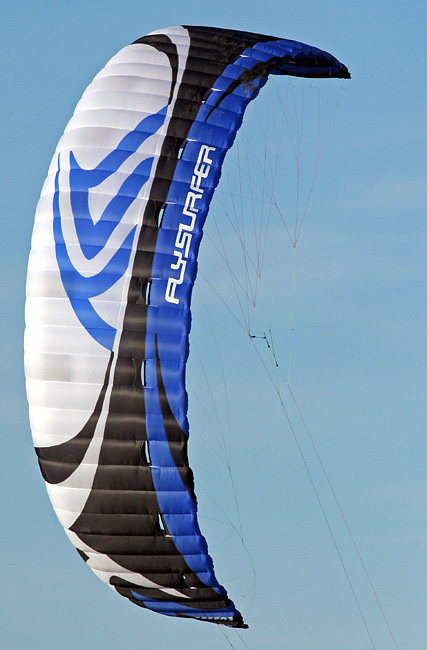 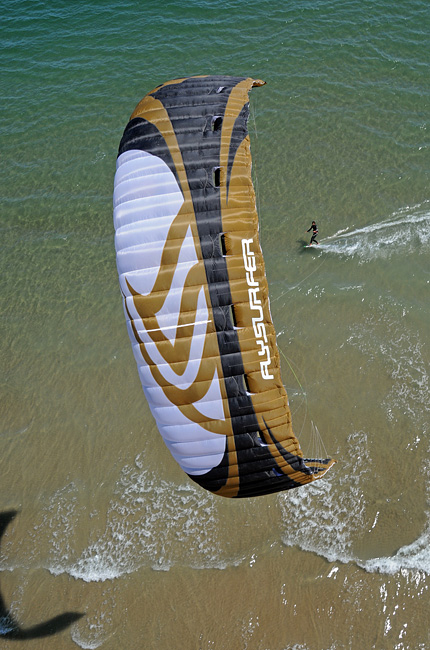 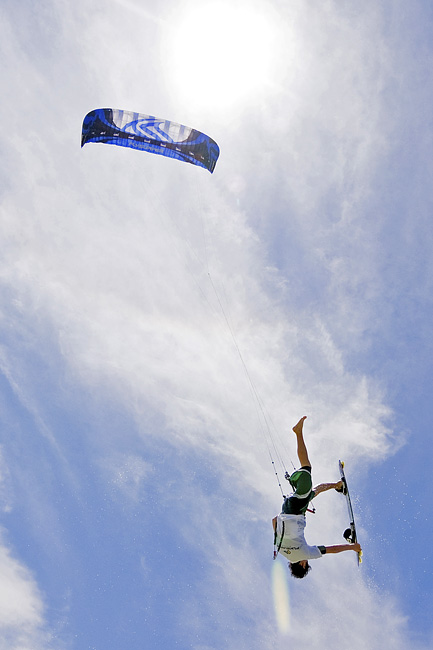 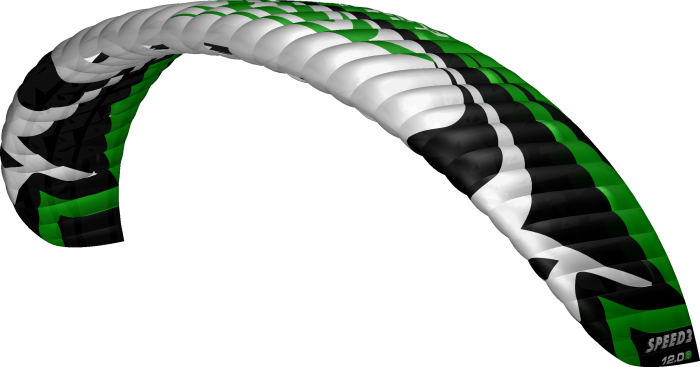 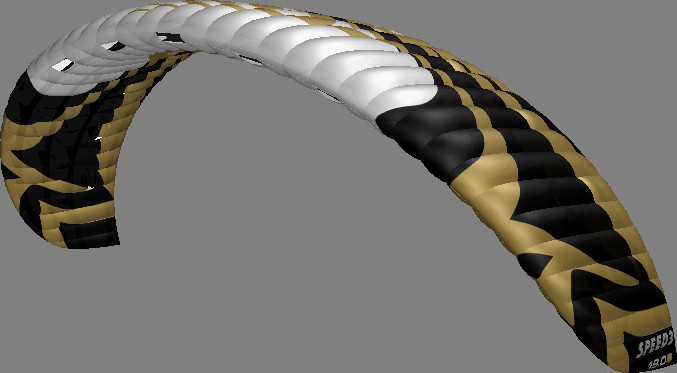 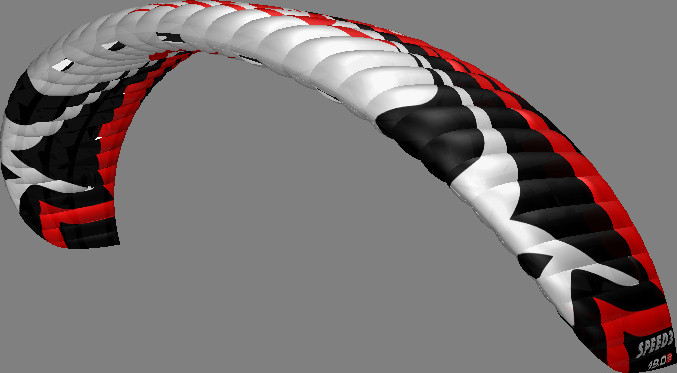 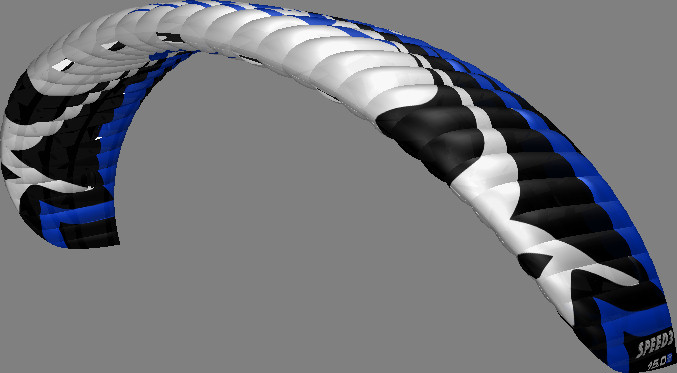 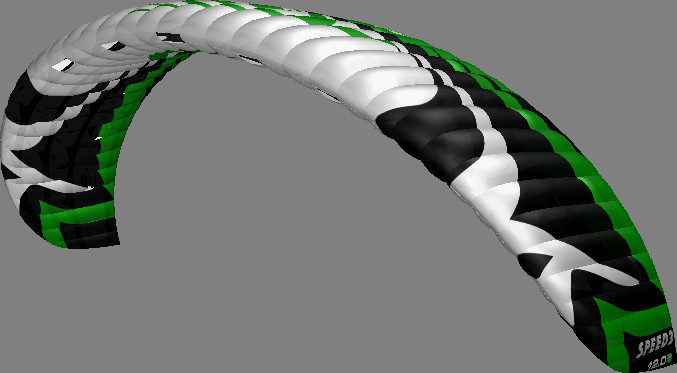 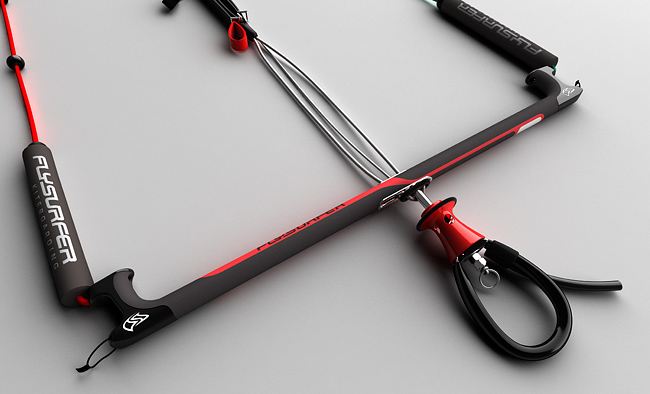 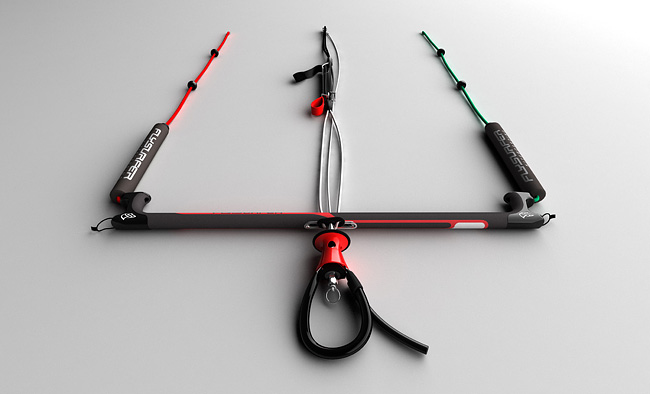 nice bar,...
show the bag
I think that my speed 2 bag
is the worst!
the zippers bind up with the slightest exposure to salt water
real krappy zippers for a kitebag!
Top

We noticed that on the photos of the proto Speed3, you have added a new idea onto the trailing edge by sawing in the middle of most cells (2 every 3 cells).
- What is the puprose of this exactly?
- Is this maintained on the final version of the Speed3?

So far the Price for Pre-Orders for end of September are the same as Speed 2.. So good time...
Looking great...!!!
Top

i have a new psycho 4 19m which i am very pleased with and have been planning to do a sort of "review" post. just haven't had the time.

but complaining about the bag is kind weak also, i mean, i'll take a great kite with a weak bag anyday.
Top


We noticed that on the photos of the proto Speed3, you have added a new idea onto the trailing edge by sawing in the middle of most cells (2 every 3 cells).

This is called quarter ribs or trailing edge mini ribs. It gives you a more sharp trailing edge.
We tested it for more power and better turning. But it had no advantages, it is just more complicated. So the Serial Speed will not have it.

We improved the bag also. It will still be light, allow to carry a board on top and to add the bar outside to let it dry. But he bag is not a completely redesign like the Kite. We tested to do it without a zipper, but the zipper is still the best solution.

BTW: The SPEED3 will have Velcro for deinflating and no zipper any more. Something more that will be undestructable at the Kite.

Cheers for the prompt feedback Armin.


Armin Harich wrote: BTW: The SPEED3 will have Velcro for deinflating and no zipper any more. Something more that will be undestructable at the Kite.

that is a GREAT idea!
Top

Any chance of upgrading the bag's zippers as others have described above about problems?
Top

Maybe velcro on the bag too instead of zipper...
Top

papasmerf wrote: the bag is kinda weak though,,,,,
but complaining about the bag is kind weak also, i mean, i'll take a great kite with a weak bag anyday.

But, I still wonder why this continue to be an issue with the recent years of FS bags, when 2 solutions is obvious.

1. Use the same bag plastic zipper as on the blue bags delivered with the old FS Titan kites.

2. Use the same bag zipper material as on the kite itself (when I compare it looks like the same kind as mentioned in no. 1!)

My several years old Titan bag zippers is still working okay today but all my Pulse, and Psycho 2 and 3 bag zippers last a year only

It may be a simple logistic supplier problem that FS is having!?

For bag pockets I do not think velco is good for optimal closing.
Top
Post Reply
501 posts

Users browsing this forum: No registered users and 44 guests