Watch this if you are interested in a much better flexible strap system. 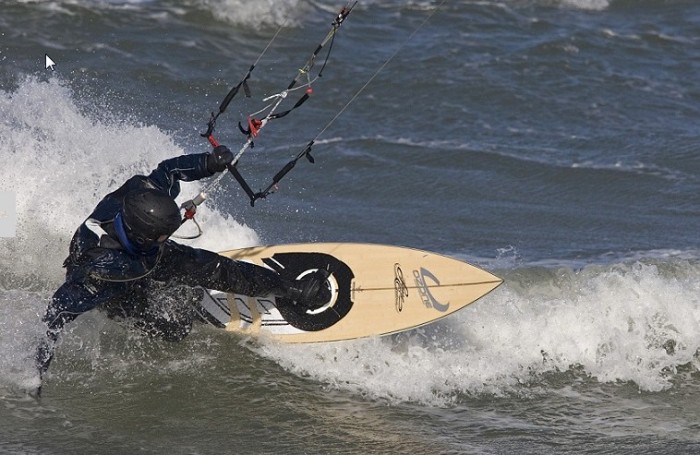 I just recently started riding on directionals, and I really hate those loose straps - especially if I want to do jumping.

The idea is brilliant!

Das ist fantastisch!! (sorry, don't know how to say it in Danish)
Top

I love to ride strapless, but some days it's just to gusty and choppy.

This is close to strapless.... but without being able to move your weight forward and backwards.

Kepp that Helmet on and keep that brain safe!
Top

Ok where can I get a set?

found at the end of the video...
http://sportsgear-solutions.com/

available direct from them.

Very cool idea. The system does not come with straps, right? Also, does the system stay in place well when jumping? I never did like the idea of a straight front footstrap for many reasons and this seems like a fantastic idea.

Brand Affiliation: None
Location: Maryland USA
Has thanked: 0
Been thanked: 0

... I liked it on this board with a just a small TT fin on the tail because I could swing the front of the board about 180deg at will but overall I didn't find it useful enough to carry on. A better system than the bearing platform I used, would have been an adjustable friction plate - there is a very fine balance between too little and too much movement.

The system comes without straps. You can use the normal straps from your normal board.

Also, there is a huge difference between Hennings design and the design on the picture above. Hennings plate gives a very firm connection to the board. It doesn't rotate by itself, you have to lift your foot a little for the strap to turn. As soon as you put weight on your foot, the strap locks in position.

Hey.
I've tried the system a couple of weeks ago. Normally I ride strapless becouce I like to be free

And I actually got close to that free feeling with this system.