Shot this picture of a strange looking Airush kite the other day, anybody know anything about this? from what I could see it seemed to have no struts, but was still a single skin. I couldn't get in for a closer look...Some guy was kiting with it (not sure who he was, one of the test team I think) it seemed to work pretty well.

Thought the Batman logo was pretty funny, good to see a brand having fun and pushing the envelope, but they are experimental right?

I know there new range is coming out in the next few months, anybody know anything about this? They were also flying a few one strut designs but they had this last year already right? 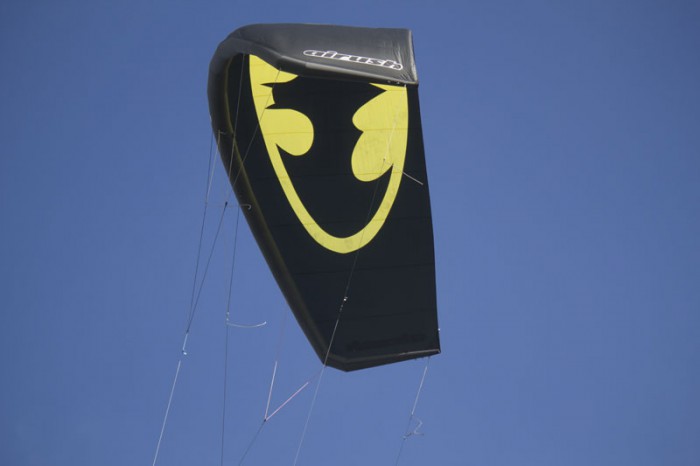 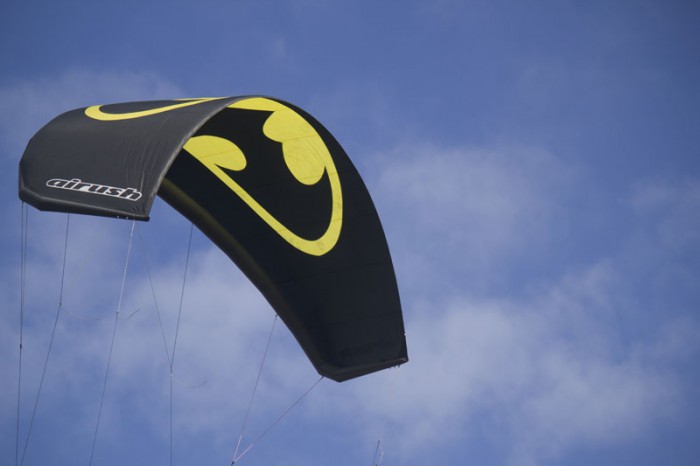 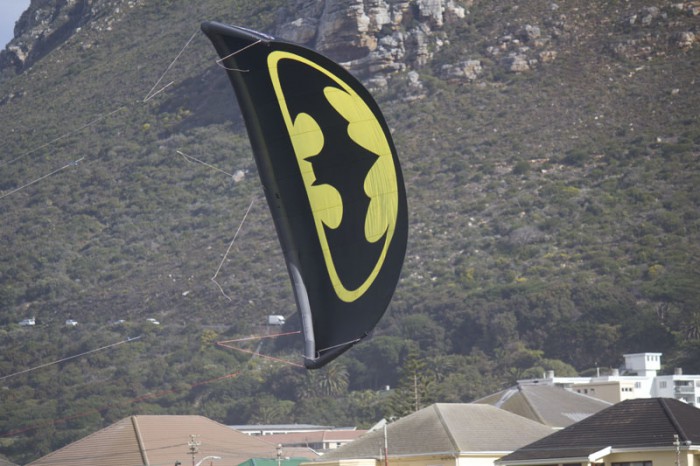 Well the Airush RND team has relocated to Cape Town point one. Two they are filming The Dark Knight Rises currently maybe a prop? I doubt they would take a chance with that logo if they did not get permission to use it. Looks good though.
Top

MikeBirt
Frequent Poster
Posts: 362
Joined: Thu Jul 08, 2010 12:04 pm
Local Beach: UK - all north east beaches
Favorite Beaches: Redcar, Beadnell, Budle
Style: everything
Gear: everything Airush and shinn, and anything else I can get to try - I have to test it all, else I'd be a charlatan :-)
Brand Affiliation: Airush and Shinn (UK)
Has thanked: 0
Been thanked: 0

There is nothing I know of in the pipeline for production, maybe they did't tell any of the distributors...
The team do a lot of experimenting... relaunch must be interesting :-S
Top

Man I would like fun graphics like that on my kites! Ha ha ha! No struts! it'd be quick to pump up! Ha ha ha!
Top

No struts??? WTF! It´s like flying a foil on water, it´s possible but not a good idea. Would be fun to try thou. And cool that they try out stuff.
Batman´s back! But where´s robin?
Top

where did u shoot the photo?
I saw the same design in alex pastors facebook page http://www.facebook.com/photo.php?fbid= ... =1&theater
Top

jack_the_kiter wrote:where did u shoot the photo?
I saw the same design in alex pastors facebook page http://www.facebook.com/photo.php?fbid= ... =1&theater

Took the photo in Cape Town down south after a session @ sunrise...i believe the international office is near that beach. The photo in AP fb page looks like the first photo i posted...no? no wind lately so no new photos

Very cool even though its probably a proto.

Got a ride on the 2012 9m Razor this weekend and fook me does it kick ass.

Also heard that the top riders (airush sponsored and non-sponsored) are saying that this may be the best C kite out for 2012. I can see why, but I don't get to try many models so can't vouch for it. Anybody know anything different? I liked the heart palpitations during my test ride.
Top
Post Reply
35 posts