RichardM - NZ is not the US - I don't think it's even possible to deny public access to the beach ...
And I still think - hierarchy in the right to use public space is utter B.S.
Top

I was going to read Richard's thorough explanation but am going to have to wait until I am a bit more rested. That guy has a lot of energy.
Top

Boaters and their ego. I mean engine.

We use 200m of a 5km beach here. Man comes as a client in my office, sees a kiting photo and says - first thing - we kiters are all bastards for kiting outside our designated area (happens with learners or when the wind drops) and putting swimmers at risk. I treat him mildly because of the private nature of my job.
A few days later I nearly jump over a swimmer swimming in our designated, buoy-marked area. As I turn away from him, I hear his voice: "hey, Vangelis, it's me, Jimmy!!!" ...

PS This man RichardM clearly wants to have the last word on the argument, hence the repetitions in increasingly more words. Still I agree with Poacher though! I think he did the right thing. I also tell people kindly that being around where people kite - provided they can easily avoid being exactly there - can be risky. When I do that with a smile and consideration it is 99% appreciated. If I threatened sexual abuse of their family members I am sure that the port police would be called to the spot in no time.
Top

Sounds like Poacher handled it perfectly. Some people are just assholes. I'm one of the folks at our beach that will walk up to people in the desigated launch zone and politely ask them to move. About 1 in 10 of the people I approach are real fukwads no matter how polite you are. I ran into one last weekend, the drinking dad with his family. I explain that "on this 3-mile section of beach, this is the only 35 yards where we are supposed to launch and land,", and ask that they check out the big sign right there in plain site as they are leaving to realize that it is a legitimate designated launch area by the State Dept. of Land and Natural Resources. Not much you can do with that sort except think that, if they hit you first, there are a lot ot witnesses.

No good way to deal with that sort unless you want to make it real. And we wonder why there are feuds and wars.
Top

WOW! Richard M, I was impressed by your proposed light wind test course with PMU a while back, but I think you have outdone yourself with this one. Way to go!

RichardM wrote:
1. Please don’t misstate my position. If you had a superior right to use the area for kiting than he did for his activity, there would be no problem with your explaining the dangers. However, as explained below, you do NOT. Furthermore, even if you did, if he was still uncooperative, you still have no right whatsoever to either actually put them in danger or give them the impression that they are in danger. Your ONLY recourse would be to attempt to have the authority (which would necessarily confirm your superior right), remove them.

2. You wrongly either actually put them in danger and/or annoyed them by making them concerned about seemingly being in danger.

3. He was ABSOLUTELY CORRECT. As explained below, he had a superior right to use the resource.

4. You explained that if he did not comply and move that you would continue to endanger them with YOUR ACTIONS. This is an obvious threat. At best, you could say it is implied rather than overt.

5. Completely immaterial. If someone was ruining your day by shooting at the ground around you, you’d probably leave because of it and the fact that they didn’t tell you to leave changes NOTHING.

6. Although you were not obligated to “ pack up our shit on a perfect day and just go home”, you were obligated to cease any kiting activities which interfered with his superior right of use.

8. These are poor examples because they are both commercial in nature and if not authorized are probably illegal and if authorized, would probably have a superior right (depending on the specific authorization).

Therefore, for the sake of your example, lets assume you’re doing these activities recreationally (like your kiting). In this case there isn’t any easy way to determine use preference and it would hinge on any specific park rules or have to be settled by the authority.

9. If you thought you had the superior right, convince him. If unable to convince him attempt to get enough info to identify him to the authority and file a complaint. In the meantime, move.

10. Unless you have been told by the authority that you have a superior right to use the area and supposedly other uses are not allowed or must yield to kiters, then when conflicts such as yours arise, and the authority must take some action due to complaints, almost always the result will be either regulation or more likely, banning of kiting.

This is because the authority is tasked with the job of theoretically maximizing the beneficial use of the resource, usually for the maximum number of individuals (essentially, voters).

Some of the criteria which an authority must necessarily consider to accomplish this goal include:

1. Is the use dangerous to OTHER users? (To what degree (compared to other uses?)
2. Is the use dangerous to the PARTICIPANTS? (To what degree (compared to other uses?)
3. How much space does the activity require per participant? In total?
4. Is the use compatible with other uses or does it prevent other concurrent uses?
5. Will it have any adverse environmental effects?
6. And MOST IMPORTANTLY, in order for the use to be permitted in a way that there are minimal adverse impacts upon any significant number of OTHER users, will extra WORK be required on the part of the authority? In the case of kiting this usually means that new rules and regulations need to be created from scratch and then implemented in order to keep the irresponsible kiters from interfering with the vastly larger number of much less problematic users.

Except for #5, kiting will almost always be FAR AND AWAY at the TOP of each consideration and ESPECIALLY regarding number 6. Obviously, most bureaucrats will just take the much simpler action of banning ALL kiting rather than doing the work involved in #6.

Although you’ll see from my many posts on this subject that I believe in trying to FORCE the bureaucrats to do their job such that a reasonable accommodation can be made such that kiters can use the resource as much as possible, you’ll find that the vast majority of other posters do not agree with this concept.

At any rate, you can either understand and accept the concept of highest and best use regarding recreational resources which means EVERYONE ELSE has priority or you can aggravate non-kiters by wrongly asserting a superior right. In which case, you can expect that non-kiter complaints will close off access.

@ Poacher, seems to me like you did everything right, and no I can't see any threat in your words either

Please don't assume that kiting in the US is the same as everywhere else, it's not, some of us actually enjoy it

so my buddies and I are playing a pickup game of baseball in a park. We are not in a baseball diamond but just a grass field in a park. In the middle of the 6 inning a family comes down and setts up a picnic right in the infield. I walk up to the mother and say" excuse me, we are playing baseball right here and you may be in danger of a ball hitting you or your family"


according to RIchard M ( the official bore your ass off the thread lawyer of kiteforum) this is a threat and I am stepping on their Superior use. what the f-ck, it is called common courtesy which I guess in this day in age is replaced with selfishness.
Top 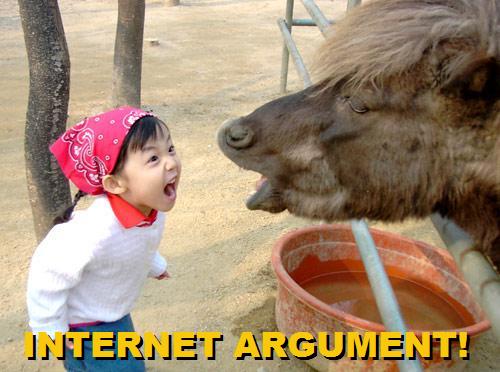 
hahaha!!!! but its an enjoyable arguement!