Has anybody of you already had the chance to test the new BEST TS Kite?? Wanna try it and would like to get some feedback! Should be a nice one.. and there's also a LW version!

Yes it looks really nice, I´m going to go for the GP in the biggest sizes this year, but thinking on replacing some of my Taboos with the TS in smaller. The Taboo was such an amazing kite so I can´t wait to try the TS! Will test it in Tarifa tomorrow and for some days, so I hope I can write a review next week...

That would be great, thanx!
I tried the GP as well..great C kite with a nice unhooked feel and I was surprised of the lift it gives you!! Still deciding if I should get the TS or GP..The TS should be great for wave riding as well.. How do you like the GP Bar?
Looking forward to your review!

BAck to the TS, the 15m I had a go on Saturday afternoon. Day had started out on my 14m Taboo which was at its bottom end, but after a few hours wind picked up enough for being very nicely powered. Had a 20 minute run on the 15m and while feeling even more powered was easily controllable. As Im 100kg and the wind started of in low the setting was for slower turning which I didnt like but kite was stable, sat where I wanted and gave the power when wanted. Other riders who have the 15m Taboo loved the TS. The new sliders/pulley on the 15&17m bridles are small and doesnt affect the handling.

First go on the 10m was in 24knts gusting to 29knts. Took me about 5 minute to get the feel of it but after that nothing but a grin on my face. Kite looks awesome in the sky, construction is still top notch and graphics are nice!!!

Word of warning here for anyone buying, DO NOT store wet after its first use, as similar to what Kahoona V3 users have said there is colour run.

Ive never kited in any situation where there is as much shore break and waves as down in Devon, and even though I didnt go out too far the TS gave me great confidence in throwing my board about. Power is generate through most of the window rather than how the Taboo was low down. This gives you more power on the upstroke which can only help the bottom end. Jumping WOW what a difference, when you through the kite there is the initial steady lift that the Taboo gave, then you get that extra pull anyone that has used a Nemesis feels.

Even just cruising along, pull the bar in and youve got enough power for some lift, which just made me have a crack and complete my first ever planned Jump Transition.

Backrools which Ive been needing more lift on the Taboo at times due to skill level all I can say is I will have no worries on the TS. Went for one on the Sunday and ended up doing a double.

Sunday was probably 20knts gusting to 28/29knts at times. Taboo 10m alot of folks said didnt hanlde brilliant (i changed to 2nd knot) and worked great, but you definately could feel the gusts.

Managed to grab the TS for the last 30 mins and the grin for the conditions was even better
This thing ate up the gusts, gave power on tap, and loving the new jumping. Even went to playing in the surf a little with my Shinn Monk. Was knackered at the end of the weekend but looking forwrd to changing to the new TS its a knockout
Top

If you test the TS with the Best bar be sure to try the kite with and without line extensions. Personally, I really preferred all the TS I tested on 23m lines or another brand bar with 23m lines. I tested the 15m,12m and 9m over a three day period. On 23m lines the 12 & 9m reminded me a lot of the RPM, which is a good thing

It's a team rider review so take it with a pinch of salt. Leander is a straight shooter though.

I´m back from Tarifa, and what a great week! Nice to watch Leander Vyvey ripping on the new TS, I could not do the same stuff on it but had some great sessions on it though.

We had all kind of conditions, so we got to try them quite a bit, from super strong and super gusty to a bit lighter more stable, chop, waves, and flat water.
The TS is a bit different from tast years Taboo. The print looks nicer, with lots of details. First of all when I got it in my hands I noted a smoother bar feel, and more low end.
It has more response in the bar compared to the Taboo, and even when it´s depowered. So it should be a very good wavekite as well. It definitly jumps better when you send the kite. And the feel when you send the kite is nice, even though the par pressure is light, you can still feel where your kite is even on your first jumps on it. Felt very well tuned!
They have changed the wingtip a bit, so it turns with more of the wingtips. A small slider on the outer side of the bridle, also seem to help this. I found the kite a much tuned more allround kite than the Taboo. It´s really got a nice feel to it. Stable and still very fast. And I loved the way the kite reacted on bar input. You do not have to work it as much as the Taboo, there is slightly less slack in the lines hence the GP. So they have traded away a little sack for way more great allround performance. A lot better lift than the Taboo.
Got to say it the best allround kite like this from Best so far! It´s easy to relauch, not as super easy as the Kahoona, but still no problem. The loop was nice, enough power, but not like it´s going to kill you, so you would still try to boost a bit. It felt even smoother than the Taboo, and the kite delivered a steady power thou out and picked me up before I landed.
As for unhooked feel it was good, it´s not a pure unhoocked kite like the GP, but it does it very well.
I would say the kite is for more people than the earlier. It can do anything. So for most people this would be the perfect kite. I would still say the Kahoona is great, but for those who whant a even more advanced kite, this is a winner!
The new bar is great! Really an improvement from last year. The cuff is not rubber-ish like last year but hard plastic, and the loops is even made stronger. Seems very durable! Every part is replaceable, and buildt upon the model of last year, so I really like this one! They have even put in some plastic in the hole where the line goes thru to reduce line wear. There is also a new stronger and nice leash. The grip on the bar feels smooth and good in your hands.

To sum it up: I really love this kite! Much more low end, it´s fast and has a great reactive barfeel. Best is going to sell a lot of this kite for sure! It´s the perfect kite to sit between the Kahoona and the GP in the lineup. 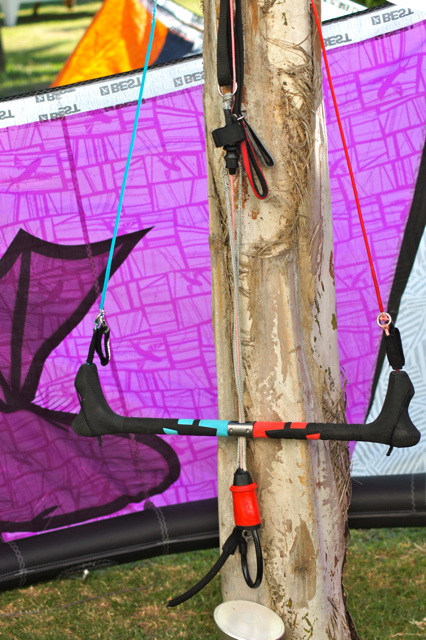 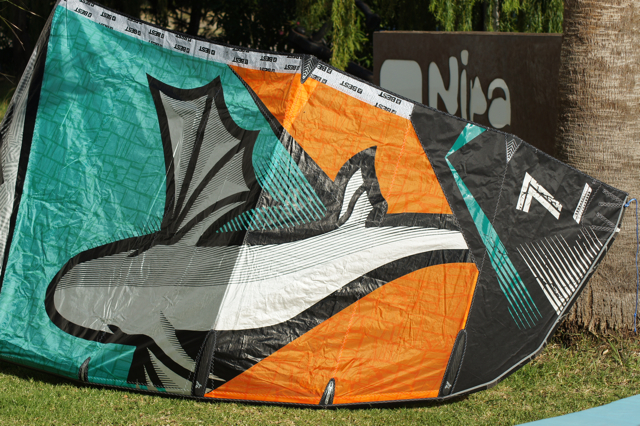 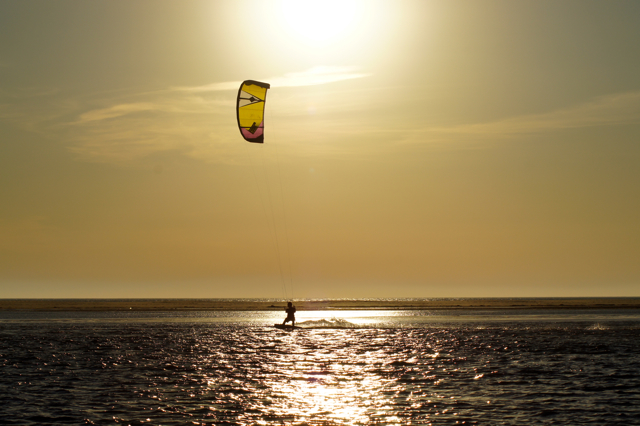 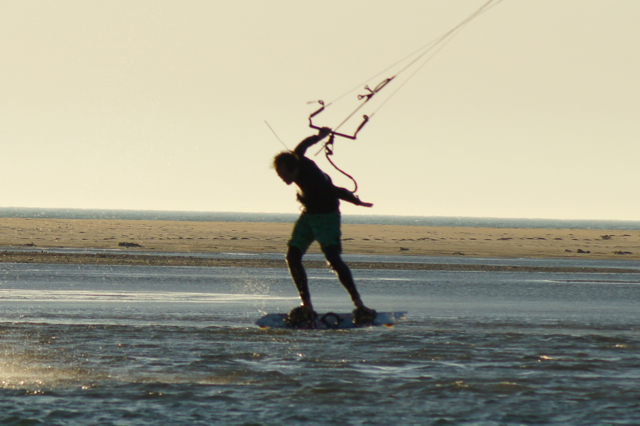 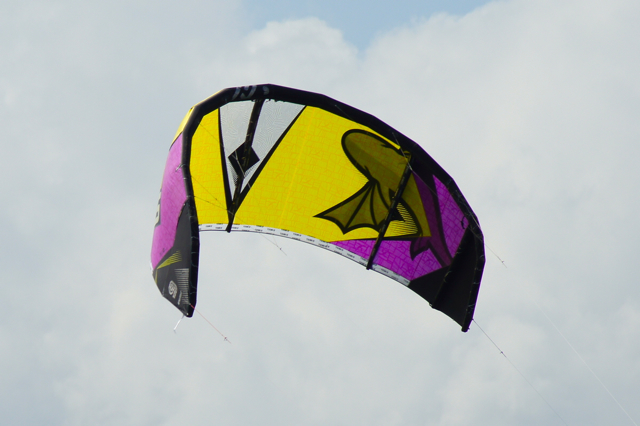 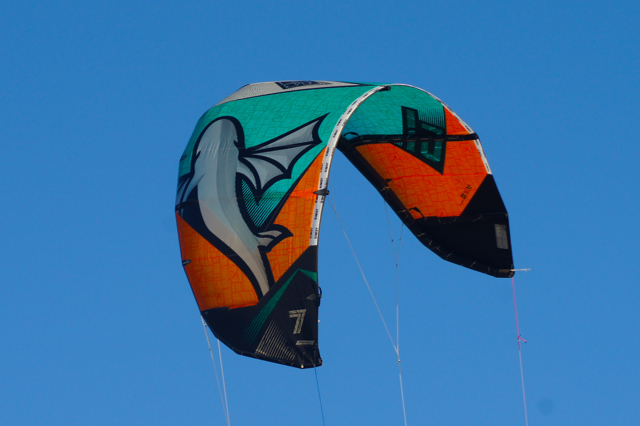 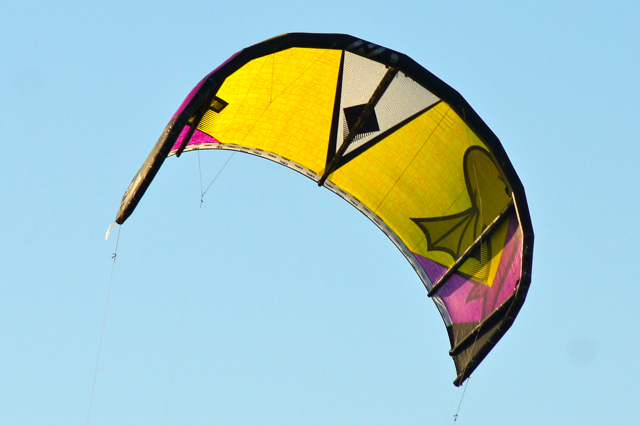 Just 1 cent: I did not ride them but saw them (protos with that triangle on the LE) on the air almost every session this year at my beach. They where always rocking from 12 to 50 knots. The Best riders where using the small ones 4m (and 3m although it is not in the website) surfing from 30 knots until high 40 and they looked wheeet, i found myself wanting one for when i am overpowered on my 5m!

hey simon you guys need to get back to posting everyday riding vid's like back in the day w/ andy, jeff, alex et all - simple vids to see the kite flying in action. all the vids now are overproduced dingle dangle lifestyle oscar premieres.
Top
Post Reply
39 posts