When it blows is like strong sardinian mistral (used at it with 5 and 6 mt kite) so no problem with wind,but cold roily water and idea of sharks made me stiff and rigid.
most of the time very,very close to shore with friends laughing all time....... a shame but fear is fear!!!!!!!!
did not enioy kiting much,need more time with those large waves (not very used at).
Anyway can'wait for going again,nice and quiet people,places to visit,perfect temperature(hate when hot)everything easy ,everything much cheaper than italy,gas, foods, restaurants,shopping,rentals,etc. many spot for every conditions,
only one big,enormous, giant problem ..... the monster continuosly calling from home...... are you alive ? when you came back? and so on . please help!!!!!!!! what can I do!!!!!
I am thinking of going with her next time ,she likes swimming and snorkeling,they say seal island is the perfect place for it!!!!!!!!!!!!!!
Top

So you're trapped between a rock and a hard place or is that a white shark and your monster? haha

First things first: go to the MOST SEXY KITE PICTURE thread, pick a location based on the women, then travel there and ditch the wife. Everybody stays alive and is having fun


also no sharks around here and I´m always puzzled how people in SAfrica, Australia and so on are so cool with them..

guess completely different mindsets, a sardine in steroids would give me a hearth attack

I think too many ppl confuse the images they see of "Cape Town"' on TV documentaries of huge, breaching Great Whites with the Cape Town where the kite beaches are. They are miles away!

They are actually two different oceans (Indian and Atlantic), and the sharks generally prefer the warmer waters of the Indian. Majority of the kite beaches in Table Bay are Atlantic.

Not to say they aren't out there too, but I've never heard of an attack on the Atlantic Seaboard in recent times?
Top

Gear: Looking to change up!
Brand Affiliation: None
Location: Fontainebleau, France
Has thanked: 0
Been thanked: 0

Did you go to Langebaan? No shark risk there. Warmer water. No waves.

I liked my first trip to S. Africa so much that I went back the next season with the GF.
Top

You'd be crazy not to have South Africa in your kitesurfing bucket list. 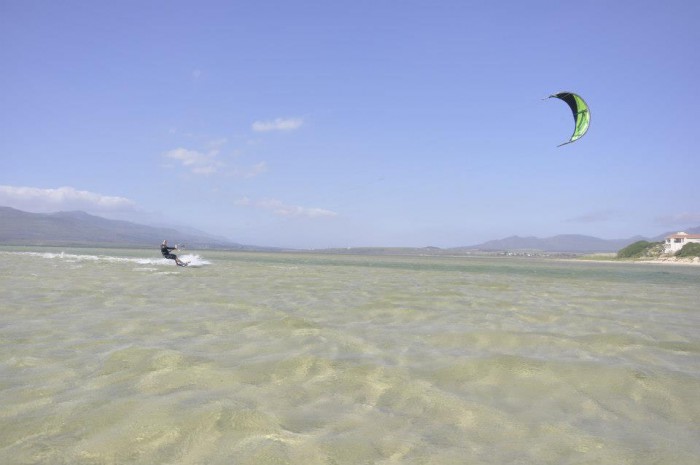 I am glad you enjoyed your trip to Cape Town.

Sharks are, generally, not something you need to concern yourself with on the Atlantic side although it must be said that as someone who has surfed and kited Cape Town for 30 years now, it's the first thing that comes to wind when I loose my board.
There has been a lot of media attention surrounding the increase in shark attacks and a number of potential causes for it. I believe it to be a combination of the following:
1) Shark cage diving
2) Chumming (to attract sharks for shark cage diving)
3) Over fishing
4) Shark protection and the overall increase in their numbers

I did want to mention that those people that visit us here in Cape Town need to become more aware of the rules of surfing and dropping in. Way to many times this season I have had people jib on the inside, when I have been ridding a swell from the outside, and totally ruin what I would correctly call my wave. It can be dangerous.
Top

I dont understand this fear

If you have a "thing" with all things in the ocean, yes.

But most dont, and on the westside as said, there are no issues at all - they are there maybe, but dont go after you.

On the eastside (Muizenberg and vicinities) there are shark watching just like many other spots around the world - and there havent been any attack (well, error bites) as far as I know, except for some who completely disregard the flags.

And the "false" bay at Muizenberg is not interesting for kitesufing whatsoever (wind not sideshore) - but good for surfing because of the warmer water and easy access.

We have been down there many years now, in the summer (January/February) - and having a great time without worrying.

A kitecam picture from last month when we were at Dolphin Beach (and all around the "cape") : 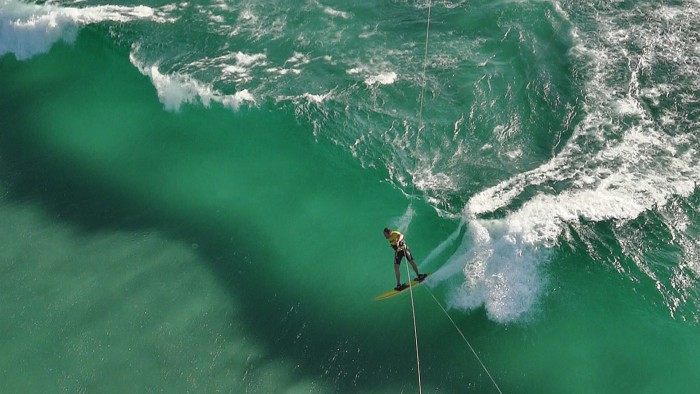