Does this happen to anyone kiting...apparently I go from mild-mannered intellectual to a full on slobbering angry crazy man. Akin to this image... 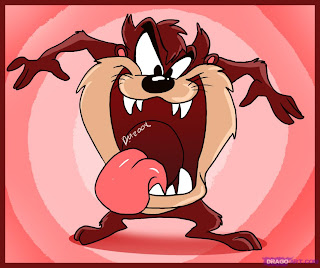 I'm not exactly proud of this behavior change because I appear to be hyper-focused and my situation awareness tends to decrease...in other words I tend to become rather reckless and it bothers me somewhat...anyone relate to this?
Top

Start of all Driving Miss Daisy and end up Fast & Furious

Once I'm out there I'm pretty chilled
Top

does talking to yourself in foreign languages count?
not that anyone would do that...
Top

Yes. And if you don't think this applies to you try going kiting with your significant other, who invariably is on a completely different time scale when it comes to going kiting. Regardless the amount of time we have, I always feel like I am on a time crunch to get as much riding in as possible.
Top

I get mad, yell and scream all at myself for being a chickenshit! I plan these great moves I'm going to practice and find myself mowing the lawn and waiting for the "right moment"Last week I was out in 30-35 on my 8 and just happened to be in the right "mood" Must have done 100 kiteloops,crashed half of them.Waited for the strongest gusts and just went for it.Crashed many times ,deflated kite once from impact,ripped my footstrap off.Smashed my face into bar and knees and had two huge bruises on insde of thighs( still haven't figured those out) Was hoping people on beach couldn't hear me! Must have done something right,got many compliments and handshakes when I finally came in. Best session I can remember. Mellowed right out afterwards

JGTR wrote:Not while kiting but I get road rage the closer I get to the beach in my car

Start of all Driving Miss Daisy and end up Fast & Furious

Once I'm out there I'm pretty chilled

actually any kiter behavior is pretty much the same as the car drivers one. if there is a suburban secluded area with almost no traffic you are goodness itself.

if there is rush hour and lot of "slow" drivers around there will be anger for sure. i mean how annoying are the so called freestyle kiters that ride towards you while you crossing the shallow area on foot with the wave board or the race board because you can not ride it through with your bigger fins?
you even lower your kite for him to pass you upwind but this boardshorted freestyle ballerina decide to make u-turn 5 meters from you and sail away! and that is just for the start!
so i'm not lowering my kite any more for those jerks. no more mr polite!

but yelling and screaming are useless. nobody hear your scream in the sea noise anyway. but swearing and calling names are making me feel muuuuch muuuuch better
Top

I think its very similar to road rage...I get road rage going to the launch and then once I'm on the water it revs up slowly and in half an hour I'm rather oblivious to anyone or anything...I apologize to my buddies for boxing them in and they look at me like I'm crazy saying it wasnt anything...oh well...as long as Im not placing anyone in danger I'll Taz on...

When someone makes a mistake, all cool, pick yourself up, dust off the sand and have a laugh about it but then when you get some douche who is clearly a bully and does dumb things in an inappropriate spot that will surely end badly, I become a different person indeed.

My son being ever respectful was waiting for a guy having a chat to his girlfriend with his kite parked at 12 o'clock right in the landing zone, he was hanging onto his kite in a gusty 20 to 25 knots with me waiting to catch the kite, he was just on the edge of control.

A third person (douche) who then came racing in right through the 2 kites nearly taking the 2 kites out and with no room for error and a wooden fence downwind, there would have been carnage. I glared at the guy but said nothing, waiting for my sons kite to land him.

But then the douche mouthed off at me in a foreign lanuguage so I saw red, f this , i'm going to front this d!ckhead and let him know I didn't approve of his dangerous move. I landed my sons kite and stomped off toward the guy who had a bunch of his mates around him. I barked at him, " do you understand english"? Even at that moment he had a chance to calm me down quickly but his response enraged me further, one sorry would have done it.

As the arguement continued with alot of f's and c's used by me (I'm sure he understood them well enough), all his mates standing around him realized he made a bad move and left him!! Pussies, 6 of them and only one of me (I supose it helps being 6'4" and 120 kg). He was all brave with 6 mates around him and I was moments away from jumping him when he turned around to see he was alone. Sorry sory sorry all of a sudden. I told him if he did anything like that again I wouldn't ask him if he understands english, it will be my fist asking him!! If you would get to know me, that is so not me to get physical!! Were adults after all, we should be using our words, not fists! Damn did he get me angry!

Anger like that isn't good for you and definetly not my thing at all, I'm usually a big teddy bear! But sometimes it can happen hey!

Don't know if I'd like to see you angry robbie, or indeed be the one who made you angry!

But then again I reckon I could out run ya, so I might be a chance...lol,

It doesn't really get crowded enough where we kite, but I have had a few incidents. My brother and I had an interesting upbringing, and spent a lot of our youth and early twenties hitting first talking later.

That alone was enough to to teach me to always stay calm when kiting and especially on the road. It also taught me nothing good comes from violence and also you are one punch away from hitting someone who can really mess you up...lol

But this experience in my youth has somehow given me the ability to stay calm when others are losing their heads,,,have stopped a number of potential bust ups at crowded spots.

That being said...if my son was put in danger ( he only 5 at the moment wont start kiting until he is 6....ha ha) my reckless behaviour (and I know Robbies son so it makes me all that a bit more angry reading it), I would see red. If the guy was being a wanker when I approached him I am certain ( unfortunately) I would give him a large dentist bill with my head, knees and elbows....tip don't use your hands fingers and wrists break.

But yes it can bring to worst out in us....only human after all.
Top

I'm pretty chilled on the water. I'm more in a zen zone doing what I enjoy.

My personality change is off the water when I haven't had a session for a while. Then I become a grumpy wind junky needing a fix. I get particularly pissed off if there's glorious wind and I can't utilise it because of other commitments.
Top
Post Reply
28 posts

Users browsing this forum: No registered users and 76 guests