Stormsure is the same I think.
Top

guys just a warning, be careful using any glue designed to be used with vinyl it can melt the polyurethane that the bladder is made of --- it won't hurt the valve which is plastic but the polyurethane can melt and if you get a wrinkle it will ruin your glue job. Glues like aquaseal and 3m 5200 (red) have been used for several years so we know they are fine to restick a valve. Also while acetone can remove some glues it won't remove aquaseal or 5200. Any solvent which removes those will also dissolve the polyurethane so make sure you restick the valve correctly the first time. If you make a mistake you have to cut out the valve fix the bladder with some tear aid (use tear aid type a, type b is for vinyl), cut a hole for the valve and restick. If you are doing valve resticks you are also repairing your own bladder, so you will want a roll of tear aid type a anyway.
Top

I've been using this for a few years. A German friend bought me a few tubes http://www.pattex.de/do-it-yourself-mit ... arent.html

Works well and doesn't require weight to bond, but i have no idea what the glue is or is designed to stick. Always wondered what glue was actually used to glue valves and bladders? Is there a general type rather then a brand that can be used?
Top

Seems like people like the replacement valves except for the 15 USD cost. I've found them to work well. I'd be skeptical about several glue adhesives -- fine for the first application, but the residue could be a problem with subsequent repairs.

Has anyone tried the same stuff that's on the replacement valves? I'm pretty sure it's the same stuff used in 3M transfer tapes (without backing). Note: this is not the typical double-sided tape -- it's just the goo that's used on tape -- pressure sensitive adhesive (PSA). I'm thinking that you'd clean off the old valve and bladder, apply the transfer tape to the valve, cut out the center, remove the liner, and apply to the bladder just as you would the new valve.

Several flavors can be bought here:

I'm thinking 9482PC would be good, but they don't sell it wide enough (perhaps it can be overlapped ok since the goo is very conformal, or buy custom cut). F9460PC may be another good choice.
Top

Discovered a delaminated outlet valve on the weekend. This was on a valve that I had re-glued with some vinyl repair glue two years ago, so I suppose the fact that it lasted this long is not bad.
I would have used DP8005 but didn't have any on hand at the time, and figured it wouldn't hurt to try something else.

On the same kite, I had re-glued the inlet valve with DP8005 the previous season. So three years on the DP8005 and its still attached like sh*t to blanket.

2. Delaminated outlet valve - you can see some of the previous glue around the edges.

3. Bladder and valve wiped with acetone. Bladder stretched over a small box with a flat surface. Two batteries to prevent the bladder from wrinkling. Yellow shopping bag plastic to prevent excess glue from bonding the bladder's insides together. Valve put inside a plumbing fitting (end cap of a 1/2" Johnson coupling) to provide a bearing surface.

4. Squirt some DP8005 on the valve and carefully place it on the bladder so the holes line up and the valve head is oriented correctly. Place another battery on top to weight it down. Leave overnight to cure. 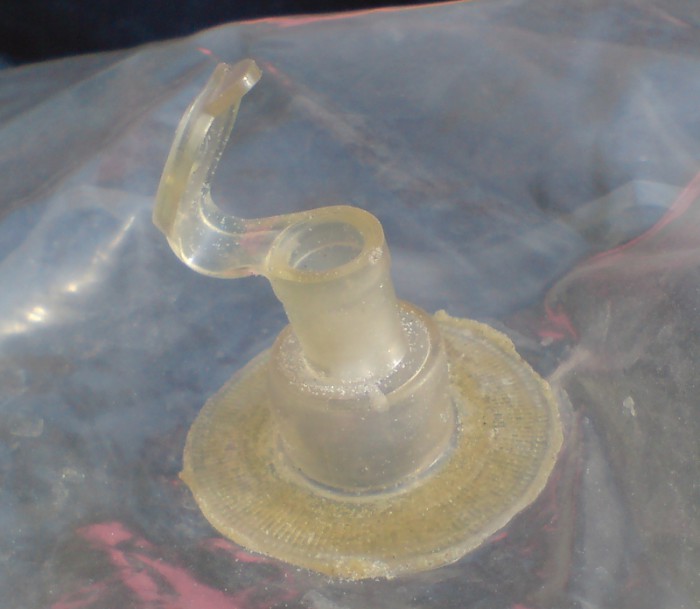 1. Originally glued back the inlet valve about 3 years ago. Still good. 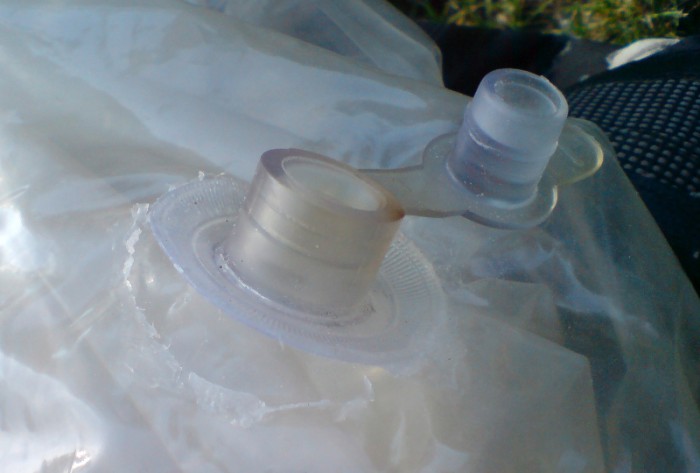 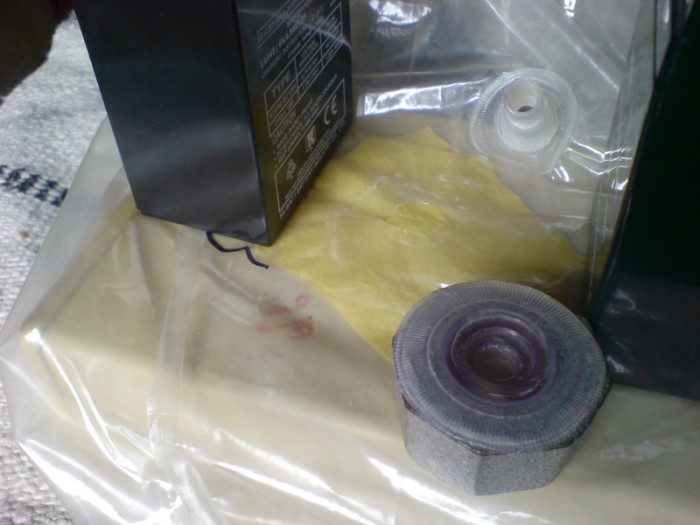 3. Bladder and valve setup and ready to be glued. 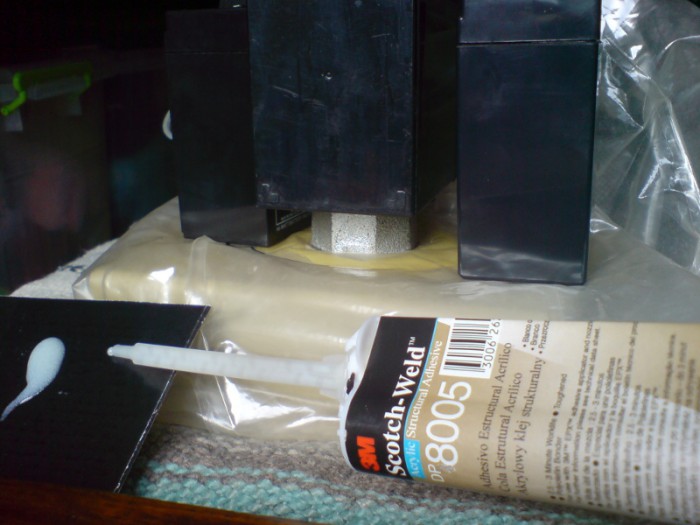 4. Glued the valve to the bladder and put some weight on it. 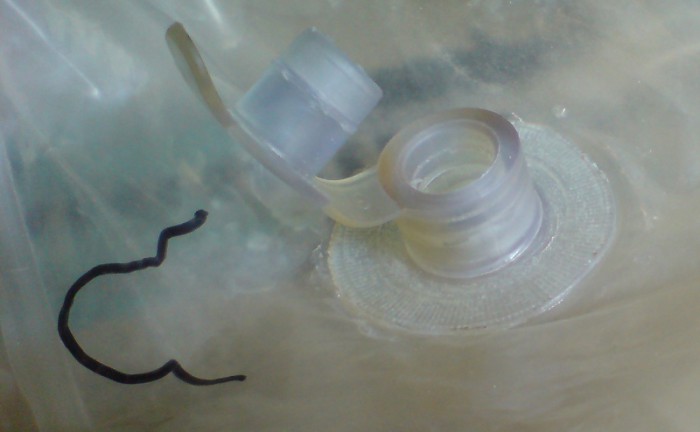 5.The end result - should be good for the next few years.