Predictions for Ram Airs in 2015


because you have no idea what you're doing....
Top

Kamikuza wrote:That's cos you don't know how to fly a foil...

because you have no idea what you're doing....

Same opinion here, but maybe he could squeeze more power and upwind from the Strutless than


because you have no idea what you're doing....


+ that Speed is not trimmed well.
Depowerstrap is pulled al the way and kite is still doing backstall...

Backlines are to short and who knows how the Mixer looks like...

Also its better to loop the speed for the start.
Please try a working Foil and you will be happy

Kamikuza wrote:That's cos you don't know how to fly a foil...

because you have no idea what you're doing....

Same opinion here, but maybe he could squeeze more power and upwind from the Strutless than

Hawaiis --- the reason there saying that is because Ya got the kite chocked-off
with the bar pulled "IN" , while the thing is going up-hill at a near stall.

Look at 2:10 here ; about a span from the water and pointed up-hill, with
the bar sheeted in almost 3/4.

@ the new foil guys here :
just before the kite slows to a stop , you should
be gaining energy by placing the kite path along the horizon , (and tugging on the front-lines)
and do figure-8's , till the wind comes up strong enough for the kite to climb up the hill on it's
own energy. if you wait till the kite Stops to do that, then you waited Too long !!
Also --- You'll be doing Down-Turns, in those figure-8's ; NOT Up-turns.

Leave the bar OUT while it's going up hill, and pull IN slightly while
the kite is going Down-hill. Over sheeting a foil will usually result in a Stall. 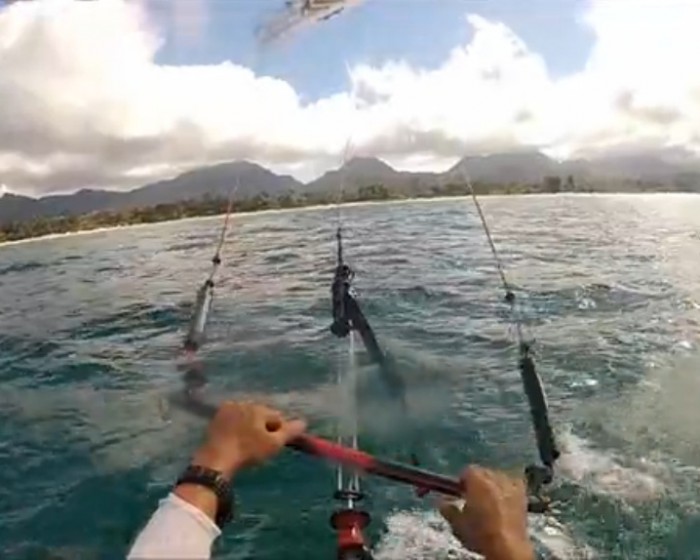 If you listen to Pump Me Up, ram air kites will innovate by:
- replacing their complicated, tangle prone bridles with a 4 or 5 line system for a more direct feel
- to improve canopy stability, they will move to a single skin design with some kind of rigid leading edge
- replacing the canopy support of the ram air cells with some kind of batten or strut running from the rigid leading edge to the trailing edge
- maybe have some kind of integrated air pocket so that they can float
- be constructed entirely from the thickest dacron possible, so that they have the durability and lifespan of a Hummvee (and weigh about the same).

I am very glad Pump Me Up doesn't design kites. The market thrives on variety. Companies that innovate bring bigger shifts in the market. Before Wainman, nobody believed a 3 strut kite was feasible, now everybody has one. Ram air kites have proven themselves as the fastest kite for racing, in the hands of the number one racers, not third tier hacks.

Pump Me Up, if you don't like ram air kites, don't fly one. And do the rest of us a favour by posting about stuff you are stoked about, instead of whining about ram air kites. Nobody loves a whiner, everybody loves the guy who is stoked as all hell about the smallest thing.
Top

That last paragraph applies to Aummm, too!
Top

Hawaiis wrote:Let's see if any of your foil kite can go when it is barely hanging in the air in 4-5 knots.
[vimeo]

this was a brand new kite out of the bag 1st time. It would hang at zenith indefinitely. Wind meter reading was the exact same with both meters i had. 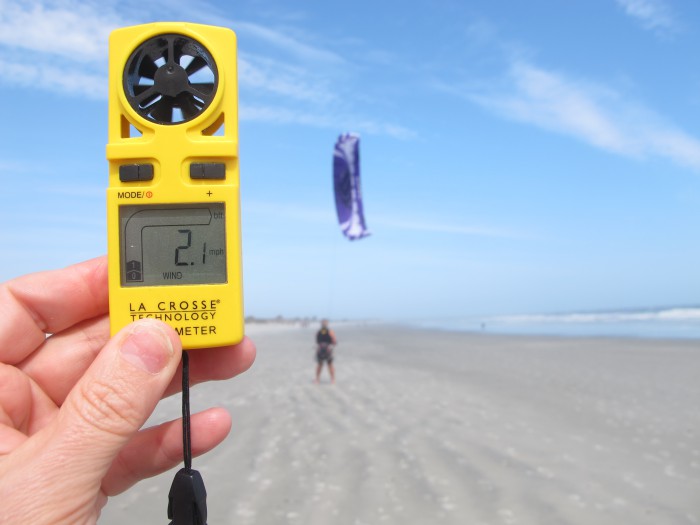 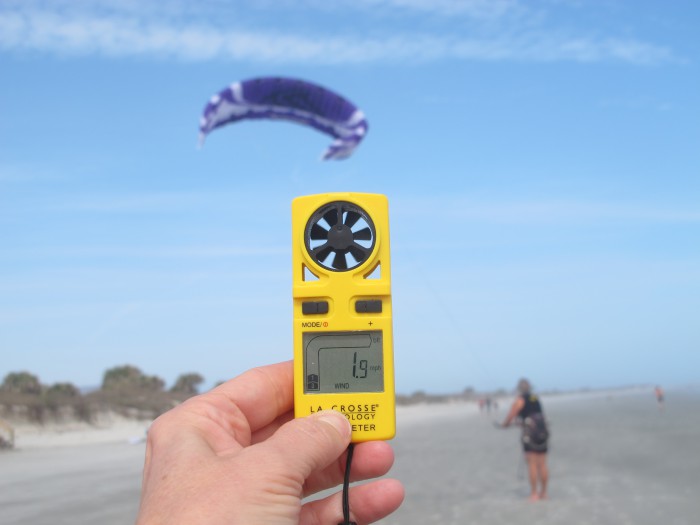 I agree with the others: the kite lines are not adjusted properly. Either the steering lines are not the same length as the front lines or the mixer needs some simple adjustment or both. If you take a few minutes to go over things and make some simple adjustments, I think you'll find the kite will fly perfectly well. I have a 4 year old Speed 3 19 DLX that I have used tons and it stills flies perfectly.

And for hydrofoiling, the 21 is wayyy too big. I'm about 175 lbs and I use the 12 m Speed 3 DLX with the Alpine Foil standard wing as my light wind setup. If the kite just barely stays in the air, you're good to go.

Also, on the original topic, my wife just finished a series of beginner lessons. When the wind was light, the school used the Speed 4 Lotus 12 m. She said it was easier to relaunch than the tube kites. I was quite surprised at that coming from a beginner. I've had no issues with relaunch, but I've got a lot more experience. I have both types of kites, ram air and LEI, in my current quiver.
Top
Post Reply
52 posts