airsurfer wrote:2015 Apex. you have to remove the ion clips and feed the straps through the s1 on on side and the quick release o the other side .

Like others have mentioned, longevity is a concern for me.

Here is my S1 spreader bar that I've used for a few months. IMO, aluminum is too soft to be used as a load bearing clip. Also, the titanium screws and aluminum are reacting in saltwater as seen by the white corrosion.

If you get one, it should be awesome for awhile, just keep an eye on these areas and maybe put some water repellent grease over the fasteners to slow down the electrolysis.

Hopefully NP is paying attention to these comments. I think they have some really good ideas that just need a few tweaks to become great. Also, NP and Cabrinha are pretty good about warranty and recalls, unlike some other brands. So if an issue does come up you might feel better knowing Cab/NP is pretty good about issuing replacements if they decide to do a recall.

If I was designing this, I'd say keep the pivoting concept, that's cool! keep the halo concept, that's also really cool! scrap the aluminum weight savings idea. Aluminum tends to corrode, crack and pit over time in saltwater, especially when touching dissimilar metals. It may be fine for the hull of a boat but I wouldn't want to practice kiteloops on one that is a couple years old. 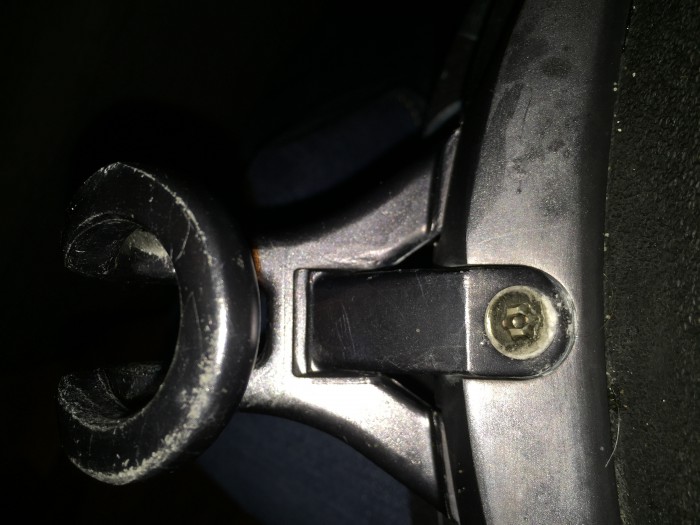 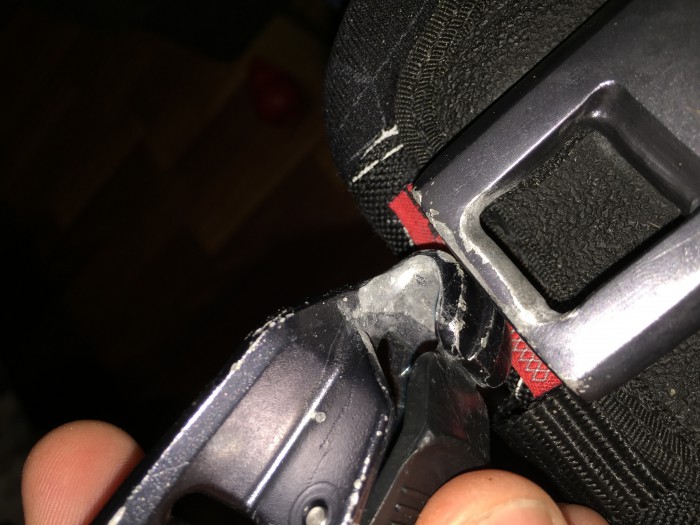 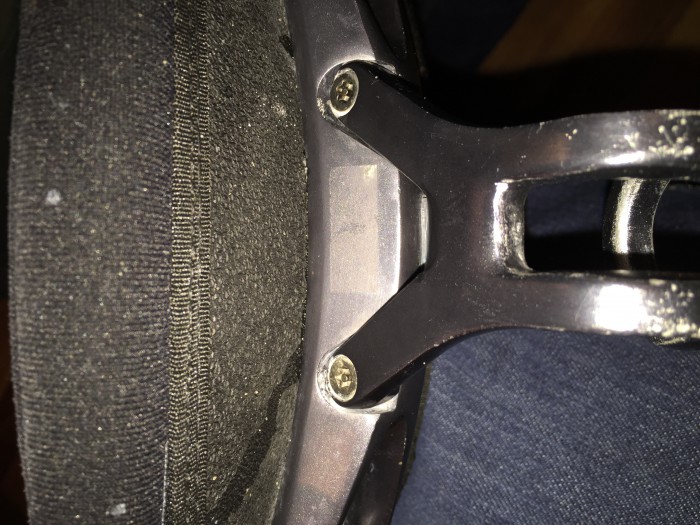 I've had the fixed hook version for 2 years before the tracker no corrosion or galvanic reaction but you have to rinse these every session.
Top

airsurfer wrote:I've had the fixed hook version for 2 years before the tracker no corrosion or galvanic reaction but you have to rinse these every session.

How is the side entry clip holding up?
Top

I finally tried my S1 Tracker in Boracay after purchasing at christmas. As a firm believer in NP products I was completely disappointed in this hook. I think for surf or snowkiting it is probably great, but for general riding and boosting it was horrible. I did a 720 midair because when you take off from the water, the hook acts as a pendulum and throws you in all sorts of directions. In the hour i rode it, i had 3 major crashes that I have never experienced before. i quickly went back in and put the normal spreader bar and had zero issues after. I also tracks 2m higher with the WOO with the fixed hook.

pākihiroa wrote:...Both these bars look very interesting and I wish I had discovered them earlier.

I can't understand why there haven't been any replies to your post and yet there are multi-page threads on home made sliding spreader bars, getting rid of the chicken loop, getting the chicken loop closer to the body, and so on.…..

That would probably be because those people discussing spreaders / sliders / no hooks in those multi-page threads are using gear of their own making for 5-8 years now, or a Jay bar, or a Maui bar. A ring instead of a hook would have been an innovation in 2003.
Top

I did end up buying the Tracker bar this winter as well. I didn't mind it. I thought toeside was a little more intuitive and comfortable overall. It took most of the harness twist away that's annoying. All other riding and jumping seemed to be the same. I didn't find any shortcomings.

The buckle thing wasn't an issue for me, but I could see how it might be a bastard with gloves when cold. It is really easy and super quick to take on and off with bare hands. The bar worked perfectly on my Pro Limit Kitewaist Pro harness too. The bar pad wings tucked into the harness like it was made for it. The bigger, more cushioned spreader bar pad kept the bar from digging into my ribs. It was comfortable and the alloy bar seemed lighter than the stainless steel Pro Limit bar.

Overall I'm ok with the purchase. We'll see how it fares down the road with corrosion and maintenance of the bolt and spring. But it shouldn't be an issue.

So was it worth the $120? Tough to say. I'm comfortable riding toeside and this seemed to make it a little more natural. I'm all for anything that saves me weight in my travel bag too.
Top

Has anyone tried it with a Dakine Pyro harness? Can you use it with the power clips, or do you need to remove those and just use the webbing on one side and the NP clip on the other? I kind of like the power clip setup, and I love the pyro. But I don't love harness twist and I haven't been crazy about the J-bar or the Ride Engine with the rope. I have been tempted by the ride engine with a hook, but I don't really dig their plastic tubing latch system.
Top

Hi there,
I am considering the NP tracker spreader bar.

Do any of you have comments (positive or negative) on the tracker bar ~3 years after the latest post in this thread?

I will be using it primarily for the surf.
Top

Do any of you have comments (positive or negative) on the tracker bar ~3 years after the latest post in this thread?

I will be using it primarily for the surf.

the tracker has been designed with surf riding in mind, you'll be totally fine with it. I have used mine with several different harnesses and it works great for toeside! On a twintip I can edge and go upwind almost as hard as heelside.

But not as serious as a normal fixed hook would do.
For big air, you might be better off with a fixed hook spreader bar. Same for unhooked freestyle.

As for the EZ buckle that wears off a bit (rounded edges), you should be able to get one as spare part.
Top
Post Reply
32 posts