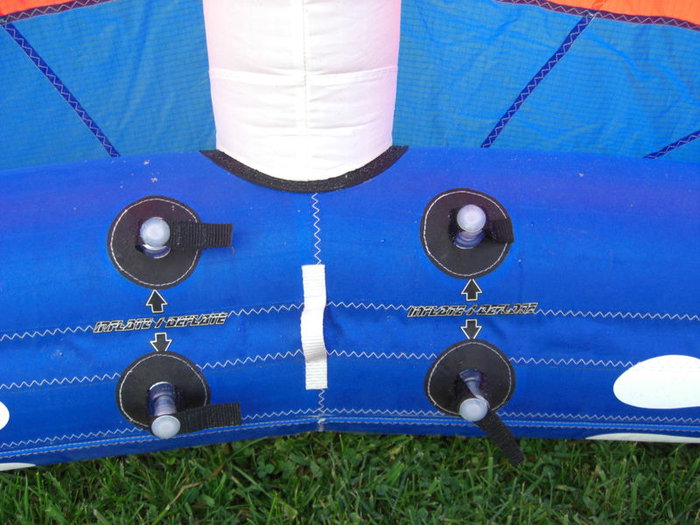 iriejohn wrote:The LE diameter could be left the same to maintain rigidity but the LE front and trailing edges could be profiled into more aerodynamic shapes to reduce drag. Don't know how though, maybe internal ribs in the LE bladders?

Let's say the front remains as is but if there's a second layer of ripstop from LE to main sail making it a drop-shape?

Doesn't need to be too wide, let's say 1.5x diameter of LE wide

There's a smaller unknown brand that does that with their bigger sizes (15-17 I think) but I can't remember the name...

Faction kites (spin off of Jojo kites) had this leading edge in 2003. The kite was called Energy I think. It mat have won design awards in Europe too. The idea and company never took off though. 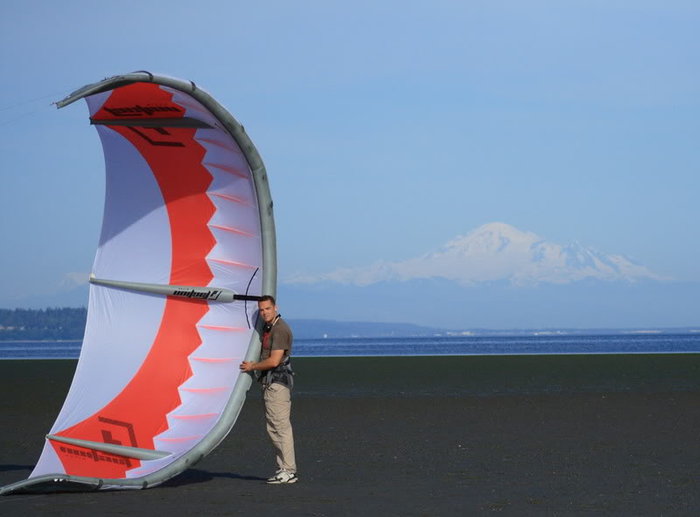 They're making a flatter leading edge right as we speak. It's supposed to cut through the wind better with more speed while helping the canopy catch more air. This means less kite stall and better low end. They will be in production soon, be on the lookout
Top

Brand Affiliation: None
Has thanked: 204 times
Been thanked: 286 times

That's been a wild history trip today. Thanks!
Top

Meaning, stiffness is proportional to diameter cubed, so if you have the double stifness from two tubes, you can only decrease the diameter about 20% instead of 50%, so the gain is small compared to all the other disadvantages

But hats off that they tried it

The over-all stiffness required to hold the shape , can be done with only 1 tube
as it is made now ; the smaller diameter second tube, located in front, can have
a lower pressure as long as the stagnation-point on the LE is supported enough to
keep it from deforming.

Two tubes with different pressure, that were encompassed by a third outer shell,
could make a somewhat smooth transition for the airfoil, with a minimum of battens.
The battens could be held in place with a pocket, that allowed them to protrude out
the rear upon impact.

Inflatable speed-boats started out with one tube ; then a second smaller one was added
to reduce drag and the speed went up because of the reduction in wetted surface aria
then a third even smaller one was tried for really fast speeds. The transition between
the tubes was straight ; i already mentioned how to get around that . 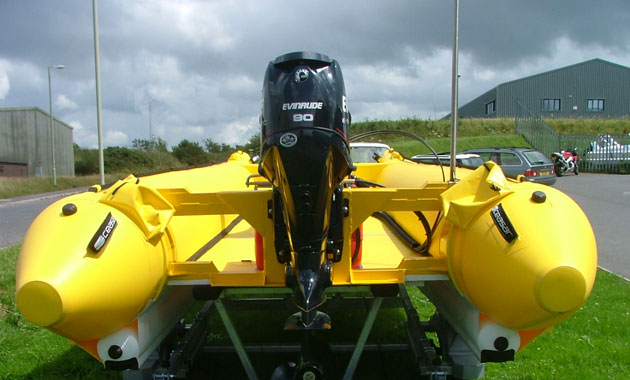 There is a better way :

Google search inflatable SUP boards construction ; and you get something
like this :
http://www.supnorth.co/why-red-paddle-co/

Self explanatory, as to how this technology could be used !!

We'd be using about as much of the airfoil on the LE , as where
the #2 is located on the cross-section or maybe a bit more back to
almost #3.

I tried to draw a circle where the bladder is now, with my mouse LOL
and the blue line represents the portion of the airfoil i would use.

See how the airfoil is nice and flat on the bottom surface, (behind the circle)
i drew in ; i think a sharp angle L shape, where the air exits and goes rearward
toward the back of the kite, instead of the round tube we have now, would
create a LOT less drag on the bottom surface. Actually i Know it would be less
draggy, and the stagnant air behind the step, would act almost as good as a
full double-surfaced bottom we have now on our ram-airs.

Weight wise would be of little concern to me ; kite size for this technology would
probably be 12M or less, (not made for light winds) but built for winds of 20-kt +.

Aah, yes it was Gaastra and not North 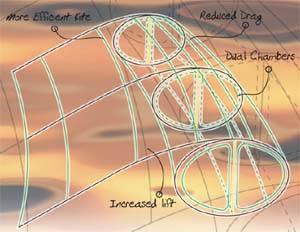 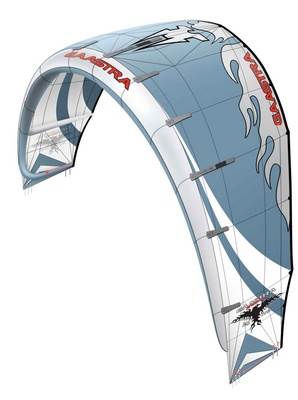 Bille wrote: ...
See how the airfoil is nice and flat on the bottom surface, (behind the circle)
i drew in ; i think a sharp angle L shape, where the air exits and goes rearward
toward the back of the kite, instead of the round tube we have now, would
create a LOT less drag on the bottom surface.
...would act almost as good as a
full double-surfaced bottom we have now on our ram-airs.

My printer is dead ; i'll do something about it when i return from my flying
trip. Here is the best i can draw with the mouse below.

I'm thinking a profile like this, would be a LOT faster than what we got now; and
to slow it down , get someone like --foilholio-- to come up with a way to change
the camber when the bar is sheeting in/out. Camber changing is easy on a ram-air.

Thought i would mention this ; before someone gets all pissy and says that
the smaller diameter on the leading edge, will make the kite more pitch sensitive :

Yep that is true ---
however
if the TE goes down and up, with the sheeting of the bar (like the breaks on a ram-air) ; the
AOA of the entire wing will change , WITHOUT changing the AOA of the bladder. Coupling
the two together , would be the bitchen-cool way to go .