I've never used sunglasses, last season I started wearing a super duper polarized water repellent pair...will never ride without them now.
The only problem is that you end up looking like an idiot (or a Maori warrior if you prefer) with your face colors...but oh well, I ride with an helmet I guess I can take that as well...
Top

I am a raccoon 24/7/365. My sunglasses tan line never goes away even in the snow season when I am in goggles. It is like a tatoo now after 10 years in the wind and years before in a kayak.
Top

From the World Health Organization:

The eye is recessed within its orbit and shielded by the brow ridge, the eyebrows and the eyelashes. Bright light activates the constriction of the pupil and the squinting reflex to minimize the penetration of the sun’s rays into the eye. However, the effectiveness of these natural defences in protecting against the dangers of UV radiation is limited under extreme conditions such as sunbed use or strong ground reflection from sand, water and snow. Acute effects of UV radiation exposure include photokeratitis and photoconjunctivitis. These inflammatory reactions are comparable to a sunburn of the very sensitive skin-like tissues of the eyeball and eyelids, and usually appear within a few hours of exposure. Both can be very painful, but are reversible and do not result in any long-term damage to the eye or vision. Extreme forms of photokeratitis are 'arc-eye' and 'snow blindness'.

Cataracts are the leading cause of blindness in the world. Proteins in the eye’s lens unravel, tangle and accumulate pigments that cloud the lens and eventually lead to blindness. Even though cataracts appear to different degrees in most individuals as they age, sun exposure, in particular exposure to UVB, appears to be a major risk factor for cataract development.
Top

Pterygium is commonly called "surfer's eye," you don't have to be a surfer or ever see the ocean to get a pterygium.
But being in bright sunlight for long hours — especially when you are on water, which reflects the sun's harmful UV rays — increases your risk. 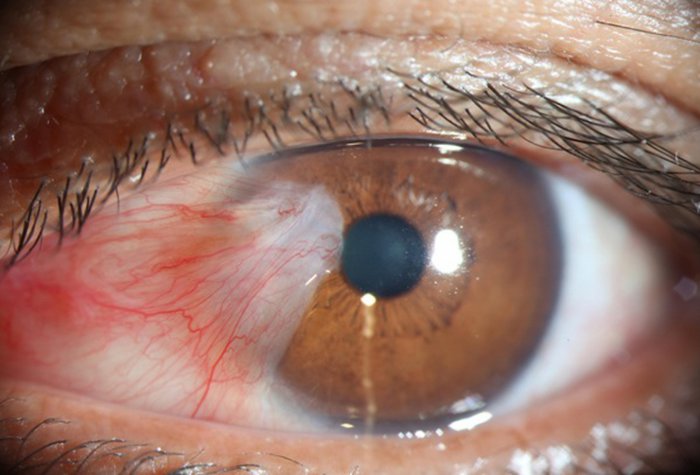 I guess it depends where you live and at what time of the day you're on the water. In Holland there's no need for them, might give some comfort for those sunset sessions but the sun isn't very bright late in the day anyway.
Top

Where i ride it's usually a dust storm and have ridden with out glasses and felt i had done damage to my eyes. Ive done this multiple times. When its bright out i tend to squint a lot and get minor head aches. Just pay attention to your eyes. If riding makes them sore then it's probably good to protect them. I feel that I have done damage to my eyes Kiteboarding without glasses.
Top

My optometrist says you will not "feel" any issues because the damage is progressive and cumulative and eventually you will have "real" issues
He also says it does not have any effect on your regular glasses changing it's prescription
Might seem all OK but UV danger he says is there even on cloudy days
According to him people with younger eyes in their teens,twenties,thirties,early forties are not as sensitive to the sun's glare so they feel invincible
He says that once our crystalline lenses loses it's clarity from cumulative UV radiation the eyes will scatter the light of the sun and make it's glare less and less bearable
Slowing down that process is a very good thing for all kind of reasons that many have posted already


That sounds about right, I'm 55 and was skiing at Snowbird last week on a full sunshine day and even with my UV goggles was having trouble dealing with the glare, my kids were fine.
Sucks getting old..
Top

Had pterygium removed already. I didn't let it grow to the point in the picture, it was just starting. The surgeon said if it happens again the second operation is more "messy" so I don't go out without sun glasses, period.
Last edited by marlboroughman on Sun Apr 16, 2017 3:47 am, edited 1 time in total.
Top

I'm planning on kiting without sunglasses when I turn 90, which might mean I will need pterygium surgery when I'm about 100-110. At that point I will also consider taking up BASE jumping, drunk driving and meth. If I live to be 120 I might even go for golf.

Until then I will probably keep wearing sunglasses for my Mexico, Texas, Caribbean and other tropical kitesurfing as well as my snowkiting.
Top
Post Reply
83 posts