Hey All.
Was hoping for some advice on an issue I had with a brand new 2018 Naish Torque Control bar. On my second session with a new ATB 55 the Chicken Loop popped out of the push away quick release after I inadvertently triggered it with only a light touch. Without going into fine details, it was very difficult to reset with the kite still in the sky and very easy to only partly reset ie. appearing reset but will pop under load. The outcome was I lost the bar up the flagging line and had to swim in through the wave zone. Was wondering if others have had similar problems and what you've done about it? I have reverted back to a hook as opposed to a slider rope so I don't have to release the CL every session. Upon testing the QR on dry land I’ve found that if you do not reset the CL with the QR fully pushed out you have the potential of only partly resetting it however giving the appearance it is fully reset. It will pop under load in this condition. I've noticed Jalou and Kevin in the videos both connect their safety leashes just above the QR as opposed to the flagging line which makes me wonder if it is a known issue. Perhaps it's just to ensure they don't loose their kites out in the waves as I did with the flagging line. I don't believe it's a design fault so I haven't gone to Naish about it, just a particular nuisance about it IMO. My advice for others is to testthe QR on dry land and become really good at resetting it under load.

It does need a tad different technique than the old ones, but it's not hard and mostly just getting used to a little less travel for the release.

The reason why the Langerees hook in/ deadman is simply because they do unhooked stuff. They would do that on any bar.

I've ridden that bar a full season, and once in the beginning I accidentally pushed the QR. The way to put it back together is simply to let go of the bar and hold on to the CL with one hand use the other to reset.

If you are worried the kite will fall faster than your reset, simply lower the kite so one wingtip rests on the water and then do your reset.

I suggest releasing and resetting a few times on land.. that is good practice on new gear any way. If it is not set properly it will release by you just pulling on the deposed line on land. Once you've done it a few times you'll see it very easily.
Top

2017/18 bars are more sensitive. My harness turns from side to side when I ride waves and I usually turn it right with my hand to the hook. The first time i used my new bar i released QR only by touching the hook and QR by mistake, in the wave zone. As you write, it's easy to get it wrong in the resetting, I've even done that and QR releases right away when it becomes tensions in the lines , if it's not properly reseted.
Top

That’s some really sound advice. I found most of my pre-2017 Naish Control Bars had detents where the QR would hold in place allowing you to concentrate on resetting the CL. I did try the Torque Bar QR on the beach a few times pre-launch but was not expecting such difficulty in resetting on the water. Will give your technique a go Tautology. From memory I think that was how I did it in the end but still only managed to partially reset it after which it popped again. I’m sure it will become second nature in a very short time.
Here’s the shot of Kevin I was writing about. I don’t think he unhook’s in the surf but I’m sure you wouldn’t want to loose your bar down the flagging line at One Eye either so can understand his logic for connecting deadman. 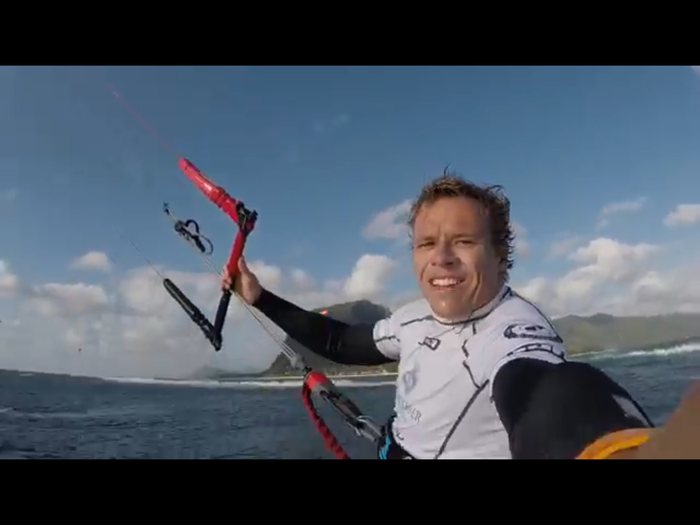 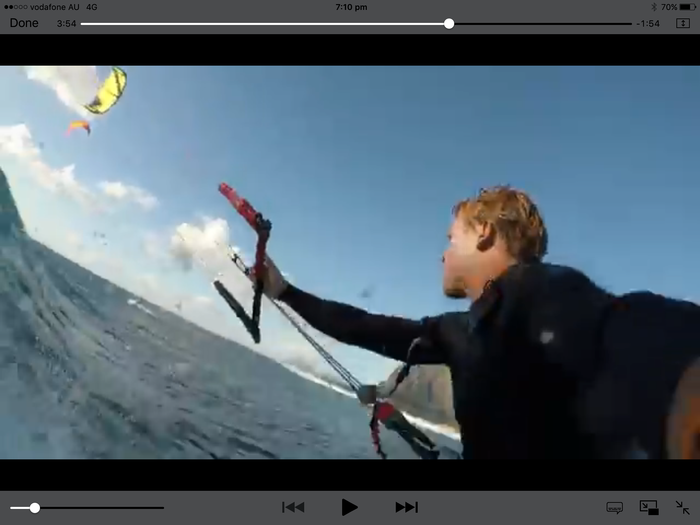 It comes with a tag attached warning to listen for the sound of the click when inserting loop in the hole during reset.
Top

Hi riddim1, I had almost the exact same experience yesterday, nice to know I am not alone...
Top

Hi riddim1, I had exactly the same problem on my 2018 Naish Torque bar, I thought the chicken loop was fully engaged into the catch, and on launching the kite the loop popped out of the quick release.
Soon realised that after sliding the quick release sleeve fully open, and watching the metal catch close over the inserted chicken loop , I understood how it worked.
Since then , I make sure it's fully inserted, and then it's not going anywhere, no problems since.
Top

Well done Jonysan! Definitely pays to get familiar with your QR on dry land. I haven’t had to reset my chicken loop in the surf since my experience I wrote about last year..... thank goodness! But I think I would still have problems if my kite was under load. Testing on dry land is so different compared to reconnecting in the ocean. Hoping I never have to do it in anger again. I have a 2019 Torque bar on order so will do a comparison and review sometime soon.
Cheers
Top
Post Reply
8 posts • Page 1 of 1