What does true mean for you?

They need to connect the new name to a old slogan to make people understand it’s the old North.
At least what I assume.
Top

Yeah, could be. I wonder, though—why not just skip the middleman and call the new brand “True Kiteboarding”?
Top

It's a nice name.
Question is if they can get the trademarks for it...maybe for kite, what about clothes, bags, accessories etc?
Worldwide?
And all when you already have a name in your portfolio?
Top

Toby wrote: ↑
Fri Jul 27, 2018 12:45 pm
It's a nice name.
Question is if they can get the trademarks for it...maybe for kite, what about clothes, bags, accessories etc?
Worldwide?
And all when you already have a name in your portfolio?

Yeah, I personally like the name True Kiteboarding much better than Duotone. Plus, there is continuity with North, both based on prior slogans and the saying “true north.”

Maybe it was just a matter of not being able to get the worldwide trademarks in time. That would explain the less-than-stellar name.
Top

The use of True in this context seems dishonest, fake news, don't believe the hype... like that person who says "honestly" you know they are lying...
Top 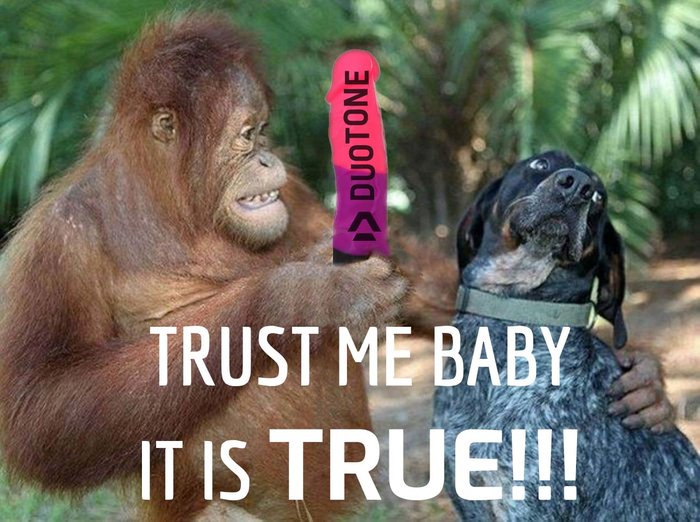 Actually - I wish 'em all luck in the world, but only because I care about their other divisions like ION.
Top

I heard they tried for False Kiteboarding but it was already taken.
Top

Boards and More started using the claim "True Kiteboarding" in 2010/2011 Those who claim it's 'marketing bullshit' aren't necessarily wrong, but they're not necessarily right. I actually credit the brand claim "True" as more or less creating the brand you've known as North for the past several years and now know as Duotone. There's some pretty good history behind it if you're actually curious what it means/where it came from...

B&M (who produced under the brand "North Kiteboarding" through 2018, and is now launching Duotone Kiteboarding going forward) really doesn't like loss leaders. They were a bit bull headed about that kind of thing for a while, but around 2011 when we were really emerging as the solid market leader we made the decision that if we were going to be the market leader we had to act like it. The idea of "True" was basically the CEO/brand managers way of committing to supporting all aspects of the sport and our team, even those on the fringes of the sport, whose products we knew weren't going to produce profits. At a time that a lot of brands were focusing on one single freeride kite that would produce the most sales by catering to the largest, freeride, section of the market, we decided that to be True we needed to commit to several different aspects of the sport.

In 2011 we introduced "True: 10 years of North Kiteboarding". While it can be considered marketing, the expense of this book was light years beyond what the marketing department would consider reasonable. And inside the book we tried to stay true to the history of kiteboarding... We give kudos to Cabrinha and the early bow kite, F One and the Delta-C design and mention many other brands and ambassadors besides our own. This book is actually a nice little piece of history and I still get occasional 'thanks' emails from random customers who still enjoy the book.

In 2012 we went ahead with a wake boot project... These were clearly never going to result in a profit, but no other kite company was making production boots and we wanted to support our team and those who were pushing what was then a pretty fringe market. A year later we continued this move by designing a wakestyle bar, again, a project that would never result in profits, but showed that we were helping support all the different ways the market was diverging.

I like to think that in the larger picture this "True" claim has been a net positive for our company, however we've definitely lost a lot of money because of it as well... besides the losses that I consider successes such as the book and the wakestyle products we've lost our asses on several raceboards, race kites, an ill-advised early attempt at foils (the more recent ones are fantastic, I'm talking about the weird shaped one from 2014 that was great in theory but never caught on) etc.

So as I said, you can make fun of it, and you can call it marketing bullshit, and I won't say you're wrong, but as someone who watched it turn the mentality of the entire company and bring about several projects/products that I personally am very glad exist I think it's actually been a huge benefit to the entire industry.

If anyone has any questions on it feel free to ask me. Sorry if this bored anyone, just thought people might be curious where the whole "True" thing came from and what it means to us as a company.

By the way, I have ridden North kites since I started on a Rhino in 2007. I’m hopeful the new brand won’t miss a beat as far as producing great kites. I’m not a huge fan of the new name, but if the kites are the same, I really couldn’t care less about the name.
Top
Post Reply
56 posts