I took a few minutes and read your post. It was entertaining and informative. Thank you.
Top

i seen the research video

just show how full of sh1t those devices always were
i tested them with video stamps a couple of years ago... garbage

pumpme up and kiterocky on the same thread !!! awesome ... lets see how far this conversation gets :

- RAMAIR are crap and dangerous
- but WOO is worse crap no reality test just toy
- But RAMAIR is bigger shit
- No WOO is biggest steal , no reality chech
- But RAMAIR crash bad

Bought my first ever a foil kite Soul 15m in May.
I sold all inflatables (including just new bought Apollo 10 & 7m) two months later.
Bought Soul 8m instead.
just two kites for all - Soul15 & 8m.
I do not think I will ever come back to inflatables despite I was so negative about foil kites so far.

It seems that my club fellows are doing the same.
10 riders and it looks no inflatable within three years.
Top

so, that means his real jump was maximum something about 22 meters.

Wow you don’t do maths very well. A 8 percent difference would mean 26 meters. No matter what though, still impressive.
Top


Brand Affiliation: None
Has thanked: 195 times
Been thanked: 277 times

It’s awesome to have such divisive and pointless thread!

Both are in great condition with couple of scuffs. Come with t-nuts and straps. 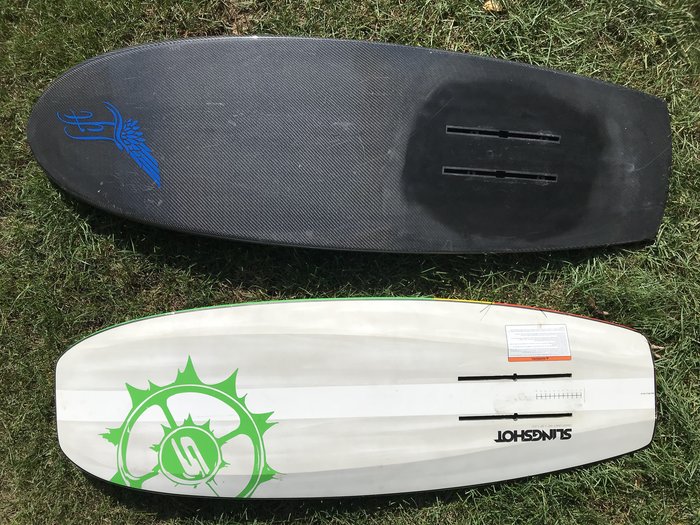 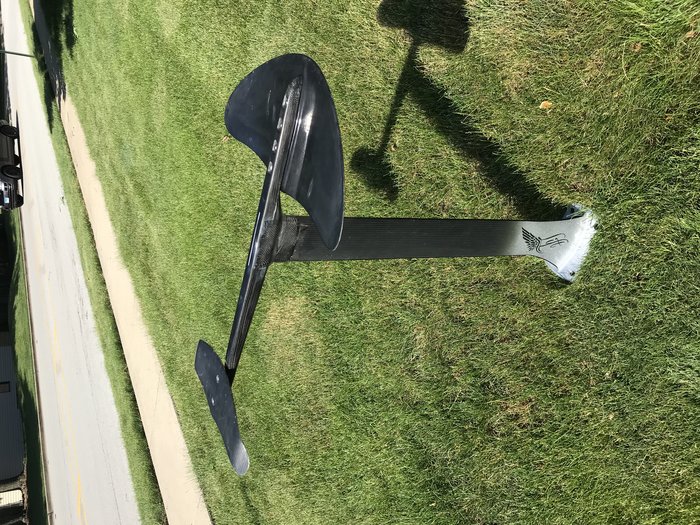 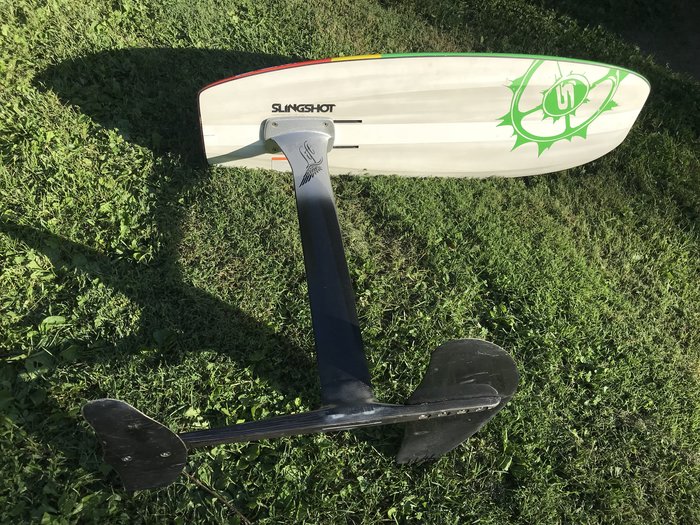 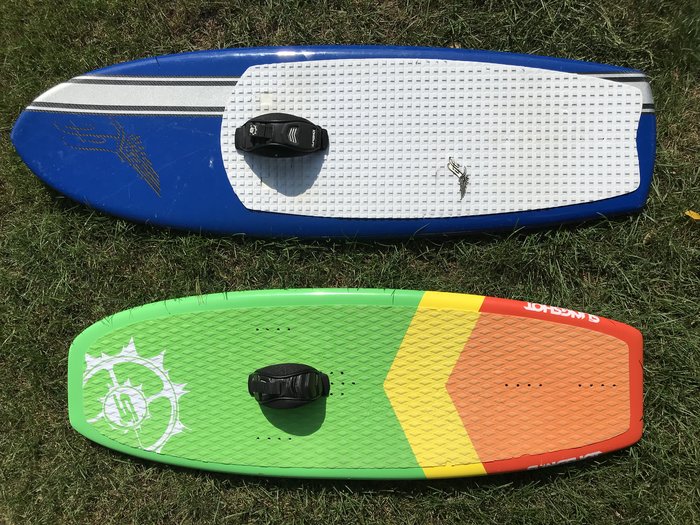 In 2018 I have flown both foil and lei kites. I have crashed both kites.
Top

sabraxas wrote: ↑
Sat Nov 03, 2018 1:14 pm
Ralf Groesel WAS designer of Flysurfer more than 15 years ago. Those ram air can't be compared to actual foils.
Beyond that, Groesel is the designer of North Duotone Vegas, one of the most selling kites worldwide for freestyle. The conclusion of Groesel is more marketing than scientific facts.

I have tested the new Flysurfer Soul. Superb Kite, one line relaunching. It excells one and every lei and sle in freeriding style in every aspect. The price is the same of an inflatable kite.


The note written by Groesel is correct, but has its flats. One of them is the express intentionality to say that the singleskin profile of an inflatable kite generates more lift and less drag than (higher L/D ratio) than a double skin soft kite. But this is measured at angle of attack of 20 degrees!
In general, the wing profiles of the double-skin kites amply win the inflatable kites in Lift / drag ratio, at lower attack angles, even tending to zero.

Inflatable kites are a wonder of simplicity and complexity at the same time. But Sunday's soccer match results are being analyzed reading the newspaper on Monday. Aerodynamically speaking, if the kites did not have to float and relaunch from the water, I believe that never any designer with some knowledge of aerodynamics would have evolved the kites to the side where they have evolved the last 18 years: the inflatable kites.
Nobody would have put tubes with air pressure or curved them so much. To that wonderful aerodynamic freak, after years of cut & try tests, designers finally achieved what inflatables are today. Stable kites, with a wide range of wind, manageable, safe, repeatable and with huge absorption of gusts.

Summing up this idea, the inflatable kites first, above all, FLOAT in water and then fly. For some years now they have been flying very well, but it took time for the development of the current performance. In turn, I would say that the soft kites first FLY and then float. Beyond the aquatic universe, inflatable technology is not used, or only in very few cases. Not in power kiting, Kitebuggying, landboarding. As far as I know, no one practices paragliding seriously with an inflatable kite (and i think this is not only a fact caused by internal air pressure of tubes at different heights).

Groesel talks about the simplicity in the construction of inflatables. And this is a very strong point in the kite industry. An inflatable kite can be developed entirely with moderately trained operators with the half of the amount and lower quality materials than a soft kite. A soft kite is not sewn by anyone but an expert. There is already experience in generic foils of Chinese origin, which lacks of the performance of the best made in Europe soft kites developed .

On the other hand, Groessel argues that 96% of the market buy inflatables and only 4% buy soft kites.
We could also say that 99.9% of the market buys cars with an internal combustion engine, and only 0.1% electric. However, the energetic performance of an internal combustion engine is very much lower than an electric motor. People buy what brands sell, depending on what they can afford. Marketing is a fundamental part of that equation.

In 2004, Don Montague, Naish's kite designer, projected future double-skinned inflatable kites, with increased pressure on the leading edges. But back then he said that technology did not exist in the necessary materials. And if it existed, it was unfeasible because of the costs.

I would like you not to misunderstand me, I am not a fanatic of any type of kite, I think the inflatables and foils are marvelous. Each one with their pro and cons, each in their niche and, why not, tackling a little the other.

Finally, I close with some ideas of an experienced kiter with extensive knowledge in aerodynamics about the inflatable kites : "... A lei or sle kite is a grotesque thing, it is not a wing.
It is a crap full of colours where the most important things are the colours and the graphics ... and to push with a certain glamour.

A tube pipe inflated with cloth flapping back, distorted by design and marketing issues that requires floating (in the water !!!) and twisting to turn.
Plane at the tips and with reinforcements (where it should be lighter) and things that stand out like valves, hoses, battens, blah, blah.

The kite does not fly. Just eject it to realize ... it seems, but no.
It looks like a wing, but it is not. It requires infinity of subtleties of design that postpones very far back things that for a "wing" would be primary.

I'm not against foil kites but what the f*** does this mean? If you want to truly advocate foil kites don't write about them! You sound bat shit crazy.
Top

Brand Affiliation: None
Has thanked: 9 times
Been thanked: 25 times

When it's a light wind day, all the inflatables are parked on the beach, and I'm having a great time foiling around with my Flysurfer Soul 10m. It's a good day.
Last edited by jatem on Mon Nov 05, 2018 10:31 am, edited 1 time in total.
Top
Post Reply
84 posts