Re: kiting Portugal / Spain in July

Hi isimoes, Thanks for your detailed report on kite spots in Portugal. I'm planning to take my camper car to Algarve, along the west coast of Portugal, late summer this year. I wounder if the (thermal) wind in general still is good in the beginning/mid of September in Viana do Castelo? How about the spot further south like Nazaré, Caparica,Sines etc in September? I'm on directional strapless board and 6,9,12m kites. Been kiting a lot in Fuseta in the winter. Nice place but not very wind consistent in winter! Obrigado Michael
Top

Re: kiting Portugal / Spain in July

Thanks everyone for your feedback! I've returned from my trip and just want to share a few thoughts how things went out.

First of all, because of the luggage constrains, I only took one kite with me, the 9m, and I kinda regretted afterwards. Basically, during my stay the wind was either too strong (for my 9m), ... or not wind at all.

In July, I was for 4 days in Viana de Castelo, and the wind was blowing every day, quite strong. I was starting my session early, around 10am, and for a while the 9m was just about right, however, after noon the wind would pick up really strong, being way overpowered with my 9m. Pretty much everyone was riding the 6m or 7m, and I even spotted a few 5m. So yeah, if I would have thrown in my bag the 7m instead my 9m, I would have been able to have much longer sessions.

Another challenge for me was the wetsuit. Somehow I was under the impression that a shorty would be sufficient, but oh boy, what an unpleasant surprise! The water along the Atlantic coast is frigid cold (reminds me of the Pacific coast), ... I have not seen a single person (kiter or windsurfer) riding in shorty, except me

Every single one was wearing a fullbody wetsuit. Even putting the extra efforts to avoid crashing or dipping in the water, I was still filling super cold.
In conclusion, it seems to me that full body wetsuit is MANDATORY, there is just no way around it.

In terms of kite spots, I was able to kite only in Viana de Castelo. There were a few places on the northern coast, in Galicia, good kite spots, but there was no wind at that time. South of Viana, the Praia de Norte in Nazare looks like a great spot, but also had no wind. Further south, the Baleal beach is also a super nice kite spot, we were there for two days , but no luck for wind.
We stayed for 3 days at Guincho beach, but again, there was no wind during that time. It's a bit ironically, as this place usually is known for very strong, consistent thermal winds. Oh well, at least the surfers were having a blast, there were lots of them in the water.

We stopped a few more places south of Lisbon, also on the Atlantic side, that looked promising for kiting. The Praia Da Bordeira was one place that really impressed me, but during our two days stay there, we had no wind.

As for the Algarve, the southern part of Portugal, I didn't check any kite spots, so no info there.

So yeah, next time I would head to the Portugal's Atlantic coast, I would make sure that I'll have with me my full-body wetsuit (5mm) and my 7m 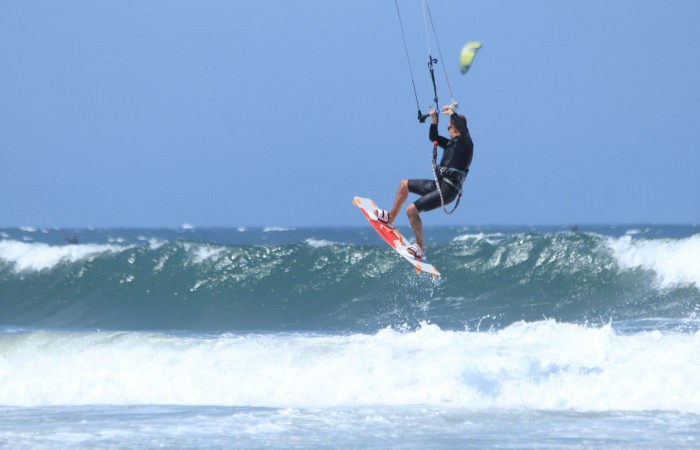 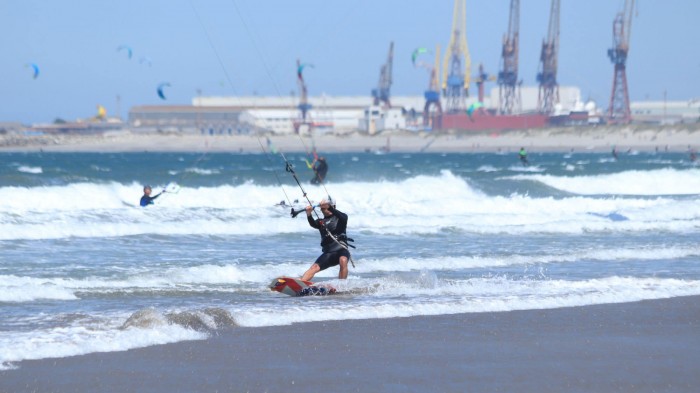 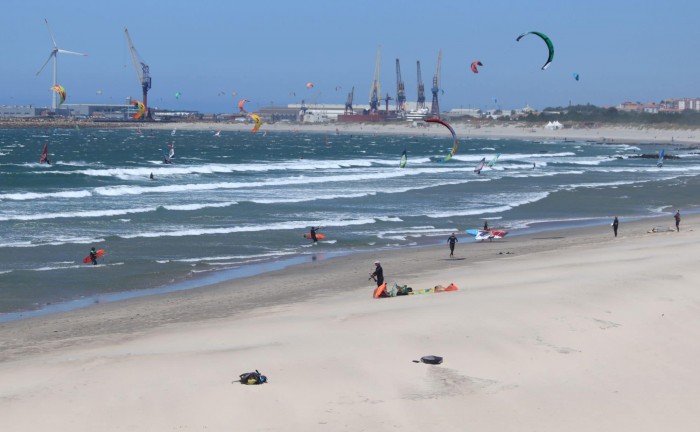