- Peak 4 - 5m and down is more maneuverable a quicker turning kite than whatever wave LEI - power per power. It has more LEI feel on bar than foil kite feel. It requires very short bar - thats is clear representative of kite reactiveness. It turns and react much better while drifting than wave LEI.

Upwind is on pair with gruntier wave leis that sits deeper in VW. Stability in gusty wind is unreal - dumping power on demand also - these are Peaks highlight. Downsides are: jumping is nonexistent and relaunchability can be issue.
Top

the Waves from Concept Air(at least the smaller sizes) are the best surf kites there's ever been.
..in my humble opinion.

..has excellent drift (imo, as well as peak4...but waves don't have that low end)
..is stable at apex...oooh and it is relaunchable (almost to a fault)

CA Waves drift as well as Peak 4? Could this really be correct?
Top

just my opionion but the wave 4.5 is the best drifting kite i've personally flown. (and i own and fly a peak4 frequently)
the CA wave also holds/stays at apex better....and it relaunches very well (more or less on its own)

also my opinion..
because of poor relaunchability... i wouldnt recommend the peak4 for surfing to anyone....in spite of the excellent low end and that power/m2


being able to only relaunch 50% of the time is not good enough around breaking waves (or offshore behind the breakers)...imo.
Top

Foil kites have always drifted better for a long time now, long before wave kites were a concept.

Two things come to mind though what is drift and what is better? Drift is broken into two areas. One is the ability of the kite to stay flying with no tension in the lines. The other is a kite that maintains line tension when others would lose it, as in it tracks downwind with you.

For surfing no line tension is amazing. The kite does not exist and so a complete surf feel is achieved and things like proper cut backs and direction changes are possible. Foil kites are more capable at this but harder to use and not all foil kites are equal. Bigger foil kites are better at this, certain designs too and generally lower aspect as well. The skills to manage a foil kite to drift and when it goes wrong are quite a bit, but it can seem easy when you get it right and is magical.

Kites that maintain line tension are horrible, but that's my opinion because I like no tension and kites like that won't do it or do it easy. Foil kites generally don't maintain line tension naturally, but some models do it a bit. You can however make a foil kite do it. A foil kite can relatively easily be made to position any where in the window.

Also a distinction between the styles of surf kiting and wave kiting needs to be made. Surf kiting uses the kite to catch waves but generally not ride them. In reality you can't use a kite to ride a wave because you are then riding the kite and not the wave. Which then becomes wave kiting which is using the kite to ride on or near the wave. You will regularly see "wave" kiters do turns completely assisted by the kite, like on the flat in front of the wave. They also use it to power into slashing turns at the top of the wave, where the biggest spray is to be achieved. I think because this is a difficult feat with out a kite it makes them feel satisfied

Personally though I think style is a preference. I do like wave style sometimes, but I prefer surf feel, getting barrels and oh airstyle strapless

just my opionion but the wave 4.5 is the best drifting kite i've personally flown. (and i own and fly a peak4 frequently)
the CA wave also holds/stays at apex better....and it relaunches very well (more or less on its own)

also my opinion..
because of poor relaunchability... i wouldnt recommend the peak4 for surfing to anyone....in spite of the excellent low end and that power/m2


being able to only relaunch 50% of the time is not good enough around breaking waves (or offshore behind the breakers)...imo.

yeah...
i must have been high or something when i wrote the above

.
i finally stopped being sissy and started taking the peak4 out to the reef for wave action.
i'm glad i did.

the CA wave handles riding directly into it relatively (well)... but it absolutely isnt on the level on a similar sized peak4 playing in the surf or riding swell back to shore.

For foil (ram air) lovers to say their kites drift better is typical ... and pure bullshit

Ram airs are inferior compared to inflatables, including in drift ability and resistance to sinking. Here's a summary of experience with inferior ram air drifting, and the reasons for this inferior drifting:

INFERIOR DRIFT
Ram airs have inferior drift e.g.
[youtube][/youtube]
It took a long time for the guy in the video to relaunch his Flysurfer and the kite almost bow-tied on two occasions. If only ONE wave had landed on it, he would have had to swim in, dragging his waterlogged kite with him.

Hawaiis wrote:One swimming session will ruin your perception of the kite ... the Flysurfer ended up in the water … It was an hour long and 5 hours to sort out the spaghetti.

joriws wrote:Well I've always said Chrono is a bad copy of other foil kites. Many probably has tried it and did a conclusion that foils kites ball up in the sky and are hard/unsafe to launch, requires high line maintenance and cannot water launch.

ALL kiters experiences a few gear failures (eg broken lines) and COMPLETE wind dropouts every year. Inflatables can be "sailed" (self-rescued) or swum to shore. If things are REALLY bad, the inflatable structure can support your weight, eg http://www.kiteforum.com/viewtopic.php?f=1&t=2368004

The following is an example of "diraklib's" experience with ram airs in wind dropouts:

diraklib wrote:"the SA-19 is huge and can whack you silly if you let it get down wind of you in a low wind launch. It is downright scary - be ready with the QR at all times if not up and riding!!! I can't say I agree with claims that you can ride the SA-19 in anything lower than a steady 8 knots. I made a personal choice to not ride the SA-19 any more. It went down twice in lulls and managed to bow-tie on the way down - there was no way to relaunch. I was not as lucky as others that self rescued. My kite was full of water by the time I dragged my very tired and frustrated a$$ to shore. It sounds simple, "wrap the lines around the bar, fold the kite in half, roll it up on your board and paddle in"... noooo... there are lines everywhere under water that wrap around your feet as you are trying to manipulate the kite. You just pray that a gust won't pop the kite up and slice of an appendage. The kite ... is just too scary when it goes down. My attitude now is - if my LEI won't fly, I shouldn't be on the water. Anyone interested in a slightly used SA2-19m??? Cheap???"

The following is the experience of "pmaggie" with ram airs in wind dropouts:

pmaggie wrote:I rode foils only a few times, so these are really my two cents. The problem I experieced with foils in very light wind when they suddenly fall. In my home spot, in very light wind days, sometimes the wind really goes to zero for 1 minute or so. When this happen, both foils and inflatables suddenly fall. In this cases, my inflatable, since it's far heavier than a foil, fall directly into the water with no line tangling and I just have to wait for a gust to relaunch (when possible, that means about 7 knots for my Core 17). When a foil falls with no wind, being very light, it's common that its lines roll over it and became completely tangled. At that point, it's not that easy to relaunch.
The other big problem with foils in very light wind is when the wind completely stops. With an inflatable, you just get your kite and swim attached to your little floating boat. With a foil, you have 20 sqm of tissue to carry home with you!

Here is the experience of "FredBGG" with a line failure:

FredBGG wrote:The other day I had a front line fail.
Wind was slightly off shore...
I really needed a tow to the beach.
I had the kite safely on the 5th line folded in half (flysurfer Foil)
I waved down two kiters.... both expert judging by their riding.
Both refused to help.
One even yelled if you can't relaunch it's your problem.
Anyway after a difficult ordeal in the surf and current I got back to the beach.
I had to rest a bit but my board was still out there.

For the full admission http://www.kiteforum.com/viewtopic.php?f=1&t=2362065
The problem here isn't with the other kiters, it's with Fred's choice of kite. If Fred had an inflatable, he would have been able to "self-rescue" by grabbing the tips and "sailing" to shore. The other kiters refusing to help is understandable: Fred opted for less safe equipment. It's his problem and he shouldn't impose on others to make up for his equipment deficiencies. Also, towing a ram air to shore is like towing a sleeping bag full of water - difficult and dangerous.

Ignore the lies. Ignore the exaggerations. Ram airs are inferior compared to inflatables when it comes to DRIFT.

Brand Affiliation: None
Has thanked: 9 times
Been thanked: 20 times

Good trolling effort, mr pump me slowly. Keep pumping, and please watch out for beginners on LEIs being lofted and getting into death loops when they self launch.

Elguapo, thanks for saving me the effort of testing a CA Wave. I'll stick with the peaks. They are definitely next level for drift, and make other kites seem like a chore on the foil.

There are so many ways for a LEI to stall out of the sky when you're honking along on a hydrofoil. Front, back or side stall - choose one, and prepare to relaunch.
Top

Can we please not go there with "Pumpy"
Top 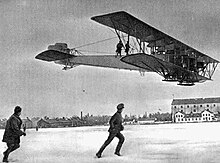 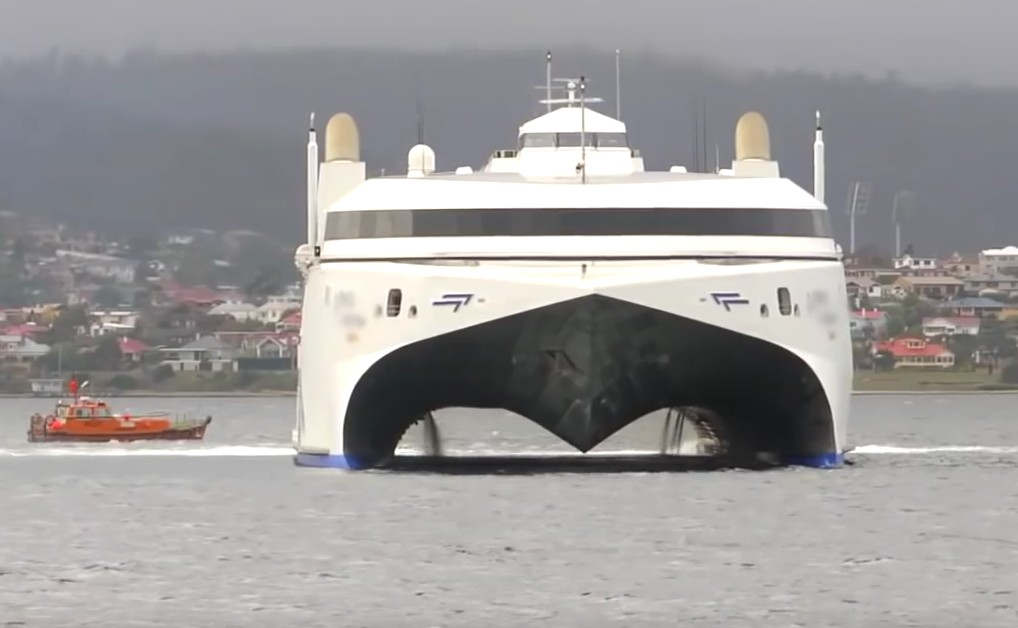 obviously boat travel is much "better" (safer/faster/more efficient) than traveling via the air.
Top