The trick with Pu glue: It needs only few seconds of 100°C water . The Pu glue has a narrow temperature window. 90°C is often not enough, the time in the water is not important. If you wait to long, water Temperaturen goes down from 99° to 94°Pu glue is hard again.
Top

Just looked at a Wainman valve repair, valve was welded around the outside, 5mm ring. He was able to cut out the middle of the valve using round nose scissors leaving usual hole and enough bladder around it. He also trimmed off the outer material beyond the weld line and just stuck a standard valve on it. I would PU round the outer edge a la Dr tuba and you have a good chance of success. +1 to edt for identifying the problem. 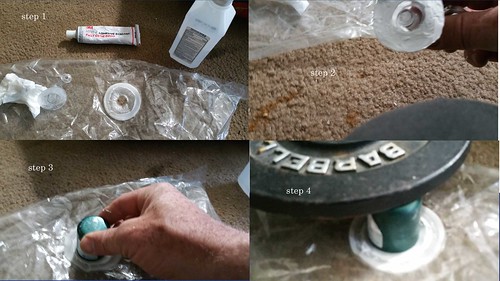 yeah you can cut away the top layer that's welded and stick onto the lower layer after the valve is off, but if you have a brittle valve and need to restick with one of those big you stick valves, then you have to cut it all away, put down a patch and put the new valve on top of that.
Top
Post Reply
13 posts