I picked up the T5 to be a lighter wind board for my daughter but wanted to try it out for myself. I managed to get it out on Lake Ontario last week in 20-25 knot winds after it had been blowing hard for a couple of days - typical victory at sea type great lakes conditions. Fully powered up on a 7m Switchblade, I figured the T5 would be a bit big for me in these conditions but wanted to give it a try nonetheless. I had my Shinn Monk ready to go back on the beach but I never ended up grabbing it. I was totally surprised about how smooth the T5 was in the rough conditions, and I was even more surprised at how much fun it was in the waves. I like the Mako in the waves but it needs to be powered up and I find it tends to fall of a wave quickly if it isn't. The T5 had a lot more drive so that I could depower the kite more and stay on the wave a lot longer, probably due to the larger surface area on the T5. The T5 also has rounded corners which seemed to make it carve nice and smoothly in the waves.

When I would come closer to shore to do some freestyle in the smoother water I was blown away with how much pop there was in the board and how smooth the landings are. It tracks really nicely when landing hot, probably in part due to the fins which are a bit bigger than on my Monks.

The pads and straps are great as well, the ratchets are more like snowboard ratchets and much easier to use on the water than the Shinn version.

I almost didn't buy the T5 because my impression was that it was a beginner board, I remember the old versions. This version has a fair bit of rocker (see the pics, pretty similar to my Monk) and some nice bottom shaping that make it nice and smooth. I know it's not a true light wind board but I'm sure my daughter will be able to use it if I am out on the King Gee. I have no interest in the true lightwind door type boards and I don't have any interest whatsoever in foiling, and I certainly don't want my kids foiling. It's a great addition to my quiver, I figured I would give it a quick review as this might be a very overlooked board - there isn't much about it online that I could find. 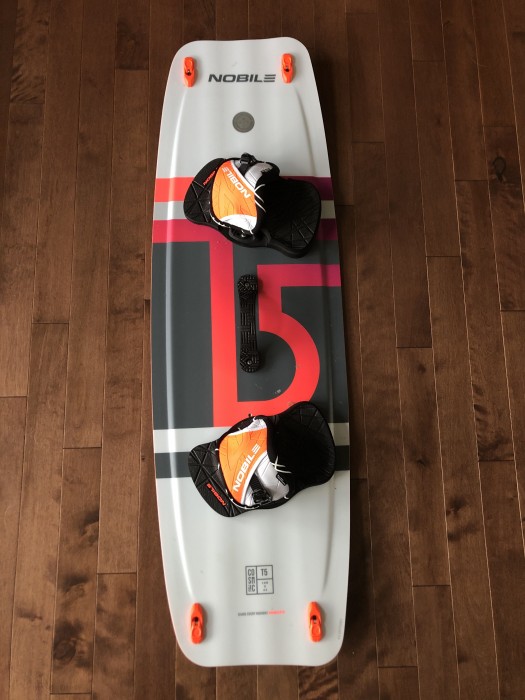 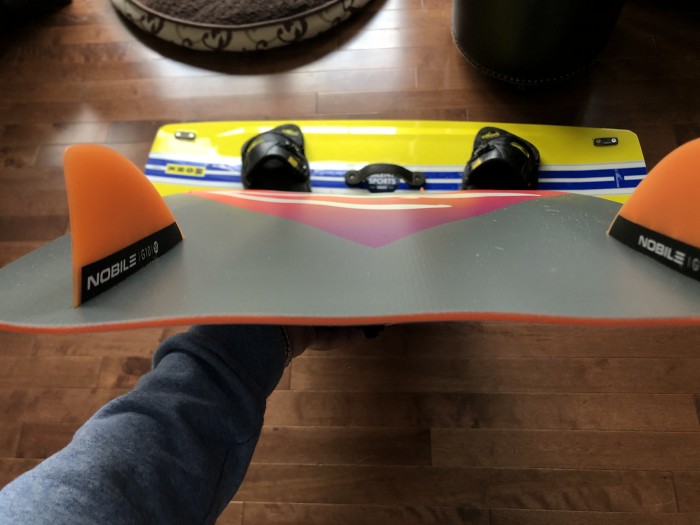 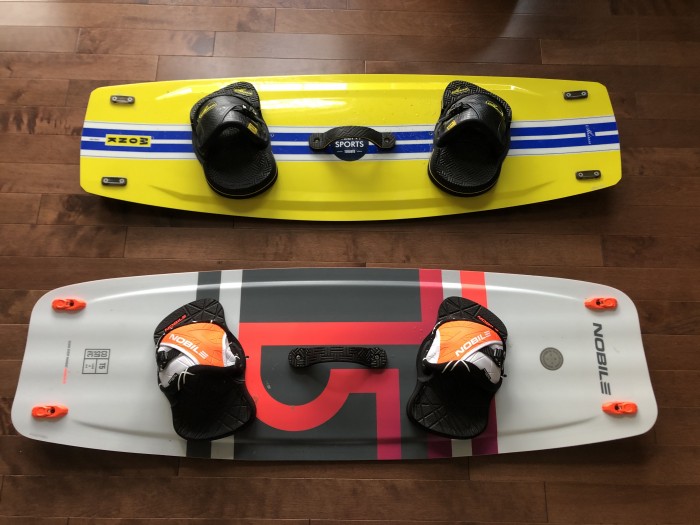 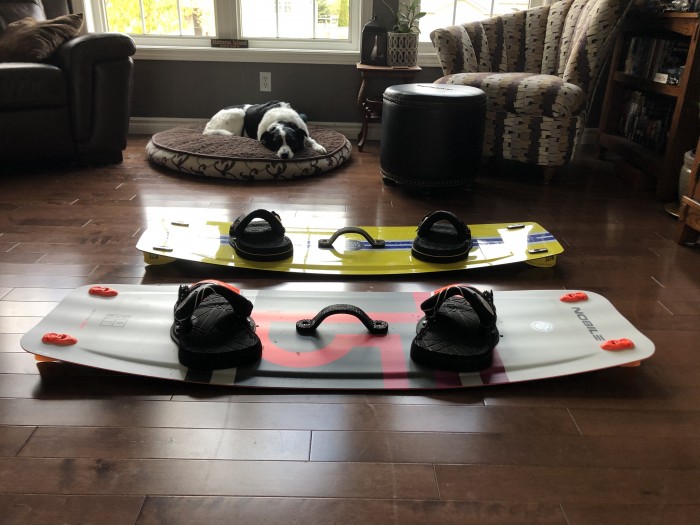