The craziness is underway in Cape Town 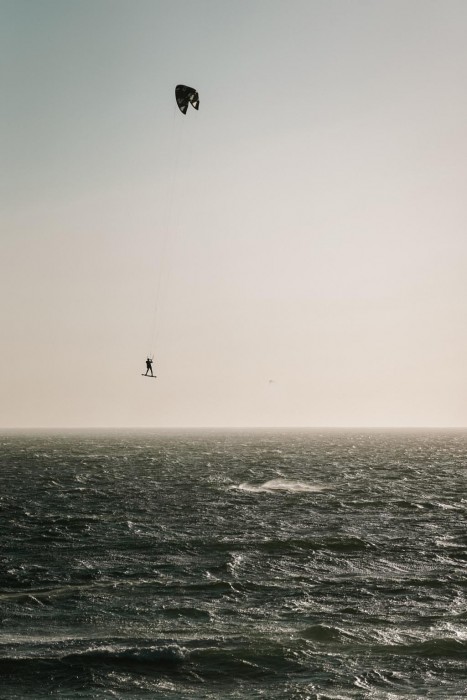 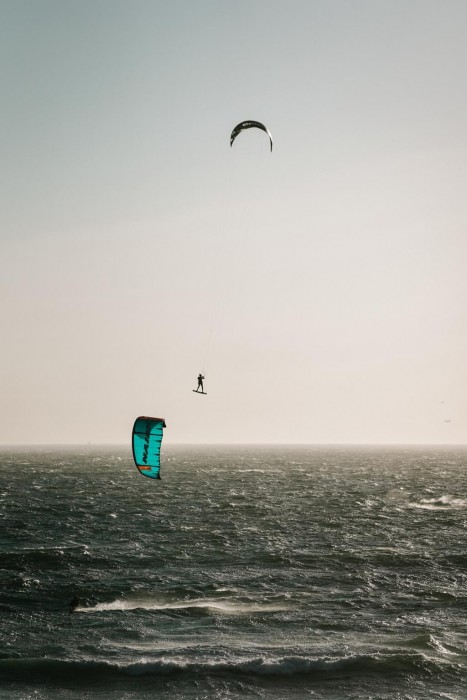 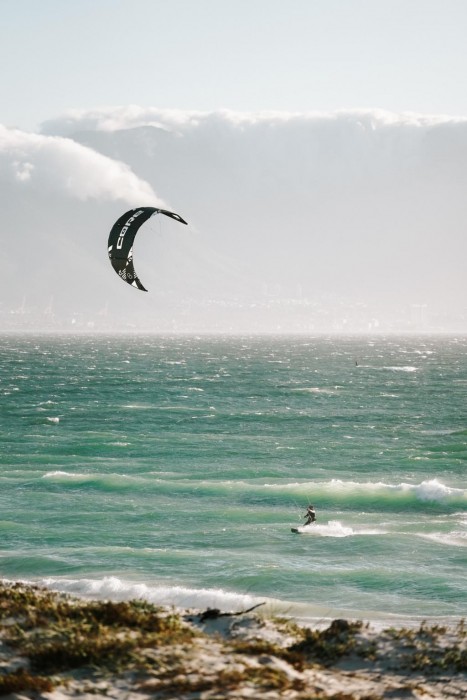 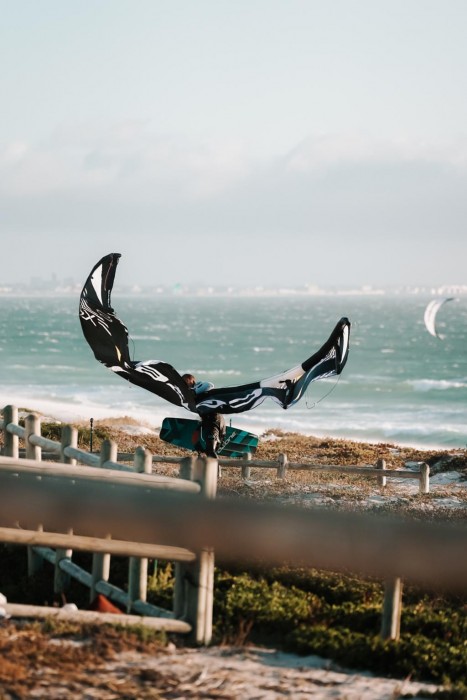 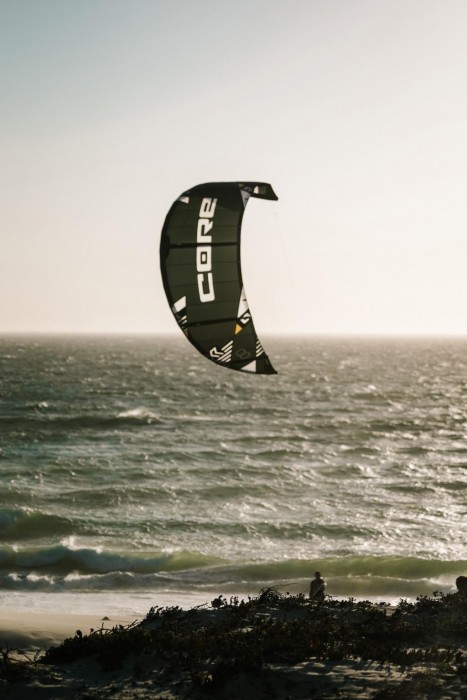 Thanks jj, are you using the one labelled Table Bay? It is nice having the tide shown on the same graphs. I find the effect of the tide confusing, so perhaps the knowledgeable here could help me out. Obviously the sandbar on which the waves will break is affected, but that also is so variable with the changing bottom profile along the coast and the swell size, it doesn't seem a big deal. But I notice that near the end of ebb tide the waves have an annoying doubling up behavior, which often resolves into cleaner single waves in an hour or so. Some places definitely seem to work best on high tide, like the region north of Big Bay.
Top

Aha! So you are one of the crazy Core dudes. There are quite a few around here, like Mike MacDonald and Joshua Emmanuel and many visitors. There was one guy on a white Core, perhaps near Mystic House yesterday (I was up at Kite Beach so not sure), who was throwing huge megaloops, clearly visible from that far away. At Kite Beach a guy on a yellow Ozone was doing the same.
Top

Hugh, yes there were a lot of the top Core riders out yesterday making the most of the conditions. It was probably Janek that you saw on the white Core 8m XR6. Maarten put in a 31.4m jump and Mike 29.1m. Josh was also doing some massive jumps yesterday. I'm unfortunately not in their league and don't pretend to be but enjoy kiting in strong winds. These jumps are around 15m to give some perspective

I'm using Kitebeach/Cape Town as the spot in Blouberg on Windfinder and then comparing to Board & Kite Africa station on Windguru.

Today is already getting hectic. The "tablecloth" on Table Mountain is more like a "tableduvet". I'm headed out soon, I think 5.5m for me today.
Top 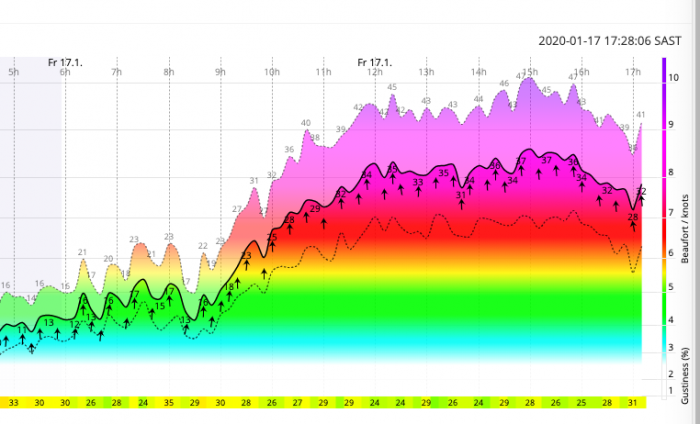 If yesterday was crazy, today was nuts. Once again I screwed up and waited too long doing other stuff this morning, while my local friend David reported an excellent early morning session. Having watched a couple of superb wingfoilers do a downwinder past Milnerton on tiny red wings and red foil boards (apparently there is a top Austrian wing-foiler offering lessons on Rietvlei and indeed I've seen quite a few guys out there), I finally managed to head out. But by the time I got to Kite Beach around noon it was already gusting over 40 and pretty much noone but the KOTA and wannebe guys were out, indeed I was able to take a picture of Kite Beach with not a single kite or kiter on it. I decided discretion was the better part of valour and stayed onshore to watch the show instead, much like several hundred other kiters, although I was almost the only one on the beach, avoiding the sand-blasting by standing at the water's edge. Just north of Kite Beach were a group of about six guys, a few of whom I know and a few other interesting efforts. They included Nick Jacobsen on an aquamarine 9m North Orbit and Graham Howe on a red 8m (I think) Orbit, plus another Dutch guy I don't know on an orange Orbit, as well as Roderick Pijls on a Peter Lynn Escape. Someone I don't know was riding an unusually high-aspect-ratio kite, a black and red 8m Ten Velox. And to top it off, Aaron Hadlow was putting on a great show on an 8m Duotone. His father Ian landed his kite and just then a guy immediately upwind of us launching a 7m Core lost control and ended up hanging onto it by one steering line. It took all three of us to grab and sit on it to wrestle it into submission. Just as they were finishing up, around 2PM the king himself arrived and pumped up his 8m Reedin prototype, however Kevin did not have a good session, as after two massive jumps he ended up far downwind and landed his kite for some reason. Lasse Walker was next up on an 8m Duotone and put on quite the show, bracketed by two simply massive megaloops. While Lasse was out a gang of about 10 riders came through, presumably from Dolphin down to Doodles, led by Mike MacDonald with some massive jumps and a guy on a white Core XR6 who I think exceeded even Lasse with a truly giant megaloop, perhaps Janek again. While the BKA wind meter shows gusts to 47 knots, around 3PM I went to Dolphin beach to watch a couple more guys launch, including someone on a black and white Vantage 8m prototype, and I'd bet the gusts there were over 50 knots. It was literally hard to stand on the beach. I've only felt wind like that before in a tropical storm, and a couple of spring storms in Illinois and Wisconsin. Tomorrow is forecast to be even stronger, so I simply have to get out in the morning.

Sounds like they should've done KOTA this week! Looking forward to the footage of the pro's of these sessions...
Top

Here is a comparison of the WindFinder Superforecast and the BKA reality. Windguru and WindAlert also got the peak from 3-4 right, but the intensity somewhat lower than WindFinder. 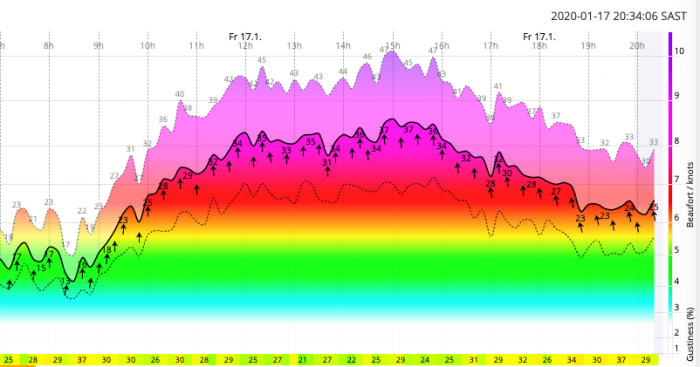