longwhitecloud wrote: ↑
Thu Feb 11, 2021 6:46 am
Well i didnt want to post in this thread , however you may be interested to see my friends reaction that had their vaccine injection this week. They only had the first part and have now been told they will have to wait 10 more weeks for the next one.. what a joke!
https://www.instagram.com/tv/CKP5GmWHb1 ... iuzivo526o

You would be well advised to stick to being a self professed "Semi Professional Master Baiter" instead of making a fool of yourself by making the above comments which clearly demonstrate your ignorance of epidemiology and Covid-19 vaccine efficacies.

Watching my good friends side effects in the instagram video you can see he is already struggling with them on a daily basis . He is struggling to communicate following the jab, it's really tough for him, and really tough viewing.

It is hard, as an epidemiologyer myself, to think of more effective measure than to bring the second dose forward (or backwards if you are measuring from the second dose that might have been taken later - in theory... or factually).

I am setting up a Gofundme for him. Lets all do our part.
Top

Brand Affiliation: NONE F--- the corporate world
Has thanked: 216 times
Been thanked: 234 times

Should be some backlash if they cant sweep this under the rug/intimidate the right people into a retraction.

But then again, the religion of covid has been established, and I'm not thinking any revelation will make it go away.
Top

Some very interesting things going on with the number of positive tests these days. As mentioned before we peaked at around the 8th of January with 845k new cases while we are now (yesterday on the 14th) down to 290k per day.

The trend is strangely stable. 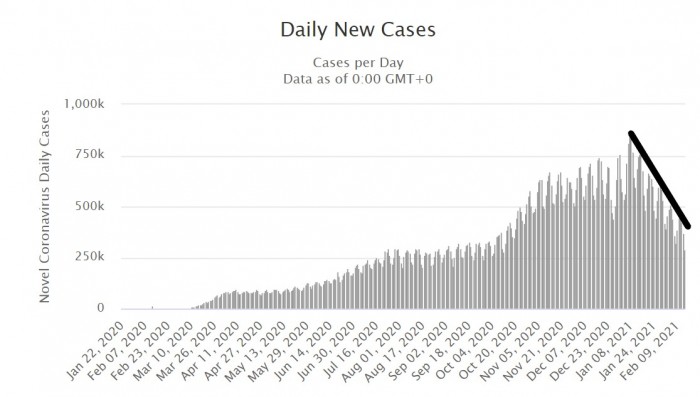 Looking at it in a bit more detail it looks like this: 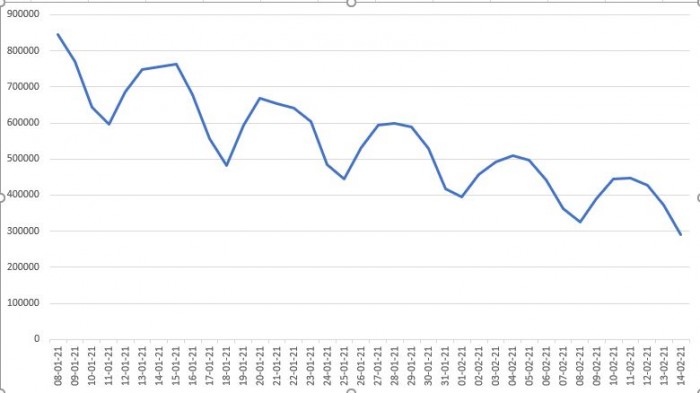 As you can see there is a fairly clear 7 days cycle.

If you look at how much it drops per 7 days: 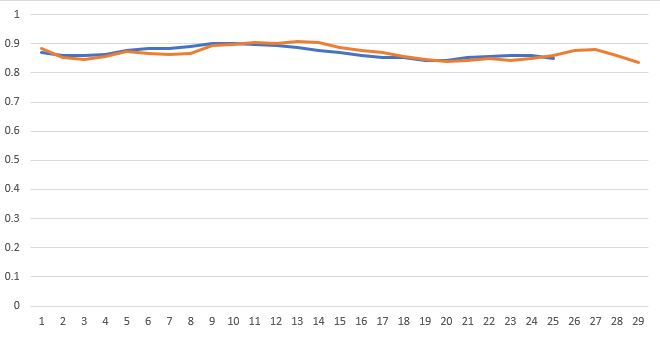 Maybe a bit surprising is that the trend in % seems to be accelerating - meaning the drop becomes higher and higher in %. 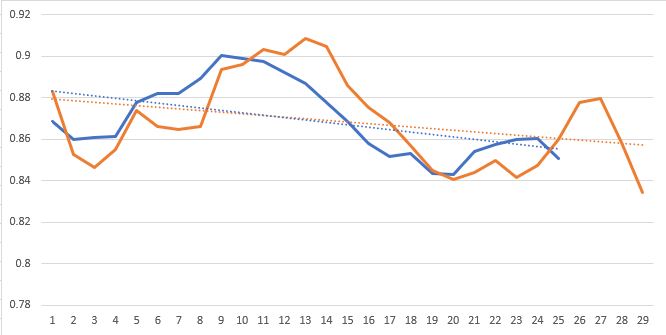 What happens if you take the current trend at -13% per 7 days and extrapolate going forward?

That is not meant as a forecast. As shown in the first graph trends have shifted several times during this "pandemic" so I have no reason to believe it will stay on the same trendline now until this ends, but if it does this will "end" in the summer (northern hemisphere). If the slightly improved drop in percentage keeps on on current trendline then we are talking end May we would be hitting around 10k new cases per day world wide. At -13% it would be early August. I thought it would be fun to kind of "document" just by the off chance this is how it ends up playing out.
Top

i get my first vaccine next week

Watch video below if you havent heard, sign Calcefidiol Petition if you are in UK and tell your friends/share.
Petition on the official Parliament site:
UK government Petition to "Fund calcifediol clinical trials in UK"

Galeltic wrote: ↑
Mon Feb 15, 2021 10:57 pm
https://www.theepochtimes.com/4-oregoni ... 97172.html
https://thefutureofthings.com/3221-hita ... rfid-chip/
one day there will be one goverment world alike new world order and if u already have vaccine and try escape away from new world order but new world order unit of army would easily detect where u hide cause tracking devices inside u
f*** new world order try control u as puppets ! your choice and i say fack baloney vaccine !

Galeltic wrote: ↑
Mon Feb 15, 2021 10:57 pm
https://www.theepochtimes.com/4-oregoni ... 97172.html
https://thefutureofthings.com/3221-hita ... rfid-chip/
one day there will be one goverment world alike new world order and if u already have vaccine and try escape away from new world order but new world order unit of army would easily detect where u hide cause tracking devices inside u
f*** new world order try control u as puppets ! your choice and i say fack baloney vaccine !

Why are you posting in this thread?
Top

Just wandered by again after a few weeks ignoring this thread, and enjoying watching it vanish into the depths of conspiracy theories and bizarre alternate realities. Citing theepochtimes and thefutureofthings and greatgameindia really elevates the discussion to new highs! Oh, and I see havre is still at it, spouting nonsense at every turn. Yup, this pandemic will all be over this summer and all kitesurfers will be free to travel anywhere, sans vaccines. Dream on guys, you can enjoy your twilight zone of bizarro conspiracy theories for a while longer, right up till the day you discover you cannot travel without a covid vaccination. BTW, feeling pretty good right now, three weeks post-vaccination, just keeping an eye out for a little darwinian evolution going on with the virus, but of course none of you accept that darwinian evolution occurs, so you don't have to concern yourselves about that science, etc. See you all in a month or so when I check back in. Oh, and for those not neck deep in conspiracy theories, do keep watching John Campbell, one of the few sane voices on this topic on youtube.
Top

We can't wait to hear from you again Hugh2

Nothing like old overweight men telling the "people" in a condescending way what is good for your. Claiming to be an expert on PCR, mRNA "vaccines" etc. which is provenly wrong.
Top
Post Reply
1196 posts