Light and Frost(L&f) has been studying and testing the addition of a beaver tail to the hydrofoil fuselage. It was decided to add the beaver tail as a fuselage extension with a zero(0) angle of attack rather then replace the stabilizer with a beaver tail.

These board/mast/hydrofoil mixes without beaver tail fuselage extensions have been used extensively for eight(8) months so the operating characteristics without a beaver tail were well understood. Readers should keep in mind that L&f is only interested in developing hydrofoils that are resistant to stall when operating short 70cm masts is rough water, heavy chop, and onshore wave riding. L&f has no interest in riding flat water, racing, or using longer masts to dampen the wave/chop problem when operating hydrofoils close to the water-atmosphere interface.
The tests were conducted using a 13 meter ram-air kite in a cross to cross onshore wind of various strengths in one(1) to two(2) foot seas. Wave riding tests will have to wait for the period mid May thru September.
Both boards seen here have different mast-wing-stabilizer-fuselage sets but the results were identical.

The following was found.

Board pumping to keep the foil functioning was inhanced.

Board stability was increased in several areas as follows:

3. During the circular arc of a gybe, control and stability was enhanced. Subjectively the beaver tail appeared to produce a smoother and more coordinated turning maneuver when both on and off the foil. The entire 180 deg turning arc of the gybe was conducted without changing foot position. The board was then ridden toe-heel side and once speed was attained the feet were repositioned.

4. The kite could be parked overhead and the board pumped allowing dead downwind riding with little power input from the kite. When turning downwind and thus losing kite thrust, the loss of hydrofoil lift was delayed.

No negative effects were seen. 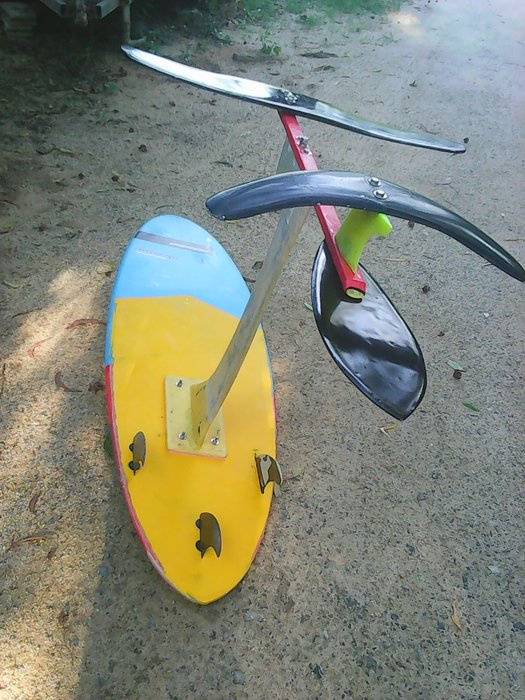 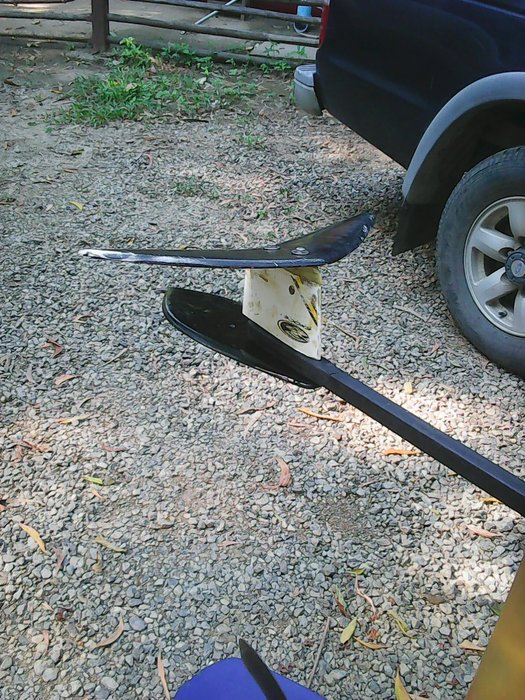 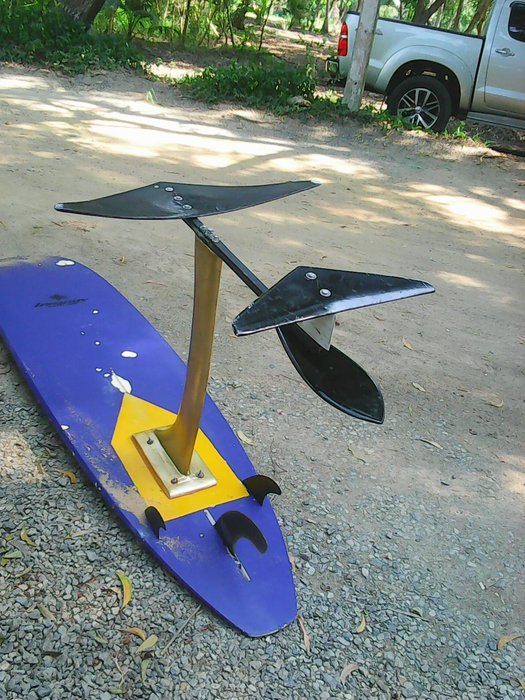 Can you run any CFD simulations on and compare Reynolds number with vs. without?
Might give you actual data rather than anecdotal?

Ive been wondering about biplane wings....small one up top of the mast to give more lift when going slow, then when it rises your on a faster wing.....who knows, keep going!
Top

Can you show pictures of your “control” hydrofoil? How do we know how well it performs?
Top
Post Reply
3 posts • Page 1 of 1