I use pullies and sliders (Ronstan shock block , Cab slider) on various kite front pigs. Some of them are getting very old and so I am looking at a possible cheap replacement. The picture shows a 3mm SS wire thimble, you can also get 2 &2.5mm, for next to no money.

I think it would work spliced into a dyneema loop with a good throat whipping. It may have a little more friction, but it would be easier to inspect than checking for cracks in a slider. Anybody actually tried it?? 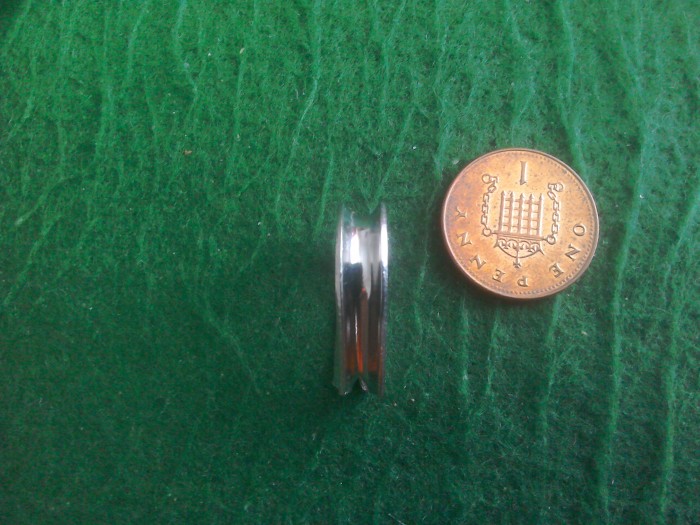 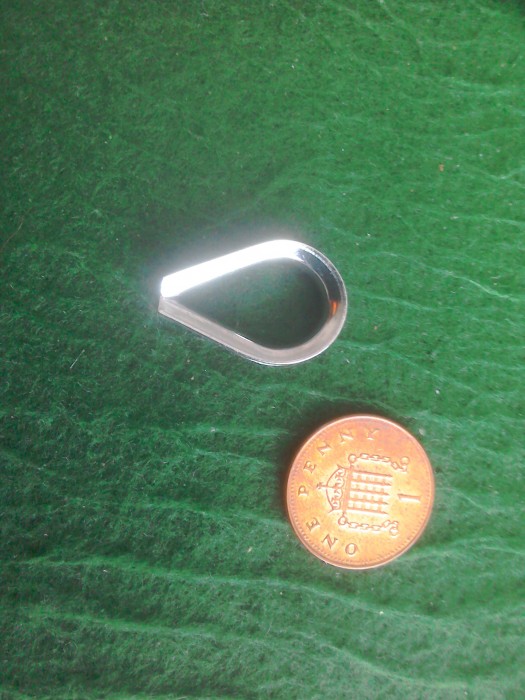 I guess that would work but maybe you still want pulleys on some part of the bridle. Some years Best used metal and later plastic sliders but they still had one pulley each side. So I think the idea was to keep a pulley for the portion that moves the most and use the sliders for the portion that moves a lot less. If you go full slider on everything it may increase the wear on the bridle. Just keep an eye on it! It really depends on the kite bridle design. I had a Star kite for a few months and it destroyed the pulleys one after the other the pulley was working overtime on that design.
Top

I used a nylon thimble with spliced Amsteel on a bar trimmer. Was not bad but a little bulky. Much less movement in that setup compared to kite pulleys. Im a big fan of the Ronstan Orbit Blocks at the kite.

I've been using that exact setup on a rope slider this summer. Spliced a 1/8" dyneema loop around the thimble and I clip in a wichard https://marine.wichard.com/en/stainless ... /part-2673 which replaced my chicken loop. Only using it for moderate to light wind foiling.

It's definitely not as smooth as the larger diameter low friction ring that I'd used previously. But it's not really a nuisance either and I like the light/low profile of this setup. I'm not totally sold on the wichard as the swivel needs to be worked around by hand to untwist the center lines, and though I've never had an unintentional release, it's a real possibility.

Can't get the image to load, so here's the link:
https://imgur.com/a/W5PFTba
Top

I also use nylon thimbles on my home-made rear lines trims (hold by a spliced in dynema loop).

Nylon is lighter and cheaper than Ss, sliding seems equivalant, however there is a (injection mold) parting plane in the middle that you need to grind to avoid damaging the sliding dyneema rope and improve the sliding coefficient.
Top

Thanks for the replies. Leelanau experience with a thimble as a harness slider was particularly interesting. I to am a fan of the Orbit block suggested by Jakemoore, I like the insurance dyneema as well as the block, and as Windigo pointed out, this may be the way to go for some kites. However at ~x40 cheaper, Orbits are ~£10, I will give the thimble a test to see if I can feel the difference in a simple one pulley bridle.

Thanks again for the replies.
Top
Post Reply
7 posts • Page 1 of 1