The GKA KSWT has landed in Portugal at Viana do Castelo for the event that runs until 12th June. The action will be taking place on Cabedelo Beach in front of event host, Feel Viana Hotel.

At this time of year Viana do Castelo benefits from the reliable El Nortada winds as well as solid Atlantic swells. This will be the third right hand wave for the tour in 2018 and the main wave spot is protected by a sea wall making for ultra-clean, glassy wave riding conditions - a perfect playground for a World Tour event!

Reigning champ Airton Cozzolino has been steadily building his lead since round one in Cape Verde, but Keahi de Aboitiz has maintained consistent pressure from second place. With the tour about to reach its halfway point, if anyone’s going to unseat Airton, then this event is crucial. 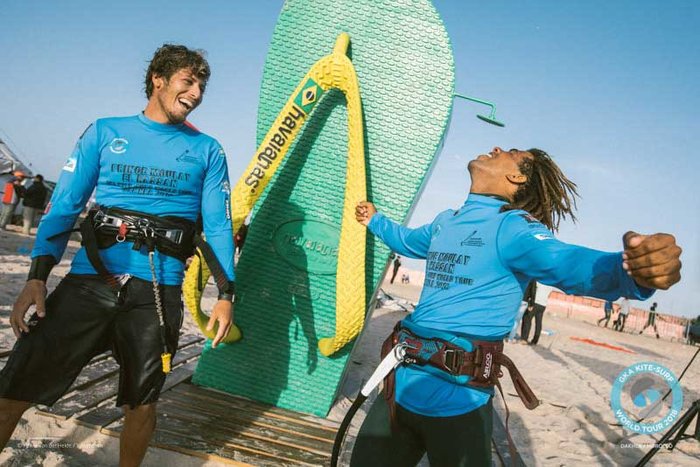 
Things are also hotting up in the women's division with top ranked riders Jalou Langeree and Moona Whyte now level on points, so this is a chance for someone to pull ahead. However, Portuguese rider Inês Correia has been unshakable in third place so far this season and she’s made it clear that her eyes are on the higher podium positions. She’ll be hot on the heels of Moona and Jalou as she competes in front of her native fans! 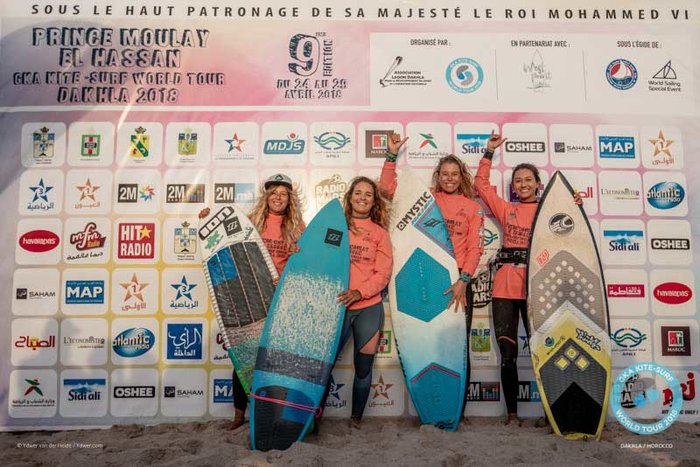 
There are also sure to be some serious showdowns in the men’s top ten as heavyweights like Mitu Monteiro and Sebastian Ribeiro battle for a place on the podium. Tour legends Matchu Lopes and Paulino Pereira will also no doubt be hoping to rekindle their 2018 title chases after a couple of challenging events for them both in Cape Verde and Dakhla.

So it’s all to play for this week in Viana do Castelo and, with strong winds due from Thursday and a very promising looking swell kicking in as well, it looks like a solid third stop to the season is coming up!
Top