The General Assembly of the International Kiteboarding Association (IKA) had adopted class rule changes for the TwinTip:Racing Class and the Formula Kite Class at the Annual General Meeting held last Saturday in Brussel, Belgium.

The TwinTip:Racing Class has been selected as equipment for the kiteboarding events at the Youth Olympic Games (YOG) in Buenos Aires 2018. To ensure a level playing field while maintaining the principle of “bring your own equipment”, the class rules now limit the equipment to be used at the YOG and its qualifier events to one registered series production hull and four registered series production “leading edge inflatable” kites. The full class rules will be published by the end of the month.

For a possible inclusion in the 2020 and later Olympic Games as well as for Regional Games (Kiteboarding is included i.e. in the Panamerican Games and the Caribbean and Central American Games already), the Formula Kite Class together with World Sailing will select one hydrofoil model and one kite model at the end of 2017 from the list of registered equipment. This selected equipment will be the only equipment to be used in such events, while all other class events remain open for any registered equipment. This provides MNAs with planning security for the equipment, provides a level playing field for the athletes and avoids an arms race. A new set of equipment will be chosen under the same criteria (amongs others, that the equipment must be used by a top-10-competitor) every four years which ensures guaranteed equipment evolution and showcasing kiteboarding always on high performance equipment. The changes to the Formula Kite Class rules will also be published as soon as possible.

Apart from these important class rule changes, the General Assembly also approved a re-draft of the constitution which introduces an Athletes Commission for both Racing and Expression disciplines with a seat on the General Assembly including submission making and voting rights, and a separation between elected Executive Committee and appointed Class Management.

The full minutes will be published shortly. 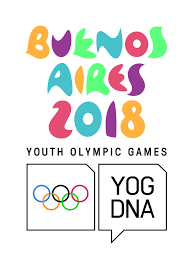 Interesting that for 2020 they are calling the class "Formula Kite", which used to be raceboards, but they will pick "one hydrofoil model" for it, but hydrofoils were originally the "Formula Foil" class.

So to compete in their hydrofoil class you have to buy a new foil every four years (not ridiculously expensive, compared to sailboat maintenance), and you find out what make/model it is 2-3 years before the event so you can start practicing with it.

Seems like a reasonable balance between a pure one-design class (no technological advancement) and an open class (everyone brings the latest gear, but is in a constant (expensive) arms race to find the fastest equipment.
Top

Great, here comes the overpopulation of kiting, with more bans and restrictions
Top

LetsFlyaKite wrote:Great, here comes the overpopulation of kiting, with more bans and restrictions

I rather see less bans, since we need spots to practice for Olympia.

Remember when we were selected into Olympia?
E.g. Switzerland lifted their general ban for all lakes!!!
Top

LetsFlyaKite wrote:Great, here comes the overpopulation of kiting, with more bans and restrictions

I rather see less bans, since we need spots to practice for Olympia.

Remember when we were selected into Olympia?
E.g. Switzerland lifted their general ban for all lakes!!!

That sounds good, but it's unrealistic.

This is what is going to happen when more people kite. There will be more accidents. With more accidents and more attention being brought to kiting they will pass new laws or even try to regulate kiting. With more people who feel unsafe around kiters will bring in bans in most areas and probably really small "kiting allowed" zones.

I'm all for some good recognition of the sport, but just be ready for the baggage that comes along with it
Top

But they will realize that we need more spots...few crowded spots won't help...so more spots do.
This will give us way more power to argue...specially in Germany currently it is a big issue, since nature lovers want to ban us everywhere. A green sport...it's unbelievable. This way we get the Olympia movement behind us...way different story then.
Top

So good to finally see IKA start to disappear. No longer involved in freestyle, or waves! yeah!!

But they conned there way into being involved in youth twintip racing - of which there are none I know of in all of NZ and I doubt hardly any in Aussie - it doesnt actually exist - the battle they lost (freestyle and waves) is where all teh youth are at!) #fakenews

There must be some seriously gullible people working at IOC / World Sailing.
Top

Why is IKA disappearing?

They gave the rights for wave, freestyle and big air to GKA !
Top

They didn't, they had it taken away from them, and given to GKA as far as I know - nothing to do with IKA now.
Top
Post Reply
9 posts • Page 1 of 1