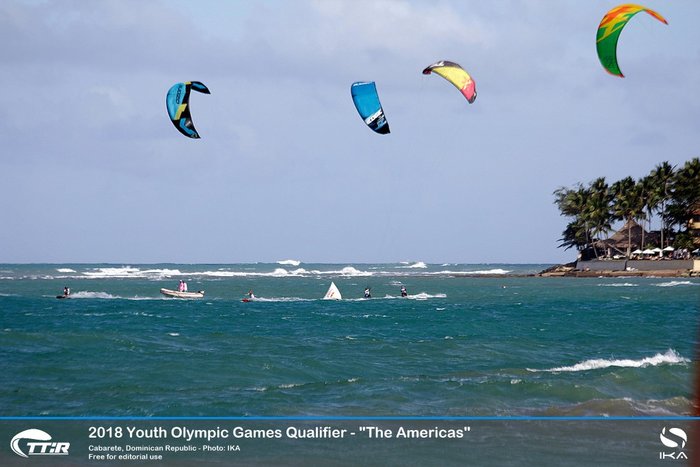 Today marked the first official day of competition for our Junior Olympic hopefuls. On a picture-perfect day on Cabarete beach, 20 heats were completed over the course of 3 hours, showing just how fast paced this sport is. It was a very exciting day filled with super close finishes.

Representing North America and the Caribbean, the top finishers for today in the boys qualifying were: Tiger Tyson of Antigua, Cameron Maramenides of the U.S.A, Adeuri Cornial of the Dominican Republic took 1st, 2nd, and 3rd respectively. 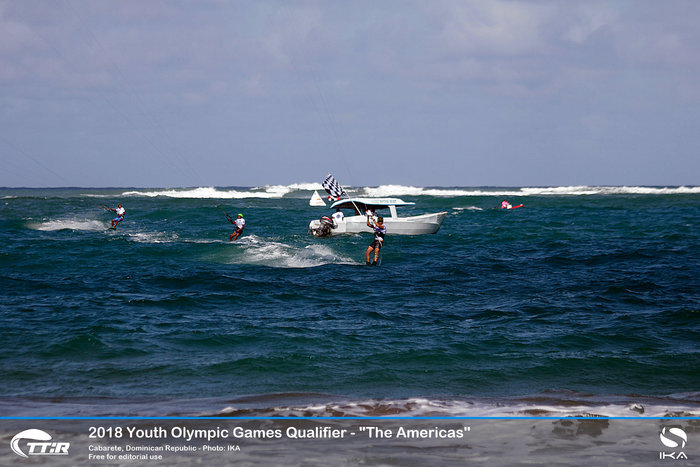 In the South/Central America division Geronimo Lutteral of Argentina held on to the lead confidently, taking first in all his heats. Close behind was Anthar Racca of Mexico followed by Manuel Soares Dos Santos Neto of Brazil.

For the girls division, Ona Romani and Adela Mendoza, both of Argentina, finished 1st and 2nd followed by Maria Valentina Alvarez Villarroel of Venezuela who took a close third.

The highlight of the day was certainly when Lorenzo Calcano of the Dominican Republic won his heat on a kite several sizes smaller than any other, and he closed it by borrowing a board to finish!

Extremely close heats in all divisions kept everyone intently watching and eager for more. Be prepared for a potential shake up in the leaderboards as many competitors are consistently improving their times and climbing the ranks. Riders will be back at it again tomorrow 12 PM Atlantic time, weather permitting.