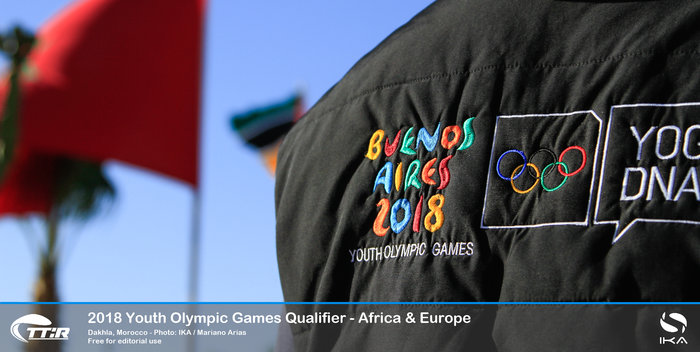 Many of the top contenders for the inaugural kiteboarding medals at the upcoming Youth Olympic Games (YOG) in Argentina have gathered to fight for places at the second qualifying event in the notoriously windy spot of Dakhla, Morocco.

Young riders who have already shown their mettle at warm-up events in Italy and Brazil have been honing their Twin-Tip: Racing (TT:R) skills on the flat waters of Dakhla’s renowned kiteboarding lagoon ahead of the regional YOG qualifiers for Europe and Africa.

The five days of competition due to start tomorrow (WEDNESDAY) will earn the winners—one girl and one boy each from Europe and Africa—the right to take their place in the starting line-up in Buenos Aires in October.

With 32 boys and 18 girls from Europe and eight boys and three girls from Africa, all under the age of 19, the action will no doubt be intense in the event’s fast and furious downwind slalom races hosted by official sponsor, Hotel Dakhla Attitude. 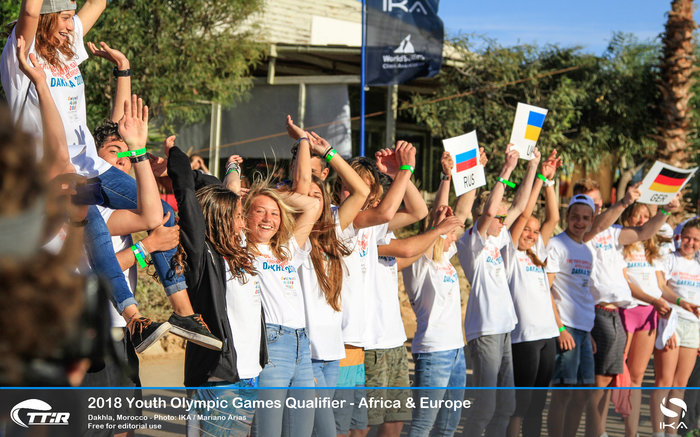 The format of eight-person heats that finish in barely three minutes, with racers restricted to traditional twin-tip kiteboards and tube kites, was specially developed for the youth games to allow ease of access for as many young riders possible.

Dakhla is the second of four scheduled International Kiteboarding Association (IKA) qualifying events—coming after Cabarete, Dominican Republic, last month, and ahead of Pranburi, Thailand, and Hainan, China—that will ultimately select 12 boys and 12 girls for the kiteboard racing line-up in Argentina.

With the stunning backdrop of Morocco’s Sahara desert, the boys and girls from both Europe and Africa will race in four separate groups with the winners of each capturing one of the coveted slots in breezes expected to hit 20kts. 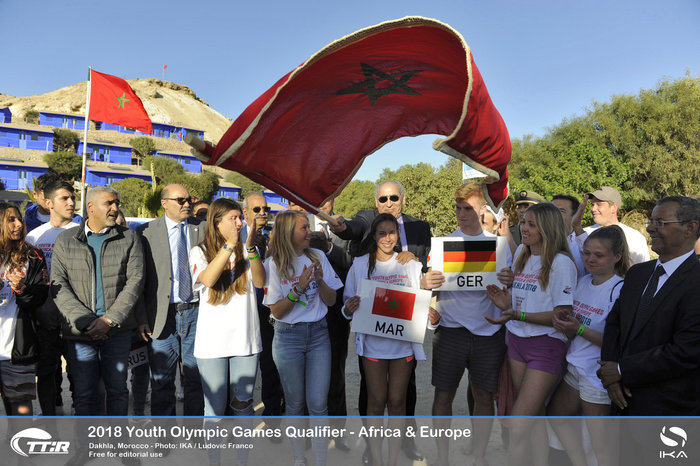 The anticipated strong winds should allow organisers to add obstacles to be jumped on two of the five downwind legs, lending the slalom races an element snowboard boardercross and extra drama.

One of the key contenders for the boys’ Europe slot is likely to be Croatia’s Martin Dolenc after he won the senior TT:R Europeans in Gizzeria, Italy, last year, closely followed by Slovenia’s Toni Vodisek, who scored a podium slot in the Youth division.

But both owed their performances, in part, to faster foil kites they were permitted to use in Gizzeria. With all competitors restricted to tube kites for the qualifiers, it will be intriguing to see if they can repeat their performances, though Dolenc has spent that past three weeks training in Dakhla.

With reigning TT:R Youth World Champion, Sofia Tomasoni (ITA) in the girls’ Europe qualifier group, along with the victor in Gizzeria, Nina Font Castells (ESP) and Alina Kornelli (GER), one of the trio must be regarded as hot contenders to scoop the prized place.

Yet with less of a form guide from previous events, the winners of the slots for the African continent are much harder to predict. But undoubtedly the big Moroccan team used to the conditions on home turf will be looking to make a mark.

Full rankings and live elimination ladders with scoringcan be found at: www.twintipracing.com

Re: Leading Riders Set to Battle in Dakhla for Coveted Kiteboarding Spots in Upcoming Youth Olympics