Two dramatic winner-takes-all finals saw a remarkable double silver medal awarded on both occasions, with racers in the Girl’s and Boy’s fleets both tying in second place.

An historic day also saw the Dominican Republic and the Philippines win their first Olympic medals in Sailing.

After mixed weather over the course of the week, both Girl’s and Boy’s Kiteboarding fleets were forced to use their reserve day to conclude the series.

With stronger winds expected in the morning of Sunday 14th October, racing began at the earlier time of 10:00 to allow the second semi-finals, the B (Petit) Final and the A Final in both fleets to proceed in what turned out to be perfect conditions.

The four highest-ranked kiteboarders proceeded into the A Final. Making the cut in the Girl’s fleet was Alina Kornelli (GER), Sofia Tomasoni (ITA), Nina Font (ESP) and Poema Newland (FRA). 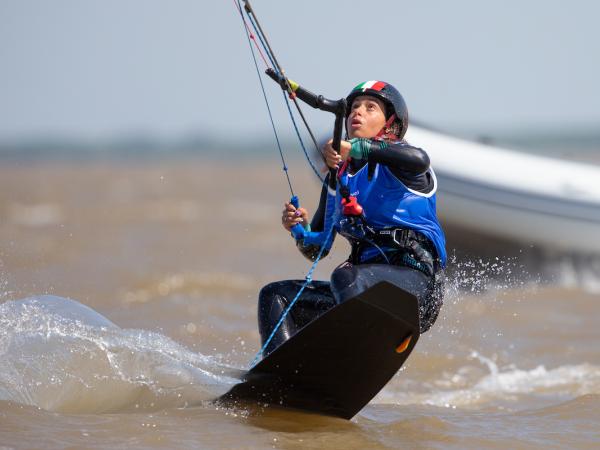 
Kornelli was the favourite after winning five races from six, but in the Girl’s Final A she fell behind early on and could not recover her position.

Newland was first to cross the line, followed by Tomasoni, but as the French racer had accrued a two-point race penalty, she finished the race with three points in total instead of one.

Therefore it was Tomasoni, with two points from finishing second, who took gold, while third-placed Font finished with three points to sit in joint second overall with Newland.

“In the final race I started well and I was first at the first mark, but then at the end, I couldn’t jump the obstacle because I had too much wind,” Tomasoni explained.

“Because I was going downwind I had to go back, and then I was in third place.

“I managed to get second at the last tack, but the girl in front of me had two penalties and I won gold.

“I’ve been stressed the whole week and then before this race, the one that counted, I said to myself, ‘this will only happen once in my life, so enjoy it and just have fun.’ I had fun and I got my result.

“This gold is a dream. It is every effort, it is every session in the gym, every time I hit the water and every time I studied late at night. All of this led to this moment.

“I worked so hard and I think I deserved it. Also, the other girls did very well.”

Interestingly, Tomasoni is now eyeing a switch to a different fleet.

“I’m planning on sailing the Nacra 15 for a year and then going kite foiling, and then hoping to get to the Olympics - I’m looking forward to Paris 2024,” she explained. 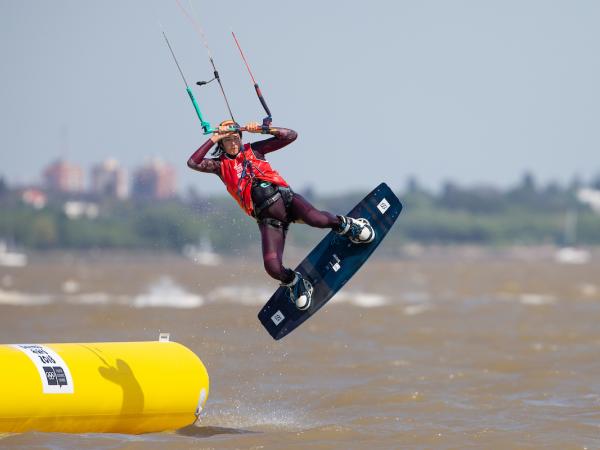 “I’m so happy with the result. Everybody’s been killing it out there – especially the German girl. Congratulations to everyone,” she said.

“The final race was pretty close. I think it was the tightest final I’d ever been in. At the end Italy and I were really close and we didn’t know who had won gold at the finish line.

“It’s something I never thought I would happen – it’s not sunk in yet. Maybe next week I’ll realise what I’ve done.” 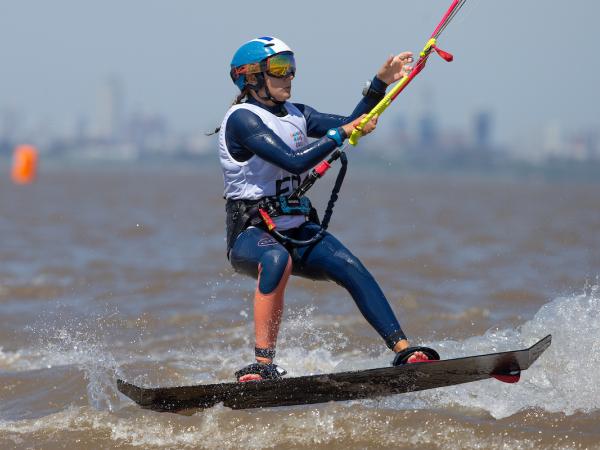 
Sealing France’s third Sailing medal of the Games was Newland, who was ranked fourth before marking Final A with her best race finish of the week.

“I can’t believe it. I’m so happy to be second. It’s an incredible feeling – I can’t describe it,” she said. 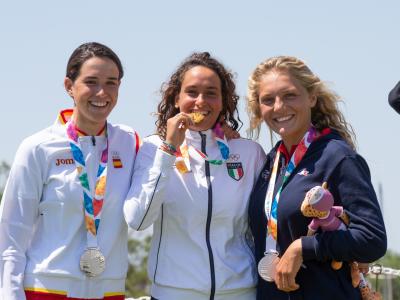 
In the Boy’s fleet, Deury Corniel (DOM), Cameron Maramenides (USA), Toni Vodisek (SLO) and Christian Tio (PHI) all qualified for the A Final. 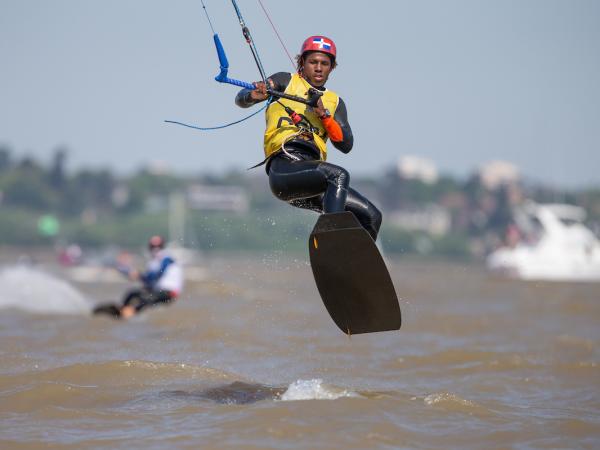 Corniel soared to yet another win to seal a well-deserved gold
ika 5.jpg (22.81 KiB) Viewed 675 times


Following him across the line was Vodisek but, as the Slovenian had received a one-point race penalty, he ended up with a three-point total, meaning he shared silver with third-placed Tio.

Maramenides, who had started the day ranked second, missed out on a podium spot altogether.

An emotional Corniel hoped that his success could inspire others in his country.

“The conditions today were really perfect. I was over power on the 17 but I just put my head down and said ‘this is my future here, this is what I want’ and I made it,” he said.

“I woke up this morning with this in my head and I just went for it. I know I deserve this gold medal.

“For me it feels amazing to be here at the Olympics. I have to thank the Cabarete Kite Academy for supporting me with everything and helping to prepare me to be here.

“I hope to see more kids around and for more Dominicans to get this energy and make their dreams come true.

“This was one of my dreams, and my dream came true today with this gold medal.” 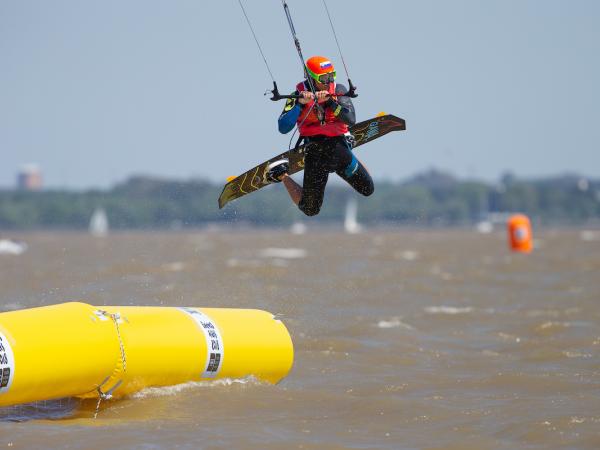 
Vodisek was understandably delighted to claim Slovenia’s sixth medal of the Games.

“I’m really psyched to win the silver medal,” he said. “The competition was amazing and everyone was super good. It was hard fought, but at the end we are all champions.” 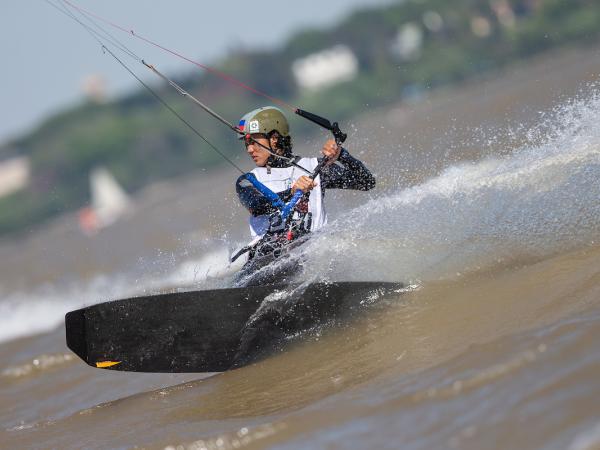 
Tio was ranked fourth ahead of the A Final and raced well to finish ahead of Maramenides and pip him to a medal.

“Everyone fought hard. The wind conditions were strong when we came out – we didn’t think it would be that strong, so everyone was on big kites,” he said.

“I’m really, really happy and it feels so good to represent my country and win this medal.”

The B Final in each fleet confirmed the racers finishing from fifth to eighth. This was Ona Romari (ARG), Jingle Chen (CHI), Oliwia Hlobuczek (POL) and Maria Alvarez (VEN) in the Girl’s fleet, and Maxime Chabloz (SUI), Benoit Gomez (FRA), Tiger Tyson (ANT) and Geronimo Lutteral (ARG) in the Boy’s fleet.

Overall, over five events from three classes in Sailing, Italy topped the medal table with two golds and one silver, closely followed by France with three silvers. 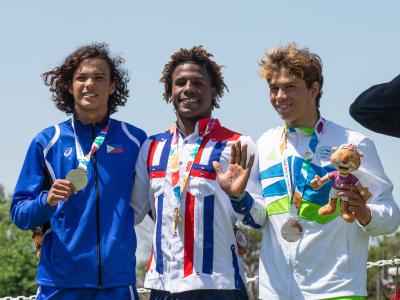 Re: Italy and the Dominican Republic claim inaugural Kiteboarding Gold Medals at the Youth Olympics

congratulations to all riders!