Need a faster foil board

Need a faster foil board

I have been riding my Carafino foil board for several years with no complaints. It seems solid and has held up well.

But I am doing some kiteboard racing and I would like to use a foil board but my Carafino just doesn't have good high speed capability. At higher speeds, race boards just go faster.

I would like a board that can go very fast. Which of the available boards has good high speed capability? I ask this because I expect most boards are designed for recreational of use like the Carafino and I don't need another board like it.

I have been looking at the Taaro Sword just because Johnny Heinikin used it in a race and in his video.

That is a beautiful question. Keeping mind that Carafino has built the original boards for recreational use. Carafino is now bringing to the market a foil that will go faster than the sword, is priced 100"s of Euro's less. We speaking a difference of 500+ euro's less.

The foils are in production and will be released about end of this year. We have tested these foils extensively to avoid all aspects of manufacturer under sighted defect that we experienced 5 years ago. Many other foil brands are breaking after use of 10+, see post under hydrofois for photo and video evidence of what is out there and priced will over 2000 euro, plus shipping and import tax.

What compliments the Carafino is that is last a life time.

Now the focus of Carafino is racing, going fast, impressing your wife or girlfriend on the shoreline and all that other great stuff that makes smiling and forgetting about the world after a foils session so much more sweeter. So we are bringing a more progressive race foil to the market that you can jump and land under a tremendous amount of stress, without pulling out the blade inserts or cracking the attachment points and most important it is light and not heavy.

I shall not get into promoting the Carafino brand more on this site as the forum is for discussion and not pimping without adverting.

Nonetheless, with that said, continue to enjoy the flight as a fast jet is soon on available for you at a discounted repeat customer rate if you so choose to consider on your next purchase.

Did you mean race boards or race foils?
Top

I mean race boards (with three fins). They seem to have no upper speed limit but my current Carafino hydrofoil does.

have you worn out your current foil? if not, i'll bet it might sell

If you need easy of use, gently maneuvers you need (have) this...

But, if have the need for speed, may be you go for a more technical ride, more agresive airfoil and more AR wings...like this:

cosmo wrote:If you need easy of use, gently maneuvers you need (have) this...

But, if have the need for speed, may be you go for a more technical ride, more agresive airfoil and more AR wings...like this:

Funny in The Air, high AR seem to be slower and low AR are the jet fighters for high speed. In the water the opposite is true.
Top

Between the Taaroa Sword and Spotz, which both are fast - the Spotz seem a lot faster, according to the riders and latest events.

Dont know about others in comparison - just these two

Hawaiis wrote: Funny in The Air, high AR seem to be slower and low AR are the jet fighters for high speed. In the water the opposite is true.

Nope, same in water. Dont get confused between lift, speed and manouvrebility...the jet fighter do not have the same lift as the glider - but because of more engine power it dont need it. But it need manouvrebility in order to win the fight in the air. But when we have to ride the thing, we also need controle. If you dont have control and you crash, you will never be able to swim faster than the guy on a plane 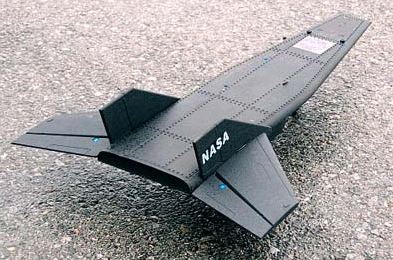 how about a infinite AR wing/foil?