Hey Guys
What's happening with Carafino can someone please fill me in, thank you.
Top

took a lot of money . didn't deliver and went into hiding or a tour of duty he said... to never be seen again. Or people never to see money or product
Top

he is a thief.
Top

rththiii. so you are here again, I'll spill the beans for you, you are cariffino...what a dick! you join up and ask one question that every one knows the answer too. no one is that big of an idiot!!!! what a coincidence that you post this question the same time KEONI sends me a personal message. have fun with this!
Top

IMHO as far as Carafino concerned He think he's something special but just an ego maniac
and having a secret legendary R & D what no one else has thought of.
He thinks he is the inventor of KB hydrofoils, but he took the concept from Air Chair to just kiteboarding,
as far as history goes in the book records.
But appears to be the secret is in order to deliver to the customer,
and hey he doesn't like to hear that because he argues with people so everybody is disappointed.
He became a scammer expert and took the models from motorized board builders from bellow


POWERSKI BY: BOB MONTGOMERY / USA
Powerski is a scam that has been going for 15 yrs. Bob Montgomery
is a genious at spin and deception.
He has used Powerski as a tool to deceive people and con them out of their hard earned money.
He has been promising to deliver boards for years but instead he takes the money people invest
for dealerships, distributorships and investment for his marketing toys.
Its all about give, give, give to Bob and get nothing in return.
Ask all 40 dealers in the USA and all 20 distributors worldwide, the stories are all conclusive.
He will take your money and forget your name the next day.
It is Bob Montgomery and jim Walker who are in their late 50's and are perinoid of their own
shadow from the years of mind altering abuse.
They are the biggest bullies and scam artist of the PWC industry I have ever seen.
http://www.scam.com/showthread.php?t=21454

CHRISTOPHER KANYARO JETBOARDER SCAMMING / Australian
Google Christopher Kanyaro who has made his living Scamming people.
Now he is selling Cheap Chinese copy cats of the BOB MONTGOMERY's Power Ski Jetboard,
because he was pissed of Bob didn't deliver half of his orders from USA
He is buying these copies from the Cotrum factory in china.
If you want to buy your own cheap fake power ski jetboard you can go here
and order direct and not pay this scammer 10k for one.
http://www.ripoffreport.com/r/chris-kan ... ard-757779

There is a lot written about Christopher Kanyaro and how he has scammed many people.
He made a deal with Power Ski to distribute their product and took it to china
and once they got it it is game over for Powerski and Jetboarder too really.
There is no honor among thieves and now many factories are making these cheap copies.
If you are a victim of Christopher Kanyaro the best thing to do is to write
about him on Internet complaint sites so others will not fall prey to his scams.
"He is worried about his reputation because he hired me to work on it for him and then of course
as scammers do he did not pay me."
As one of the guy I talked to.
This will take over the search results for his name and save others some misery.
http://complaintwire.org/complaint/668B ... der-com-au 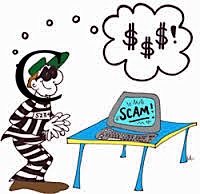 No worry. As it seems, I lost money too... I wish I was mango. I'm sure he is way better than my situation...
Top

Keoni wrote:No worry. As it seems, I lost money too... I wish I was mango. I'm sure he is way better than my situation...

I am sure you are very well off with all the money you have stolen.

Hide behind your alias as much as you want.

Shut the f.k up i.iot Tone! I have enough problems. I can't waste time with you. If you have a personal problem with me, PM and I want to see you face to face.

I open the topic for the foils. Because, I have that 6 boards with me but no foil.

IS there anybody who produce any cheap stuff or sth just for a beginner ride? any model? any idea? I see some aluminum staff which is easier to produce with some g10 epoxy wings. Is that works?

Btw, At least, We can use that boards... Also, I appreciate to see any core draw or solid work for CNC! I'm sure some of the victims has a knowledge about it! We can discuss about dimensions.

Hope to hear any co-operation!
Top

I don't believe you are who you haven't said you are.

I think you're Carafino. Or someone close to him.