No photographer during our tandem mono sessions, but we got some nice 360 shots on the CRX stubby. 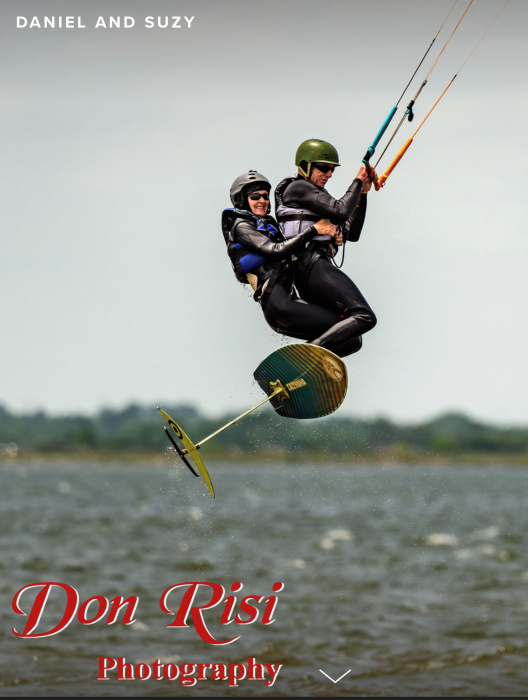 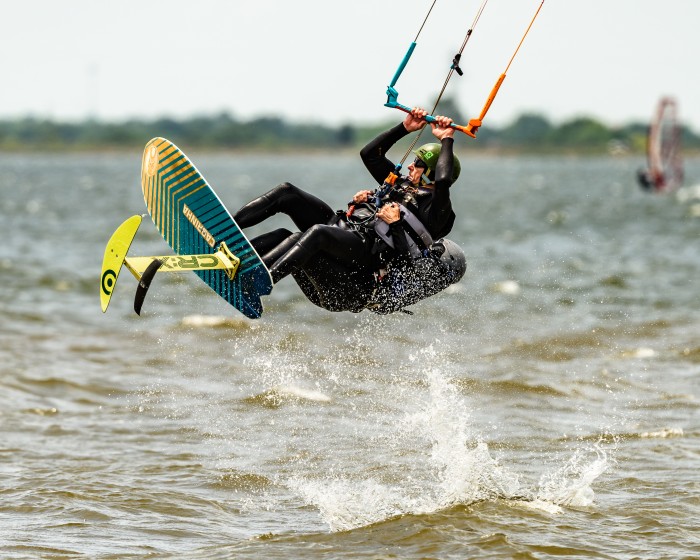 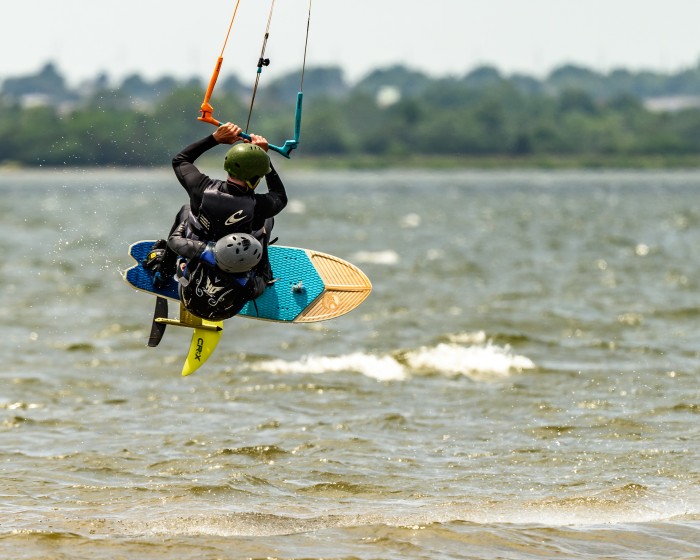 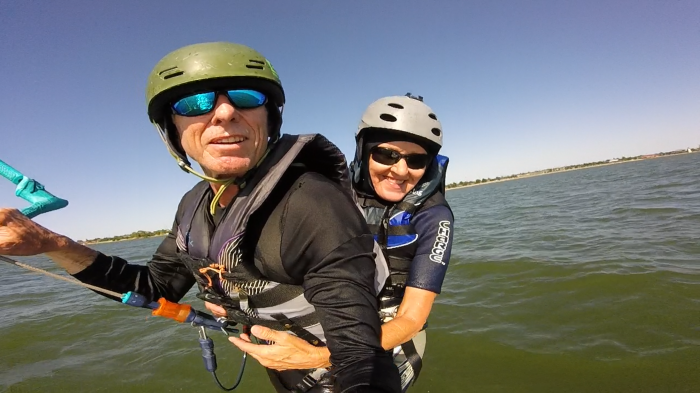 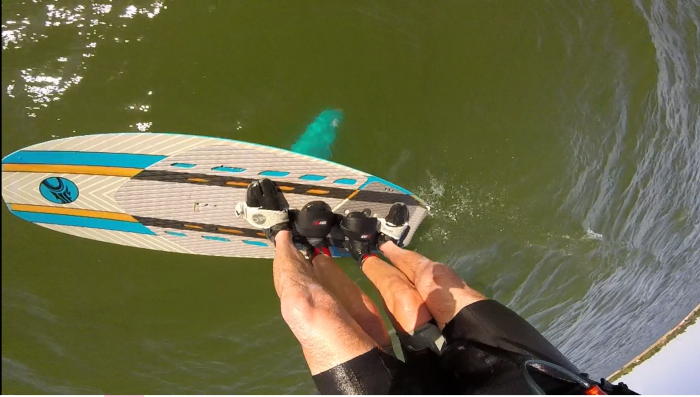 . Just wonder, that not just the stance of your escort is pretty narrow. Maybe worth to try a wider one for you, as my experience is that on a mono a close to race style wide stance gives you more control.

First of all, I am happy with it as it closes a small hole inbetween my Levitaz Cruizer 990 cm² and the GONG Classic M 1400 cm² and also the price to value is good for sure, but on the other hand you feel the difference to wings developed with more effort, sold for higher prices as Moses and Levitaz.
There has been another test (with stabi in another topic) saying Pro M is better than Moses Onda, which I would not agree with, epecially if talking about mono, but maybe even extrapolating to stabi foils. As also discussed in the other topic, the problem when comparing wings with stabi is always to compare systems but never pure wings and the influence of bad stabi selection or trim can be much bigger than of different front wings. According to this, even for stabi foils I would always try to test them first as mono and recommend that, knowing most testers wont do this. The Pro M is pretty much what you would expect from its shape in comparison with the older "M" especially if higlighting its higher AR adding its lower surface and thickness. It needs significant higher speeds and has already a pretty much high AR behaviour to have less the problem to rise uncontrolled out of the water but more likely to lose lift and fall back if not fast enough during start (maybe try to sand it even if not sure it will help). So for me monofoiling with a wing it was significantly harder and needed more wind in the flat to come up. On the other hand with a wing the significant higher speed and glide was pretty nice just needed more care to not touch down to avoid a difficult new start. On the kite and instead of the wing not on a iWingboard but a kite hard board at higher speeds as said it showed that it is much less harmonic than Moses Onda, Levitaz Cruizer or also the big duotone foils. In the feel that with rising speed it sometimes changes flow and lift in a unharmonic abrupt way it is not necessarily worse than the bigger old GONG wings but at the higher speed you will feel it more having less time to correct. Low start point of speed range will be between Onda and Cruizer, glide quite sure better than Onda; Top end, hard to say, for sure not reaching Cruizer and for Onda depending how much you get used to the lower harmonic.
Still not yet tried with my shown small board but interested to see as the board should have an optimum for best low wind foil sizes, which could be around M pro and would be a nice small travel pack, cutting strut to board length. 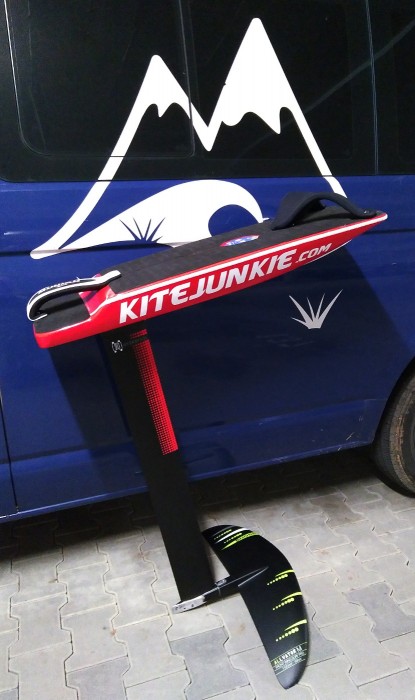 Another small hint I maybe haven't given yet, possible for GONG but also similar Alu foils especially in the combination with monos and with straight board deck with no inclination or even a negativ one as on some inflatable wing foil boards it can happen:
To get the nose up and having the pressure point of a mono again a bit more foreward to fit the strap position of a normal foil, it can make sense to shim on the base of the strut, as I do with my inflatable and GONG foils. For the shown small red board shown on the other hand I had to take the shim out as it alread has a quite high inclination with its step tail and is also limited with the strut position, as shown already completely to the back.

Any one mono with S S space skate?
Worth a try or no?
Merci!
If yes approximately where is stance to be centered over lift point please.
Or, if not specific to this exact wing and estimate considering other similar wings?
R H
Top

revhed wrote: ↑
Tue Jun 30, 2020 9:27 am
Any one mono with S S space skate?
Worth a try or no?
Merci!
If yes approximately where is stance to be centered over lift point please.
Or, if not specific to this exact wing and estimate considering other similar wings?
R H


As I recall from Horst (and myself when I removed my stab), you stand around 10 cm further rear, when removing your stab.
Maybe even 15 cm if it was a big stab and angled very negative.

Of course depending on you exact stab size and aoa, but to give an idea.

Meaning you have to move the strut 10 cm further forward on the board, when stabless, for same trim.

Peter_Frank wrote: ↑
Tue Jun 30, 2020 1:15 pm
you stand around 10 cm further rear, when removing your stab.
Of course depending on you exact stab size and aoa, but to give an idea.
Meaning you have to move the strut 10 cm further forward on the board, when stabless, for same trim.

Logic as stab pushing down a little moves C O L forward, but interesting as photos I see do not really confirm.
Will add thin strap length wise for water start or foam block shaped to fit feet as strapless as I do 99% seems hard to learn, test stabless, maybe
velcro release straps if needed.
R H
Top

What should be the board size in relation to conventional foil - bigger, smaller or it doesn't matter. I ride 95x41 cm with stab foil.
Top

Even if I had a friend started directily with a tiny < 1 m board I would recommend to start like a beginner with a pretty big board, after some session when monofoiling starts to feel normal you can go easily very small, more easily than when riding with a stab, as in the case of expected touchdown it is possible to bring a small board fast into a nose up position to not nose dive, while when riding with a stab it will block this helpful movement.
Top

As there have been many other post about windfoiling I hope this is not too much of topic: 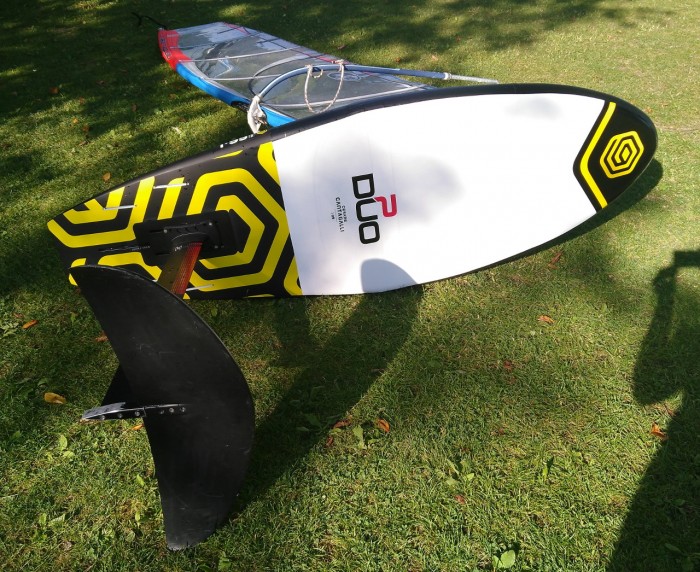 Had just two rides last year with self made and a standard NAISH Windfoil, immediately flying when having enough wind, what was a bit a problem, but both felt shitty. Overall flying time maybe 1/2 h.

First try with my new Pendle board (half inflatable) and again too low wind, but it allready felt significant better, especially the foil effect: "I am flying and so sail pressure is going down a lot" was pretty nice compared to the NAISH which didn't make a difference in resistance if flying or not flying, even if it was maybe better pump able thanks to correct strut position.

I think just the needed physical and rigging effort, will keep me away from seriously starting MonoWindfoiling. 22 years of kiting with foil kites has made me soft physicaly and in the expectation what is an acceptable rigging effort and time.

But if I get the occaison to just add an allready rigged sail, I will try again in the future, as I start likeing the Pendle board as a jack of all trades device a lot. Allready have been
- Supping
- Wingfoiling
- Windfoiling
- Kitefoiling
with it. All of course with monofoils. Only missing is Wave SUP Foiling, but as it is mainly shaped for SUP Wave ridding it should also be able to do that too.

As mentioned a few times, I think monofoiling fits pretty well with kiting ...

... now I think, it fits even much better with winging. The reasons is that some of the biggest disadvantages in kite monofoiling are much less or not relevant when winging:

- winging speeds are slower, which makes the first try easier, also top speed limit on a mono is less or nearly not relevant for usual wing speeds
- sit foiling or the canery man, which I miss on the kite foil is much less interesting to do with a wing, so you don't miss those tricks
- going strapless, which is pretty hard in combination with a mono is also much less relevant on a wing, as you more often want to have straps for pump starts anyway
- and latest and best experience:

Unfortunately during the last 18 month I am monofoiling with wing I was to lazy to take the effort to install proper V double front straps but was going with just one asymetric front strap.
The first day I installed the V-strap, the secound jibe with foot switch I tried was already a full flying one!
Didn't expect a monofoil foot switch with a wing would be so much easier than on a kite, but that's it. During the last 18 month I always did a very short surfacing for foot switch, but in low wind the risk was always to stay glued to the surface.

Now, using also the great tip from Balz Müller to better do duck jibes in the low wind instead of normal jibes, I started to be able to do foot switch jibes in wind as low that I sometimes had to pump the foil to stay in flight ... which is much less wind you would need with a stabi foil as we remember stabi foils always have a much worse low end.

I am all around happy now with mono foil winging, so I think I will open a new specific topic about it in the wing foil section in the next time.

And not to forget about a further important advantage, as we remember, monofoils are extra light, wingfoils are extra heavy, but monofoil wingfoils have acceptable weight and therefore are much more of a pleasure to be jumped 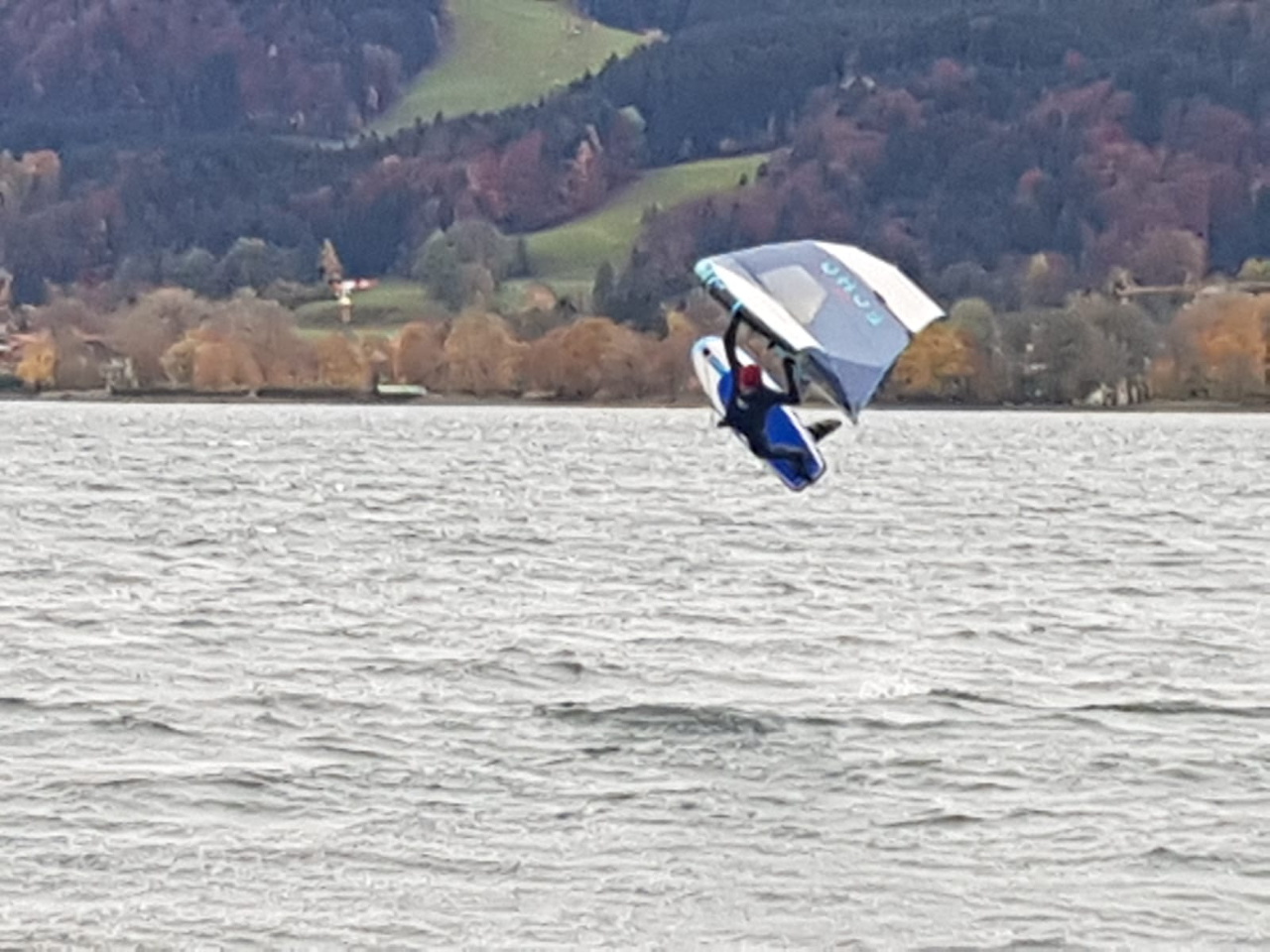