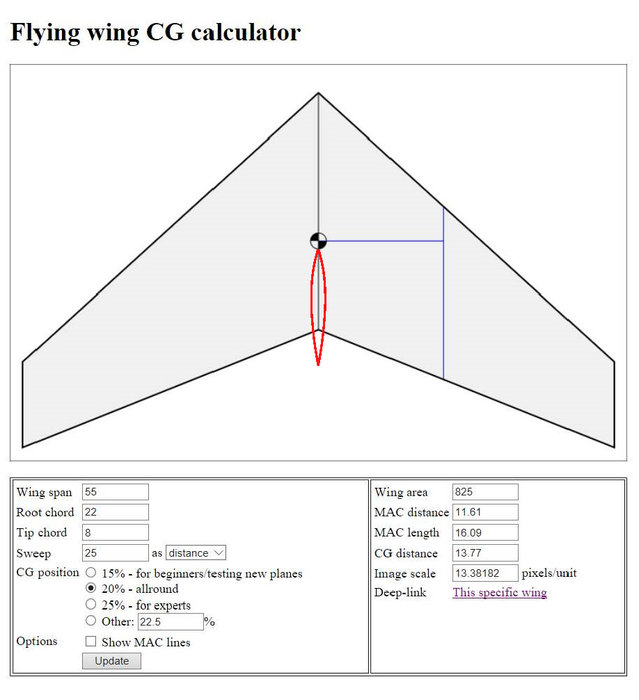 My plan is to make a wing out of EPS, ALU cast it and than bolt it on the stock ALU strut....

It might work, but I still think the mast is much further forward than a balanced normal foil where the COE is maybe at 25 % of the chord (30 % the wing alone, and a bit further forward if a tad downlift on the rear wing).

Interesting simplicity when avoiding the fuselage, and the pitch stability can be obtained simply by having less aoa at the tips.

Of course it is taken from the performance, but if we got sufficient for fun, cool

Also opened my eyes according to the photo from the french forum.
I am pretty sure nobody is talking about the shown construction as it doesn't work, because the strut is much to far forward and has a lack of yaw stability, that can't be compensate by the rider.

Just remember, monofoil works and is fun, but the goal of every development has to be to make it more stable and easy, especially in pitch but also yaw axis, or at least don't make it worse.

So as the yaw stability of my construction is already lowered in compare to a normal foil due to two reasons:
- point of gravity is moving towards the strut and
- yaw stability is directly reduced by missing back wing.

So better stay with the strut as distanced as on a normal foil setup, otherwise it can be, that it is not ride able.

Last experiences:
Have been out in gusty up to 30 knts of wind with my 6 m² foil kite. Worked, also some flying jibes with changing foot position. But on the end the small speed window and gusty conditions are a bad combination.
I already tried the new big Levitaz wing and was very happy with it in the normal setup, but when I tried to remove the back wing the wind dropped. But now I am sure I will be able to try it this month.
Top

I thought the fun part is that it is not that easy to ride?

Do you have any more information about this? Where is this picture from?
Greetings,
Jaros
Top

all I know is that, as Peter mentioned, the wing is balanced with tuning AOA and foil profile along the span and that it took a while to refine it. Bit different than glider wings used in flying. Author(s) is knowledgeable in aeronautics
Top

Hi borist,
interesting, but how did you heard about it? Sounds as it works, but on the other hand I wouldn't expect this with the strut so far in front. Video would be great. I also tried very view times to go backwards with mine and didn't work jet but actually I think maybe it is close to impossible with the strut to much in front.

@Frank Rosin:
The fun is more the feeling of freedom in movement similar to the zeeko spitfire. Although the spitfire for sure is more suitable for daily use. But on the other hand the mono feels more natural and has the low drag high performance of a racefoil while being super compact, no sharp edges, potential to be lighter ... which is a very unique combination. Still think one of the best setups for very very light wind. But could be improved with a even bigger wing and maybe a bit shorter strut.

If you get your new big levitaz wing just try it without stabi, has to work great.

Question: would attaching a jet-engine in place of the current stabilizer (stab) , while keeping the fusselage help to return some or all of the stability lost by removing the stab?

Would jet-engine apply a downward momentum on the front wing just as stab does? If the answer is yes (not sure), then would it be a valid idea to say that future e-foils could have just a front wing (monofoil) and a jet-engine replacing the stab as its propolsion system and as a stabilizer?

The first delivery of the "Scubajet" is scheduled for end of may. If that device actually deliver what they promise, could that be used as a cheap e-foil solution just mounted to any production foil currently on the market?