So are the XLW wings slow enough to "surf" a small wave?
Top

I'm 1 year into foiling and 3 sessions in on the Spitfire with XLW wings.

I haven't ridden the Spitfire back to back with my Zeeko Carver but I would say they are very similar to each other regarding take off speed and speed while riding.

I'd say the XLW wings are fast enough not to be boring and slow enough to stay on a wave.

I always feel like my Zeeko Black wing is too fast for waves.
Top

Is that Shinnster reinforced in any way? How are the straps installed? I have the same one and considering if it's worth converting it to a foilboard. Could you please share the conversion process if possible?

I'll post photos tomorrow but I built a carbon plate with inserts for straps inside so all I had to do is over drill holes in the shinnster and coat with epoxy to seal. The plate is removable so I can use it with future projects or after I cut down the shinnster if I do.
Top

I had a run in some small waves over the weekend. The XLW can still get up some speed but they do not feel as "fast down the wave as the Carver".

I did get going fast enough in 10 knot conditions to move faster than my kite and drop it in the water however (embarrassing).

Overall it is looking very positive with the bigger wings in the surf.
Top 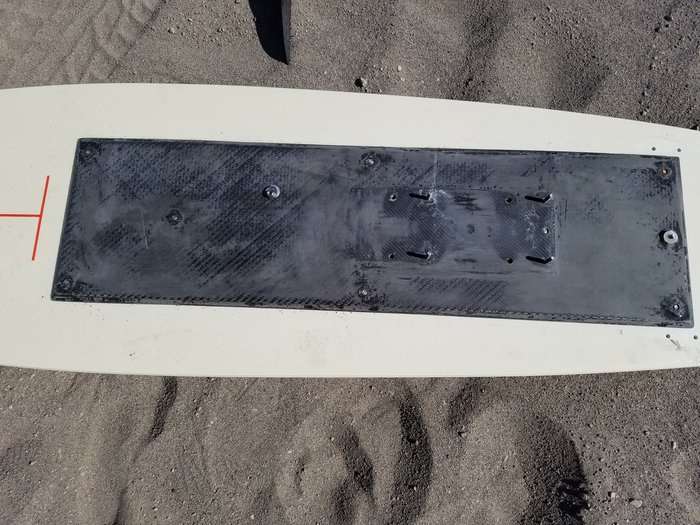 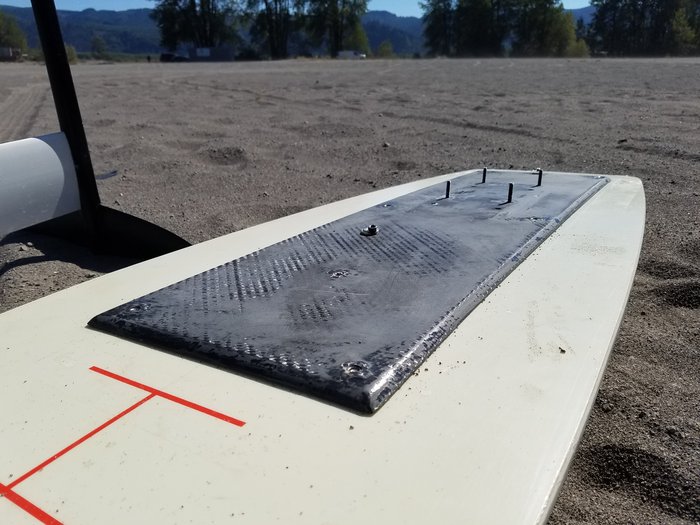 I just rode mine w the XLWs for the first time today in 10mph. This foil rocks ! I kooked out bad for the first 15min but after that I had fun ! Cant wait to go out in the waves w it !
Top

I've been riding with XLW wings for few days on flat water and my impressions are very positive so far. While there is an increase in drag, speed is still very good. This was a concern to me before buying them, so I'm very pleased with the result. On a good side, just about all maneuvers became noticeably easier. In comparison to standard wings, nose dive during transition is much softer so footwork can be slower. Naturally low end speed is slower although it is hard for me to judge by how much. Riding in light wind is less stressful because of it as I don't drop down as often during jibing so it is easier to maintain momentum. I can easily see this wing set as the only one for many riders.
On the "negative" side (if I can call it that), when I pushed the foil in a tight carve, it would not turn as tight as with standard wings. Also accelerating into a jump is not as dynamic so it is harder for me to load lines as much as I normally would before take off.
To sum it up, I'm very happy with this set. Well worth the purchase

i have about 10 hours on the XLW wings with 12m and 9m kites and I'm really liking this foil even more than before.such a balanced smooth ride. you can go really slow in and out of transitions without falling off foil even in 7 to 10 knots. most importantly with the larger wings it's even less prone to breaching and if you do you have to be practically asleep not to recover from it.

Of course it feels more draggy but its still fast enough.

Have been on the zeeko gear for 2 years now..
Standard wing, Carver, spit, and now XLW Spit.
Yesterday was maiden sesh on the XLW. 9 to 11 knots and 12mt foil kite.
I ALMOST think the XLW continues to stay on Foil with LESS velocity than the Carver. Was really suprised during a couple of botched jibes that the damn thing just wouldnt stall...kept flying!
Definately doesnt point as high as any of the other 3 mentioned...but just a bit less than Original Spit...of course, with such light wind and my medium aspect foil kite cant expect much there...

We both felt (actually with a friend we both rode our new XLW wings for the 1st time same sesh) some extra vibration while riding and in MY case the damn thing was buzzzing and humming more than any other foil ive ridden. ANyone else with this experience? It MAY have been a new setup with washers at the connection point that im trying out so dont get your panties in a bundle...THATS why im asking if anyone else has felt a tremendous increase in vibration/hum with the XLW wings.

We are using the new SHINN Jackson 120 cm boards as we like to boost once in a while and wanted less swingweight and more durable connection between foil and board.

Can anyone comment as to why Zeeko has a disclaimer with the CARVER foil that it should NOT be jumped? Is it just because of the added surface area of the wing that can possibly make to much leverage on the fuse when landing?

I know that Zeeko does NOT recommend to try to plug or fill the mast with foam to avoid taking on water...but has anybody experimented anyway? Success? FAIL? Im getting a bit lazy these days to always "crack and drain" my mast/fuse after every sesh.

One has to wonder....if CANARD is such an interesting setup/alternative....WHAT ELSE is possible with FOIL design and innovation?
Top

my XLW definitely has some vibration at various speeds and angles mostly when pushed hard but it usually goes away (not constant) anyway I agree the XLW stays on foil longer and easier than the carver wing and can almost stop and pivot mid transitions and stay on foil (as seen I the recent videos) I also feel like riding toeside on this foil feels so much more natural and more like a surfboard.

I'd like to seal the mast too my other alum foils have sealed masts without any issues. or better yet how about a 5lb carbon version or at least a carbon mast and fuse option
Top
Post Reply
672 posts