That board looks like it could break the sound barrier

it now the start of March.
so where is my shallow water 81cm mast?

nothing to see here
Top

^^heard 1 more month just have to be patient could be before then...busy factory
Top

Moses is going to launch 2 new windsurf foils by feb end /mid march , the freeride model adopts a new front wing named 790 (actually the span is a bit longer 80,2 cm)
The same wing can be used with the surf fuselage , so there won't be any S model.


The 780 is a totally different wing , 780 and 900 (span) are 2 race wings for windsurf and they comes from the 645 new kite race wing DNA
will adopt a 105 dedicated windsurf mast and a very long fuselage (the stab is the same as kite race model the new 425)

hope this fix some doubts I read here

Very pretty!
Judging by the mast it’s a photo of a windsurf set but fuselage looks like surf version.
Is it 749 or new 710 fuselage in the picture?

Since 790 wing was supposed to fit both surf/windsurf fuselages I have few more questions:
Is 710 fuselage compatible with 749 (surf/SUP wing hole spacing)?
Is 900 fuselage compatible with 838 (windsurf wing hole spacing)?
What are differences going from 749+838 to 710+900 besides length and manganese added to alloy?
Did use of new material made them lighter?
Comparing 710 to 749 - did front wing move closer back to mast or stabilizer moved forward? 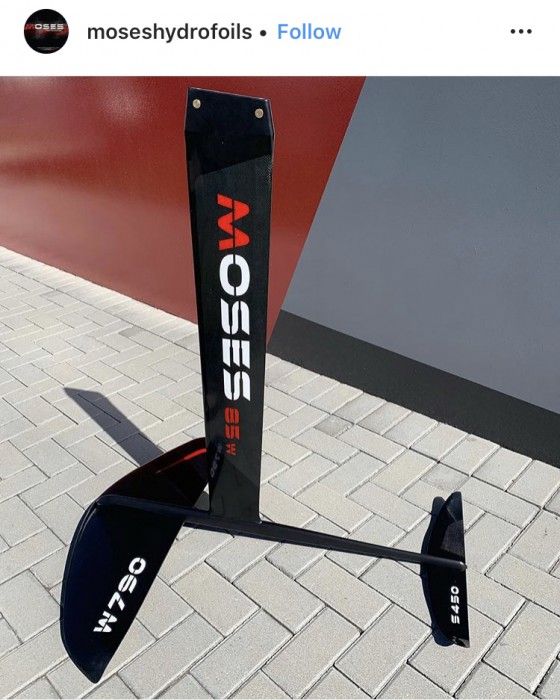 
Brand Affiliation: None
Has thanked: 139 times
Been thanked: 185 times

Is it possible to put a 633 wing on a Havok fuselage?
Just asking
Top


Brand Affiliation: None
Has thanked: 139 times
Been thanked: 185 times

“Hopes and prayers" go towards larger-than-590 wing for 647 fuselage to be released one day. Something ~1000 sq.cm. would be awesome. There's a whole inch of space between trailing edge of 590 and the fuselage-mast mount bolt when mounted on 647 fuselage and the wing could be more arrowheaded forward as well as swept back for additional surface area.

no pictures or further Information on these Websites but you can already order them..... not too expensive...
Top
Post Reply
729 posts