Anyone shim their board to raise the nose rocker? I’ve been using a wake skate board for the past couple of months, the aggressive rocker made my front foot higher like a ketos board and I got so used to it for strapless crap in the surf until is broke. Now going back to my production board I’m pearling like crazy.

To raise my dwarfcraft nose two inches I am going to make a 3.5° shim from composite shims.

Unfortunately won’t have wind till Tuesday-ish. Looking for guidance on someone who has done it.

And kite companies please start making some aggressive rockered boards like ketos and Kanaha shape...I don’t feel like shelling out 1k for one thou. Pretty soon 90% of the kiters will be on surf foils and want a small board with a lot of rocker. Not a short flat board.
Top

Make your own board!
Top

Airush have a mast base specifically for kitefoil with a 3 deg built in angle.
Top

There are two methods
Shim 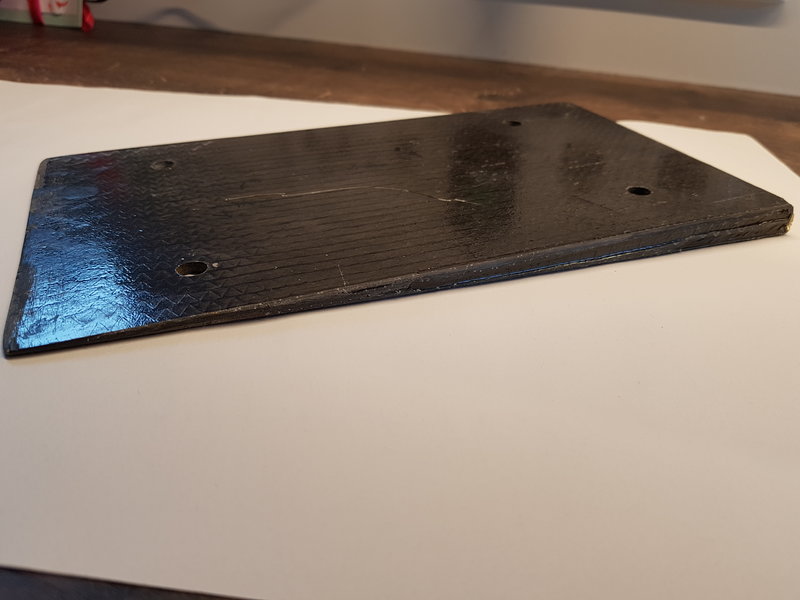 jespin4845 wrote: ↑
Sun Jan 13, 2019 5:47 am
Anyone shim their board to raise the nose rocker? I’ve been using a wake skate board for the past couple of months, the aggressive rocker made my front foot higher like a ketos board and I got so used to it for strapless crap in the surf until is broke. Now going back to my production board I’m pearling like crazy.


You are spot on, flat boards sucks bigtime, particularly if they are short they do, it gets a lot worse.

The longer the board the less important with aggressive scoop (or nose scoop which is the same as "rocker" in the nose).

For foiling, boards that are flat sucks, you will nosedive often and not be able to start easy on the short ones.
Then one can raise the nose (not raise the rocker, that would require a new board) relative to the mast, which is often necessary to ride okay.
It sucks a bit too, although you can ride just fine, but you need to ride with your front foot bent - VERY uncomfortable in the long run

But better than nose diving or not being able to start easy.
I had to raise the nose a tad on my 3 foot totally flat skimboard, as too difficult to start otherwise, but now I have to ride with front leg bent more...

The other scenario is heavily rockered boards (all the way through like wakeboards), which isnt much better, as here your front foot will also be "higher" than the rear, so you have to stand awkwardly with front foot bent

The solution is to make boards without (much) rocker, and only scoop (= nose rocker, violent on supershort boards, gentler on longer ones), here my shorter 118 board and medium 130 cm, where you can see the idea, and how at longer boards you can have a gentler scoop because it must not start till in front of your front foot to give a balanced stance: 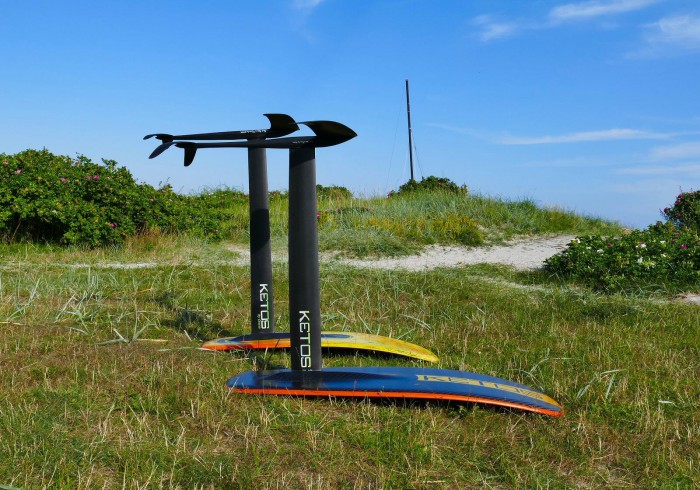 This will give you the best of both, as it is "flat" between your feet thus you can stand perfectly relaxed at even height, and the aggressively or gentler curved nose will make starting and also touchdowns a joy, instead of nosediving

That is why Ketos and Kanaha and Groove Skate got this very rockerline on shorter boards - a tad at the rear (maybe or maybe not), almost flat on at least 2/3 of the rear of the board, and then aggressive curve up at the nose - works splendid

This ia also why skimboards are not good for foiling, and wakeboards are almost as bad, a tad better though.

Maybe this wasnt the answer to your question, as I believe you simply ask HOW to raise the nose, sorry, but some might get some useful information of the balanced feet and rocker/scoop principles

PS: What does "Pearling" mean? Diving the nose under, like going to search for pearls at the seabed ?
Top

Yep diving the nose under

would love to have such a "shim plate" for my foil (165x90mm). how to get a easy and good result? what materials to use and how to work with it? or does anybody know if there is an item like this anywhere available to buy?
Top

The dwarfcraft totally sucks in this regard. I had to shim mine to make it work at all back when i hade the moses 550 on it Otherwise it was a torpedo during starts.
I shimmed using a wedged plate and it helped a lot
Top

I bought those, drilled holes and put on both track, trying it out today
Top
Post Reply
19 posts