I partially disagree with the marginal wind possible with race wings. Indeed you will be suck in waterstart phase if you don t have a large wing (say 800 cm2 minimum for 60 kg rider), whatever your pumping skills. Indeed the drag of the board on the water + the slow loops kill the board speed increase ...

I can clearly feel that even with a very powerfull kite
+ several loop + pumping several strokes, I need a significant wing surface to escape this water-stuck situation when up on the (sinking) board (or at least with same skills, you could ride with less "marginal" wind with a larger wing). When I am able to foil-up with a smaller wing, wind is a bit higher, and gibe becomes less an issue in my case.
Top

Not sure how much wind you are talking about, but in around 4-5 knots we can go on a 21m kite with the race wings, stall starting the foil kite , you need to be able to start gliding with a single pull of the kite in the powerzone. After you are on the foil if you dont mess up i guess the wind can go even lower, around 3-4 . I can do the same in a easier way, with a big hidrofoil wing and i dont need such a big kite anymore because the stall speed of the foil is much lower, so a lesser powerfull stroke of a kite will be enough to get me on the foil, and after that the wind can go really low, because you can pump the big hidrofoil much easier when you feel in "trouble".
Top

Interesting observations Regis. On a surfboard downloop first and let the kite pull me through the jibe but much later on the hydrofoil. For hydrofoil I initiate my jibes heel to toe side as the downloop starts and the kite is flying toward the water, with the kite reaching horizontal flight and beginning to rise well after I have come through the wind. With toe to heel, I initiate my turn and then download after I come through the wind. In marginal conditions I usually run out of gas and touch down. Maybe doing an earlier downloop will help?

Also, I wonder if the same techniques apply to a kite that is in its marginal wind range. e.g. a little more wind for a non-ultralight foil and more still for a tube kite, so long as the conditions are light enough that there is big risk to drop the kite?
Top

tomtom wrote: ↑
Sun Apr 07, 2019 2:24 pm
I do not agree that downloop is most efficient - there is too much kite changing direction thus slowing down - most smooth path is sine path. But line lenght had very much to with this.
Im talking about 25m+bridles so long.

My gibes in marginal - get max speed before turn - carve hard upwind to maximize line tension - while this put kite down almost on water - send kite hard up and back toward zenith - resist the pull and let yourself be pulled to turn. Turn hard and point upwind as soon as possible - you will end in new direction with kite up and just send it down in front of you - with gravity helping you in worst moment - least tension in lines and loosing speed.

Used this technique for years (kitefoiling since 2005) it s much easier than the traditional foot swap /down loop method used by racers. Can only be done on a very close reach which often implies a change of direction before each turn and looks a bit clunky or not as fluid. Completely useless on a downwinder as you end up sailing away from your original direction on every turn which is very ... inefficient.


Second this, longer lines, keep lines tensioned before the turn, and kite quite low (not so low that you lose speed though), and turn it up and around while you carve, carve tight, and use the downward path to get kite speed so you keep foiling.
If you use shorter lines, you will probably end up with the kite too low at the end of the carve, thus stop foiling, and you will also lose the good power sweep.

This is the very reason I use 30 m lines on all kites above 10 m2, as this works splendid for me from 8 knots and down.

Sometimes I do a "race jibe" meaning kite up high, carve around and let the kite follow after.
Problem is, if I carve too late, the kite can not downloop and might end up in the water, because of slack lines, and a swim ashore is the result in this wind.
If I carve too early, I might end up not foiling during the carve, as the kite havent picked up power yet when it hasnt picked up speed in the downloop yet.
So for me this is a difficult move actually, and more risky too.
But I can see, when perfected and you keep a lot of speed, it might be the best way to get as low as possible yes - I just havent found the holy grail here yet, OR, my bigger wings are too slow

Windmaker, you are one of the very early pioneers then?
Since 2005

It seems the first experiments was around 2001.
But I first saw a more public video of kitefoils in 2007, where the Mango Carafino board came, awesome and started it all slowly back then, eventhough it was the French who made kitefoils so fast that raceboards died and got extinct in one single year, so now the whole world started foiling and believing in it

Sure, timing with the down loop is harder to get right than with the "tight lines" jibe method but really no big deal, you just need to understand it. Just like someone else said in a previous post as long as you have board speed , all good.
Using this technique, on certain occasions I was sailing back and forth relying solely on apparent wind. If for any reason I stopped it would be impossible to waterstart again. 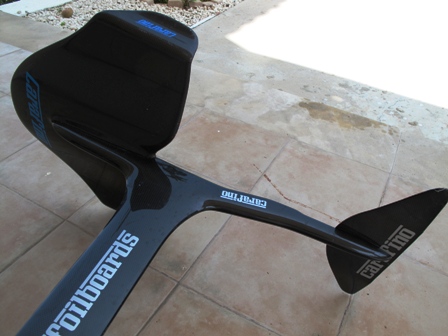 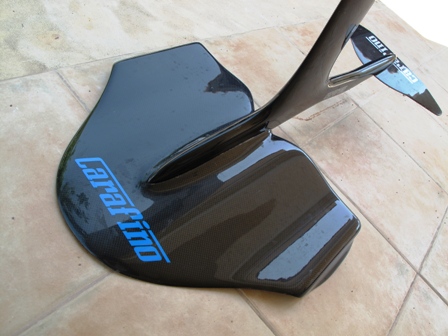 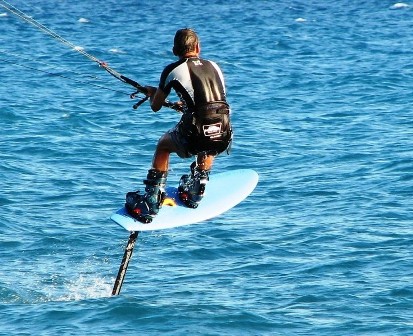 It would be nice to see some videos of these moves.
Top

You tube is full of them. Just one.

This video is one of kind which explain exactly nothing. What it show is clear for anybody who even dare to try. And there is nothing about foot switch which is thing that make that success or fail. So just switch your feet...

Sorry nothing against this video in particular but there are lot of these videos from talented guys who somehow do everything without knowing how. And they have obvious problem to transfer this knowledge to less talented guys /like me/

tomtom wrote: ↑
Fri Apr 19, 2019 10:12 am
This video is one of kind which explain exactly nothing. What it show is clear for anybody who even dare to try. And there is nothing about foot switch which is thing that make that success or fail. So just switch your feet...

Sorry nothing against this video in particular but there are lot of these videos from talented guys who somehow do everything without knowing how. And they have obvious problem to transfer this knowledge to less talented guys /like me/

Agree fully with you on this.