I am not into monofoils, not my cup of tea for a couple of reasons, even though I admire the few who are excellent at riding these.

But I have just ridden a 175 cm2 stab the last couple of days, first on the allround WaveXL wing (790 cm2), and yesterday on my ultimate lightwind wing 1100 cm2 and higher AR.

More lively so turning and carving is even more fun, and doing 360s is easier.

The most important thing though is, that you (I) dont miss out on the lovely driving feel in a turn - which feels soooo great (and is lost when going stabless in my, agreed not long, experience)

The foil gets really lively as said, but for some reason it is not more difficult to make flying foot switches for me - odd, as I would have expected that.
Maybe it is because the "pop" with the rear foot is easier to do now?

Only downside is for beginners, as they will "Billy Bronco Rodeo Ride" with these small ones, no doubt

So bigger stabs are good for learning, indeed

But when you move on, you can go down A LOT, in size, just like some start with a short mast and go up in a longer one later.


Yesterday in 6-7 knots only, Kruiser wing, using a 10 m2 Storm one-strut tubekite, amazing and only possible because of the 1100 cm2 high lift main wing 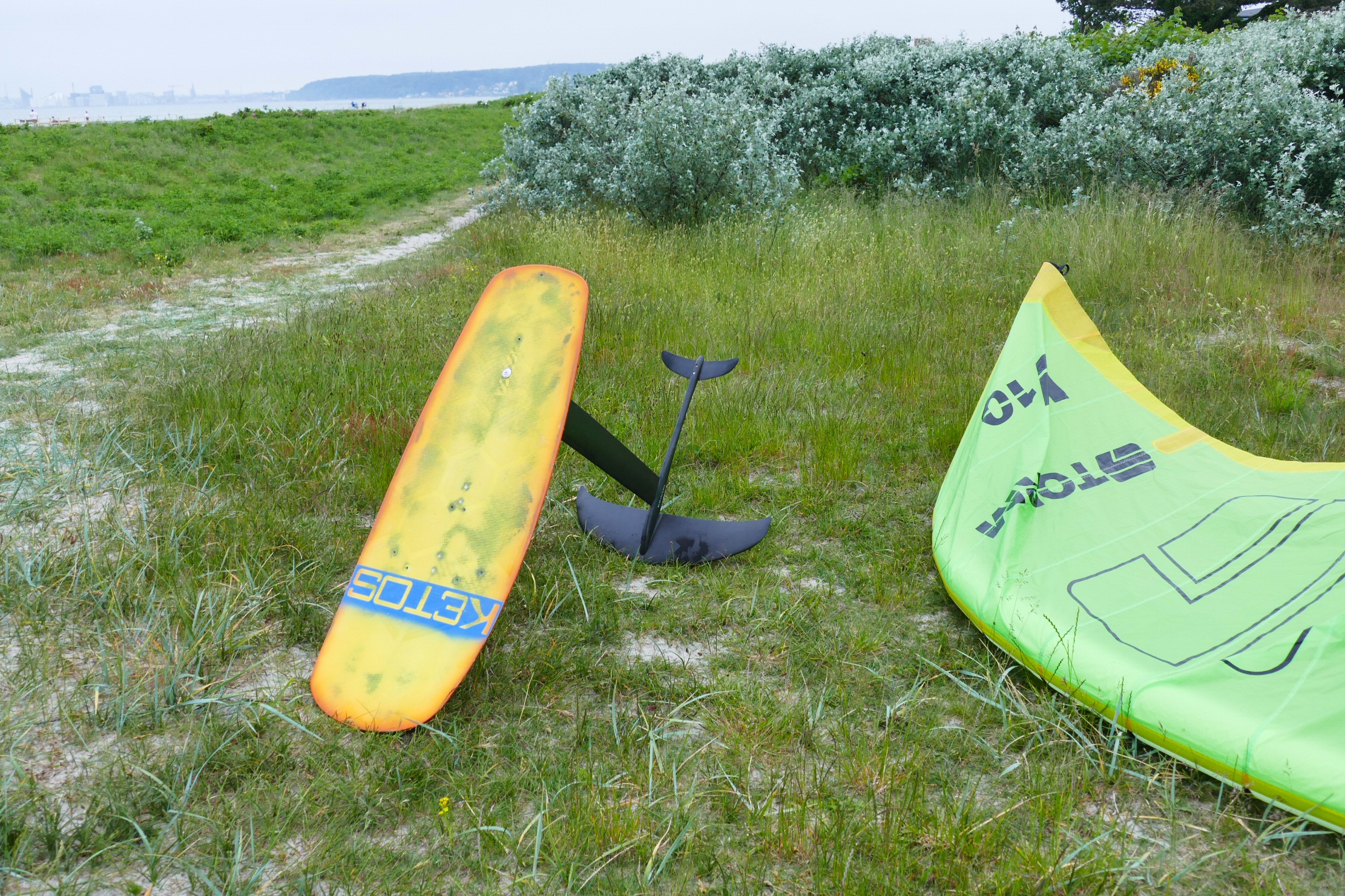 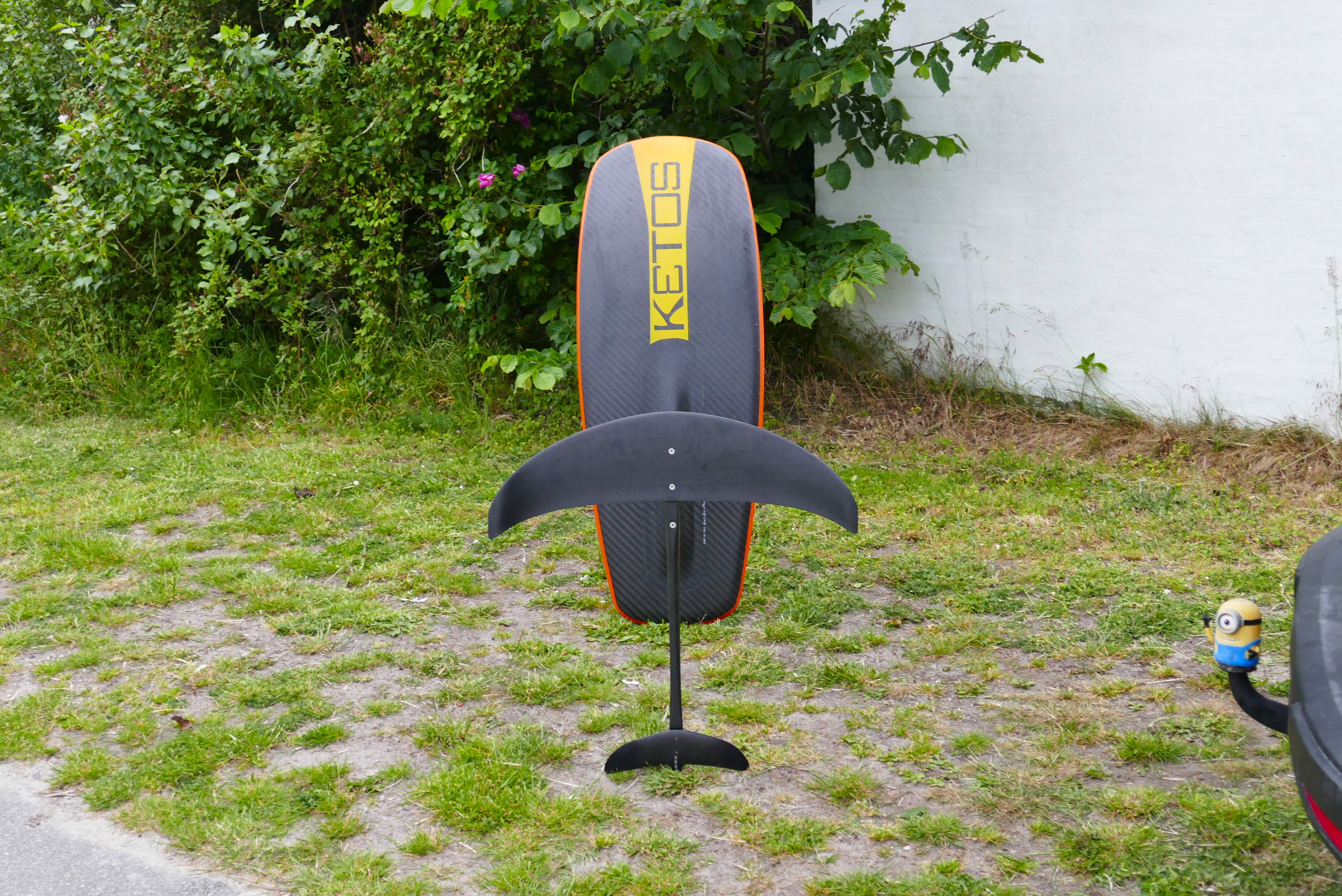 So no matter which foil you got, if you like to ride waves and play around, also in marginal winds which isnt any harder, try a smaller stab

Interesting. Is this stab from Ketos? I don't see it on there website.
Top


No, it was an other bigger stab I had, which I cut down, and sanded.


No, it was an other bigger stab I had, which I cut down, and sanded.

yeah, my NP Large wing works so much better with the supplied small stabilizer. With the large stab, it's like being on a longboard regards turning.
Top

Less lift?
No not really, as the stab is not a lifting device.
The small lift is downwards if any, and can be trimmed.

A bit more pitch lively, same as a bit less pitch stability yes, but as said, I am amazed at how easy they still are in jibes.

Less drag?
Yes a tad, but not really worth mentioning, so shouldnt be a deciding factor.


Did some fast calculations, and a 30 % smaller stab with say a 1200 cm2 wing, would only decrease the overall drag about 2 % even in the most ideal scenario foiling at speed only 20 cm mastlenght in the water.
And this drops to below 1 % if riding upwind or slow or turning, where induced drag more than doubles the main wing drag.

Unless you race, I wouldn't care at all about 1-2 percent drag difference, compared to the huge agility change

That was my point.

I have the Ketos with the 1200cm frontwing combine with the Karver stab which is relatively large at 280 cm but for me very playfull and tight turns gives. Would like to try a smaller stab.
What is the difference between a shorter fuselage or using a smaller stab?
Top
Post Reply
24 posts