that is a move I won't be making.
my 683 is more likely to go, and that's not very likely.

steve will be receiving his 720 wing very soon so speed data will be available as soon as,
he also has the 633 and 683, and has access to my 790,I will test out the speed of the 790 soon, but i don't expect anything much over 20mph.
the 633 and 683 on the 101 mast with all surfaces including the mast given the stealth treatment (all matt surfaces)
and locked down stance in 3 straps and comparing the wing speed using all kites sizes from 15mtr to 5mtr, all foil kites in appropriate winds for each size.
the speeds were very consistent over the long test time collecting the data, just about 2 knots between them on every test.
however two things did affect the top speed numbers.
using a small 5mtr foil kite in strong winds added another 1 knot for both wings.
and the other surprise was adding another knot when the mast was treated to the flat matt finish, which added an extra smooth sensation when pushing the upper limit.
the average top speed before matting down the mast was 633=24kts, 683= 26knts.
so where will the 720 wing sit??
that's the question for me before I consider buying one, I am lucky to be able to try before I get too excited.

yes, and it raised a big cheer from the beach.
only trouble was he reached this speed as he was flying through the air after being thrown from the board at the same time as looping the kite in very strong winds of 35mph gusts. but its still just over 40mph!
Top

Any more feedback on the 720 wing for kitesurf, as a wing to compliment the 633?
Top

The 720 arrived today, but won’t have chance until Friday to get out on it

I would certainly expect the 720 to be faster than the 683s, being both higher aspect ratio and 25% smaller surface area, and thinner profile (Shame that moses don't state the profile thickness or volume of their wings like other brands do) 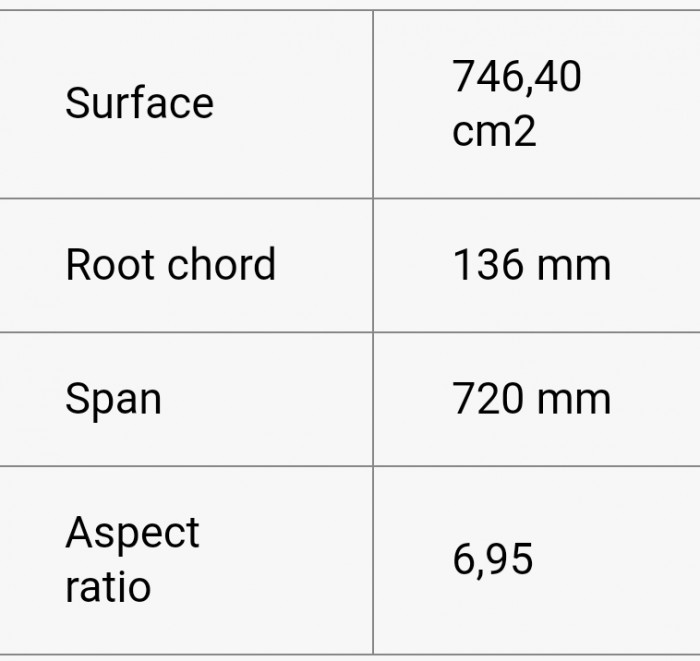 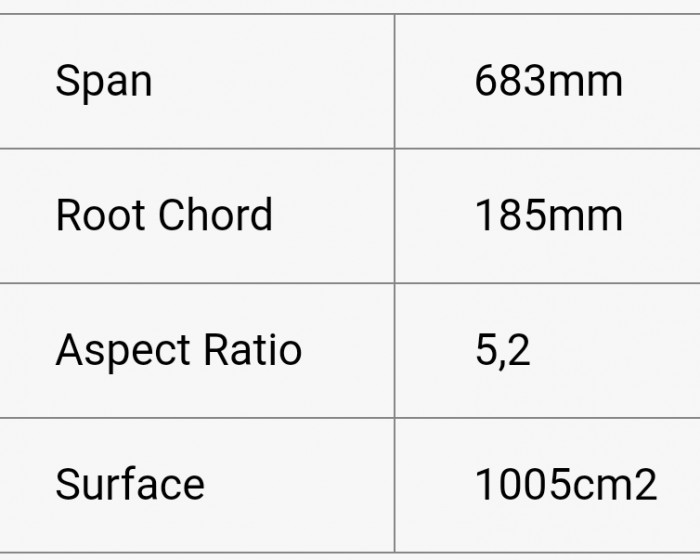 I avoided buying the 683s wing as it seems too similar in size and shape to the 633 wing. But I'm thinking (hoping) that the 720 will be different enough to be worth considering and a good wing for high-speed straight-line cruising and upwind exploring.... then the 633 will be my more playful wing for waves and carving etc.. 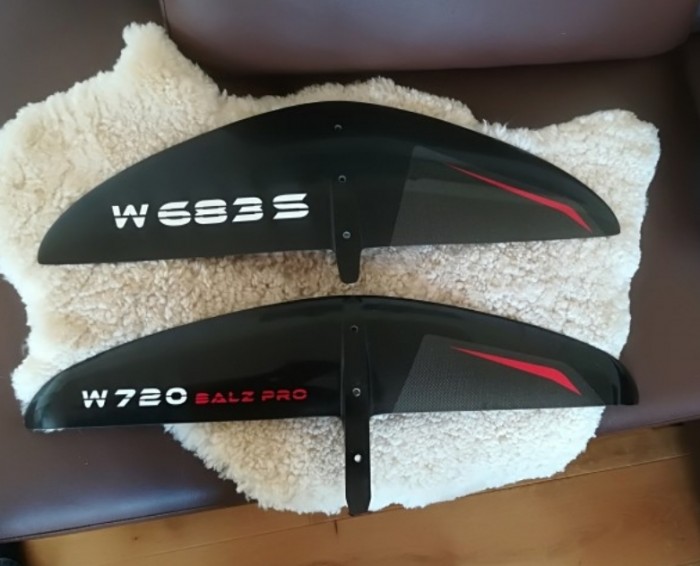 
Brand Affiliation: None
Has thanked: 86 times
Been thanked: 185 times

Does anyone have any direct comparisons between these 2?

Will now start testing when conditions permit and Steve gets back from work, as it's his wing.
Hopefully Friday 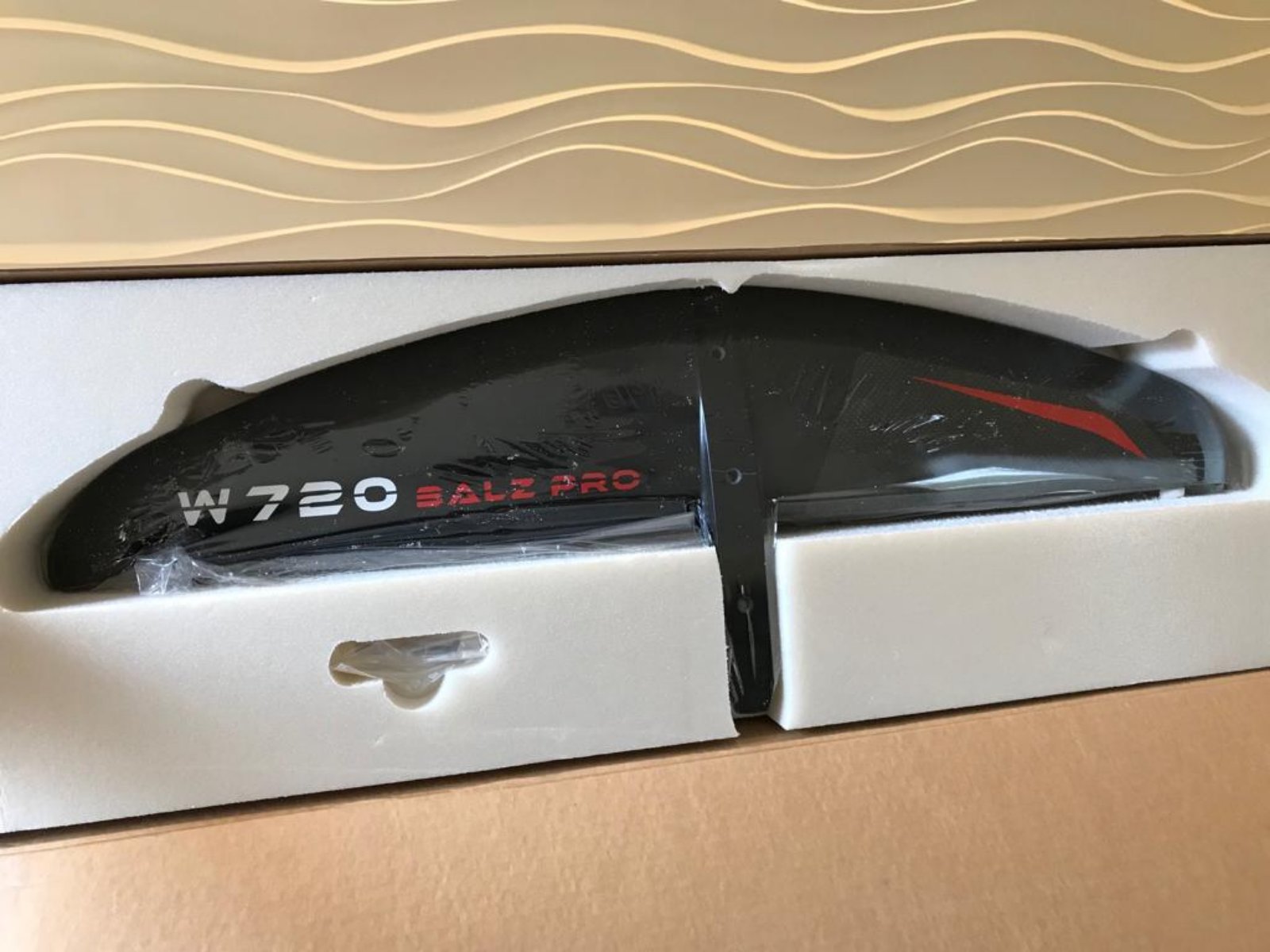 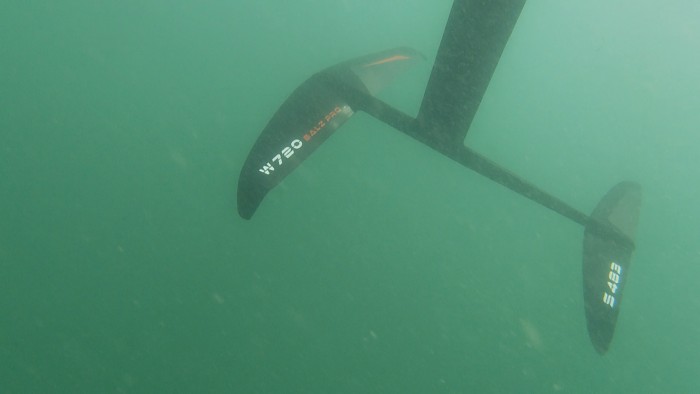 First go, I was using my 15m Ozone UL in 8knots of wind. The foil was very stable and smooth. However the lift was too much for my 68kg mass and the mast was already fully back in the Groove skate 130 board. I also already have my front straps fully forward. If was able to control the lift more by heading upwind, which the foil does slightly better than the 633/683. 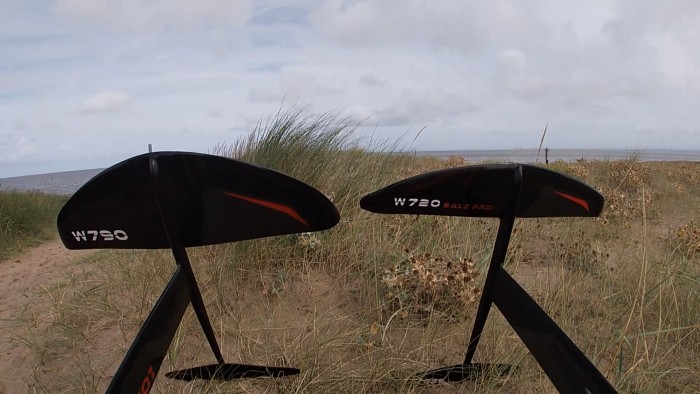 Maximum speed on the first test was 25.1 knots but considering there was only 8 knots, this wasn’t too disappointed as I also knew there was loads more left in the foil if I could reduce the front foot pressure/lift.

I added a ~2 degree shim to the rear underside of the the stabiliser wing. You can see the red shim in this photo (in between the fuselage and stabiliser wing) 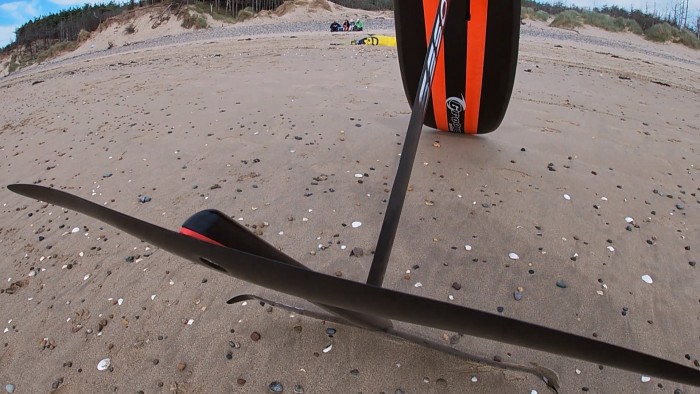 Day 2, using the new setup made s big difference. The wind speed was ~17 knots and I opted for my 7m on 17m lines. I was slightly underpowered and never had to use any de-power. OMG, the 2 degree shim made a big difference (perhaps too much, and will now need try different thicknesses/angles). The foot pressure wasn’t perfect but as the foil is super stable even on a broad reach I managed to hit an impressive 28.0 knots (52km/h) on multiple of occasions. Looking at the GPS data, this is the first time on a foil board I have seen plenty of >25knot plateaus. I’m sure with a slightly better setup a max speed of 30 knots (the holy grail of speed on water) is achievable.

Even with the shim fitted, the pick up onto the foil was immediate. The lowest speed I could foil at was 6 knots where the 633 can go as low as 4 and the 683 with 5 (oh, and the 790 2 knots!! So not a massive difference at the bottom end between the 683, but definitely quicker and certainly more stable than it.

Heel to toe side carving is fast, but the turning radius is slightly longer than the 633.

Not sure when my next go will be, but if there is anything else I can comment on or try out next time let me know.

BTW it jumps and lands well (nice and light). Rodeo is a little harder. 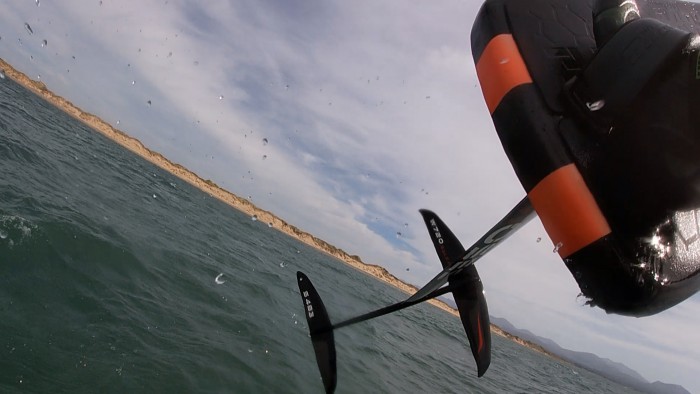 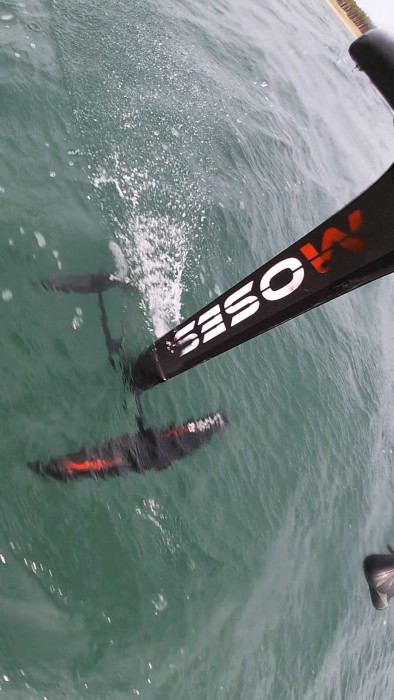 Can you comment on steep wave drops next time your in it?
Top

Nice review! Sounds like it's a keeper then!
Top

) it was very stable .I fixed the cut with epoxy,
and ride again with no problems . Now i am going to sand it .
Top


Brand Affiliation: None
Has thanked: 206 times
Been thanked: 287 times