Slovenia’s Toni Vodisek and the US’s Daniela Moroz clinched wins at the third and penultimate act of the 2019 KiteFoil World Series in challenging conditions off Pingtan island, eastern China.

Vodisek, 19, and four-time Formula Kite world champion Moroz, 18, have now dominated each of the tour’s three events with scintillating pace and raw power that gave them the edge over rivals among the world’s fastest kitefoil racers.

Both are now poised to lift the coveted International Kiteboarding Association (IKA) KiteFoil world titles, but still have work to do to seal the deal at the series’ closing act on Poetto Beach, Cagliari, on the Italian resort island of Sardinia next month.

Vodisek, who scaled kitefoil racing’s heights this year after several years of promise, racked up bullets in more than half the races in Pingtan, a repeat of his remarkable feat a week earlier at the first China tour stop in Weifang Binhai.

“I’m so pleased,” said Vodisek. “At the start I wasn’t expecting this here in Pingtan with the strong winds. I’ve never raced in such strong winds. Everyone was really close. So I’m super-happy. I got bullets in more than 50 percent of the races, the same as last week.”

Moroz’s domination of the women racing among the men in the 27-strong mixed fleet was even more emphatic, even though she believes her performances—by her own high standards—were a little mixed.

“It’s good,” she said. “For me it was definitely a bit up and down, especially in the bigger perspective of the two China events. I was very inconsistent; some races finishing in the top five, some in the back. I wasn’t feeling it. But it’s good to win, however I do it.”

The Pingtan tour stop’s final fifth day saw no racing after the mounting wind and seas whipped up by a passing typhoon finally made competition unsafe for the athletes.

But after 17 high-octane races over four days’ hectic action in breezes of up to 27kts, a rolling swell and growing shore-break, none quibbled that the victors had more than earned their share of the $40,000 prize purse.

Vodisek’s stellar record speaks for itself, but the young Slovenian did not have it all his own way on the Yellow Sea track, constantly harried by the French trio of Axel Mazella, Théo de Ramecourt and Formula Kite world champion, Nico Parlier.

Fellow countryman De Ramecourt, who took the third podium step with dazzling racing and in spite of some spectacular crashes on the treacherous downwind legs, echoed the sentiment and paid tribute to his rivals.
“It was a really tough week,” said De Ramecourt. “It was super-tricky, with Toni Vodisek and Axel Mazella pushing really hard. I’m glad I made the podium against such good riders in the difficult conditions. It was hard to race cleanly. The conditions were super-technical.”

Reigning KiteFoil world champion, Kirstyn O’Brien (USA), has the bruises to prove it after several hard crashes in the increasingly-gnarly conditions of day four. But she still held her second podium step just ahead of Russia’s Elena Kalinina.

“I’m really pleased with second,” said O’Brien. “After my first crash I sailed a little more conservatively, but then in the last race I was pushing and crashed again. Still, it’s good to see I’m getting closer to where I want to be with my goals.” 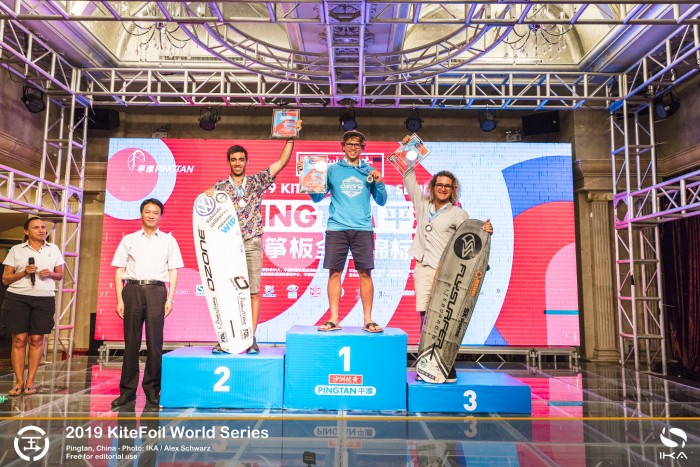 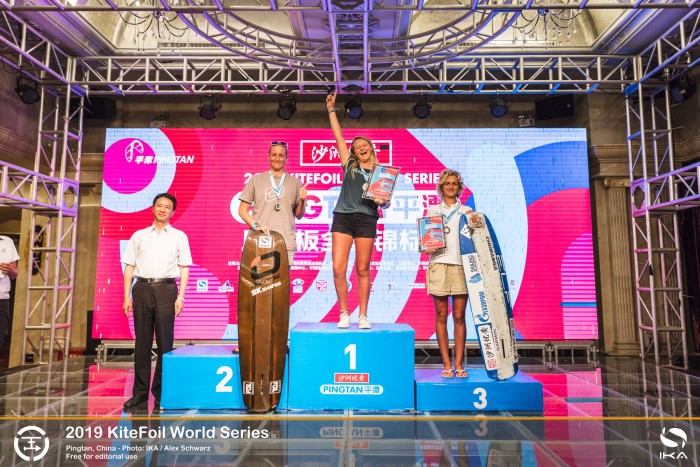 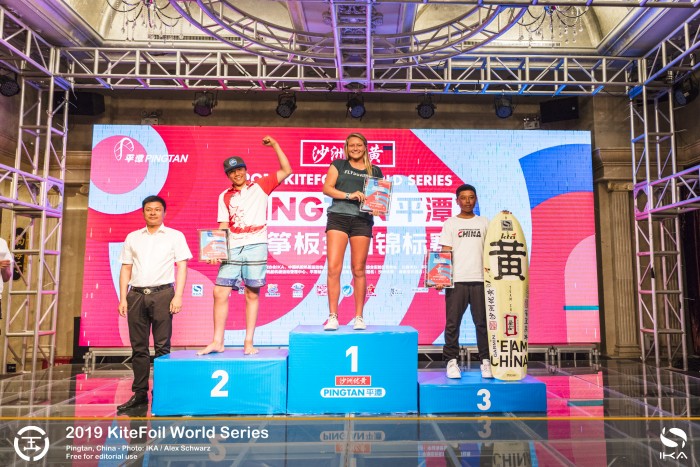 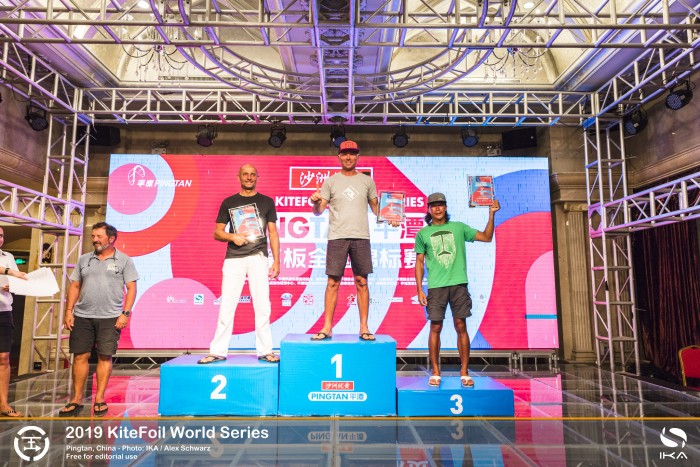 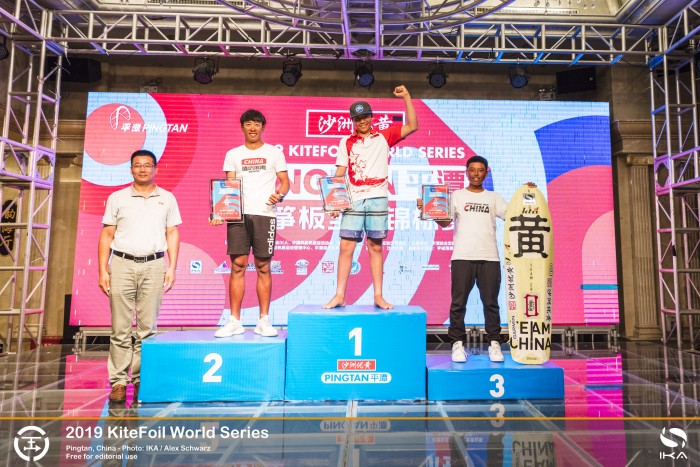