Perils of foil caught in a fishing net

Perils of foil caught in a fishing net

Wanted to have a discussion on techniques of self-rescue / foil rescue when getting caught in a fishing net while hydro-foiling.

While the topic is a bit fringe, it is a real issue, especially in Asia, where we often kite in less explored parts of world or locations where fishing is still a way of life for many locals.
Earlier this year a kitesurfer died in Hua Hin while tangling in a fishing net. There were other incidents, non fatal where either lives were in danger or equipment lost due to the tangle.

Last weekend, I myself experienced a kitemare related to fishing net and that prompted this post. Let's discuss..

The Incident:
I was riding about 500 meters offshore in a bay in Indonesia. I was the only kitesurfer in a bay and things were going just great. There were a few fishermen buoys around the bay, which I carefully avoided getting near. I was riding totally in the clear of anything that would indicate a fishing net, when I hit something soft. I thought it was a fish or a jellyfish and tried to body drug to the board. The board behaved strangly and did not move as expected. Only when I finally managed to get close, I realised it was a long net, probably drifting slowly (or not.. ) in the bay and it was extending downward but not visible from the top of the water. My foil was really stuck there..

I attempted to get my foil free only to get my foot stuck in the net, which gave me shivers.. I struggled and with one hand (while still flying a kite) to get myself free..
I body drag away from the net to think about what to do next. I then decided to attempt this again from another side of the net..

Second attempt, got my foot stuck again in the net, this time quite badly.. I tried and could not free myself from the net while still flying a kite. during my struggle (with a bit of panic building up), the kite went into a loop and I was really yanked by the kite, while my foot still stuck in the net.. I guess it was lucky as something gave and my foot was free again. Thanks to booties on my foot, I had no cut on my foot. But my bootie had some damage and my ankle as slightly strained.

At this moment, I decided to abandon my board and body drag to the beach and seek help. The beach actually a spot for local Indonesian families to go sun bathing and there is a station with life guards and kayaks. To make the story short, I was able to convince guys on a beach to lend me a kayak and a knife and I was able to bring my board back.

So, lucky ending to this story.

Once back in my hotel, I thought hard about what happened and how would I deal with the situation if I could not free my foot and how could one retrieve the board from a net without a luxury of having a kayak or outside help. If you are far off-shore, having a board with you could be a difference between survival or not.


Here are my thoughts:

1. I had a kite knife for cutting kite-lines with me. But many harnesses don't come with it anymore and also, the net can be strong and a kite-line knife may not be a suitable tool.
So I thought that having a real serious knife attached to your ankle or hand may not be a bad idea for any foiler.

2. The biggest issue when trying to free a board from a net is the fact you need to fly a kite while doing it.. Freeing a board with one hand is almost impossible and in my case, no way it could be done.. The board was really really stuck there.

One solution is to drop the kite and let it drift in hopes of recovering it later or even losing it in favour of saving a foil. with two hands, there are more chances one can free the foil by themselves. and with foil being much more expensive typically than a kite, it may be a way to go if a swim is short and the kite is old. But I did not want to abandon my kite as the swim was quite long and I was already tired from a session and struggle with the net.

It occured to me later, that solution for a kite was probably quite simple.. I could have dropped the kite on downwind side of the net and attach a chicken loop to the net itself!!
This is ONE idea I want to share here as potential solution for a situation like this. By attaching a kite to a net, it can't just drift away and it gives one more mobility and both hands free to do the work with your kite knife.

Now, have any of you on this board were caught in a fishing net with your foil or body?

What are your techniques for self-rescue and recovery of the gear?

If anything, let this post serve to raise awareness of this potential issue. Fishing nets could be anywhere and they are invisible aside from hopefully some floats around them.

Stay safe and pay attention to your surroundings. Its easy to be relaxed and amazed when you are foiling, but the dangers are always there and can't be ignored without consequences.

Brand Affiliation: None
Has thanked: 102 times
Been thanked: 244 times

recently caught up in a boat net of some sort, wrapped around my mast and wing, it was small so not a major issue, but it made me think not to just get get free and sail on,
I wrapped it up and sailed back to shore a dumped it ashore, it was far to thick to cut with a kite knife, but thankfully not too big to be a danger to life.

I carry mini marine rocket flares with me most of my sessions out at sea, tucked away neatly I forget they are there being smaller than a some smart phones,
in 30 years of carrying them around with me on the water many calls for rescue have been made using these little devices,
only ever once for myself on a windsurfer with a broken boom way out at sea, but many times for others who were in desperate need of rescue, 5 mile visibility from these little rocket flares is hard to ignore.
and now I foilboard they get taken with me near 100% of the time.

these are the ones I and a few others now carry
https://www.lifejackets.co.uk/products/ ... e-delivery

I would suggest you may think dropping the kite is a good idea but you may have also drowned if you did. That is unless you had flotation like a vest, and if you didn't I would suggest that as the first solution to your problem, the second would be to carry a knife or TWO. A vest will give you time to think and relax and avoid the dreaded kick tangles. The knives will ultimately solve any tangles. Also remember in poorer countries there can be grave repercussions for damaging other peoples property, that is if you do not adequately compensate them. 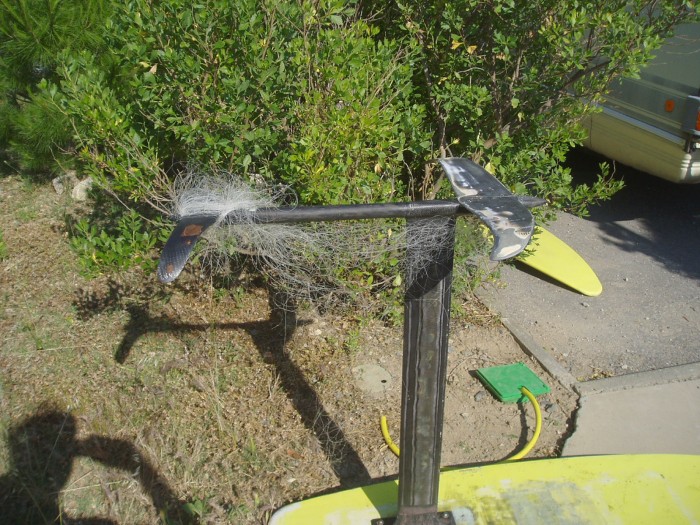 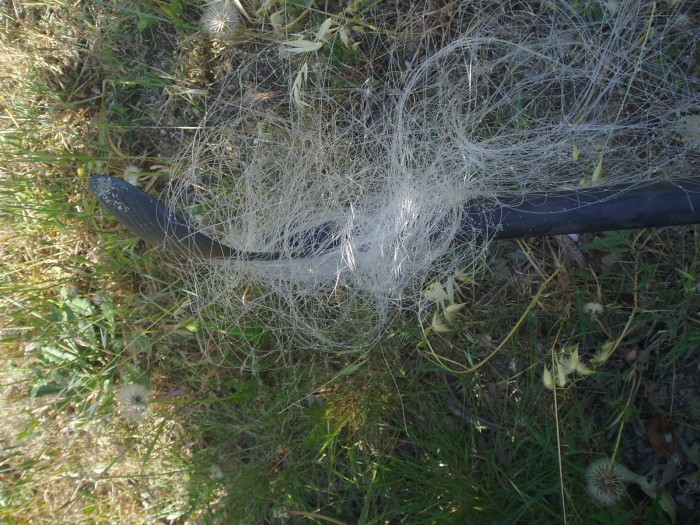 Having a good knife is manditory!
Do not risk getting feet, foot caught in fishing nets, better to loose gear than life!
I once had to loose bootie getting free.
I,we stay well away and always look for small floating net supports used here.
R H

try dealing with a 1km long line from a beach fishing kite... omfg.. like a trap
Top

Good reminder to carry a knife. I have been caught up with fishing lines but never a net. With the fishing lines I found I could body drag around so long as I kept my body streamlined and parallel to the surface. As soon as I tried to stop to free the foil I would tangle my feet. I did not cut the lines because my body was free and I just had to wait for the fisherman to reel in the foil.

foilholio wrote: ↑
Mon Dec 30, 2019 8:41 am
I would suggest you may think dropping the kite is a good idea but you may have also drowned if you did. That is unless you had flotation like a vest, and if you didn't I would suggest that as the first solution to your problem, the second would be to carry a knife or TWO. A vest will give you time to think and relax and avoid the dreaded kick tangles. The knives will ultimately solve any tangles. Also remember in poorer countries there can be grave repercussions for damaging other peoples property, that is if you do not adequately compensate them.


i recently found nice size net in maui.. not far offshore but unfortunately immediately upwind of that bunker in the water. (felt fortunately i didnt crash into anything hard or sharp)

i originally thought i tapped a local landlord.. but when i swam back to my board i discovered a discarded fishing net wrapped around my wing.
i *do* (usually) carry a stubby sized spearo knife...and i (usally) wear either an impact vest or that co2 thing.... but since i didnt plan on going very far out... i had neither.
it wasnt too difficult to unwrap.. but i can see how the panic can take hold if you started getting limbs stuck in there.
Last edited by elguapo on Tue Dec 31, 2019 1:42 am, edited 1 time in total.
Top

1-2mins in a panic and you can be drowned. 1 breath of water.
Top

i think any mini/jr sized (serrated) spear fishing knife works well for kitesurfing..
both groups gotta be vigilant and aware of the potential fatal repercussions of getting yourself wrapped around lines and nets in the ocean...and the need to be able to quickly getting yourself unwrapped.

i never had a issue with a small knife sliding or anything in kitesurfing.. and i wear it all the time on calf(over wetsuits, drysuit and under boardshorts)...and i dont believe anyone has ever noticed it.

edit: if clumsy and/or unfamiliar with knives... go with a blunt edge so you dont stap yourself (imo, sharp edge unnecessary unless you fish...or you feel the need to protect yourself from human predators in the water)