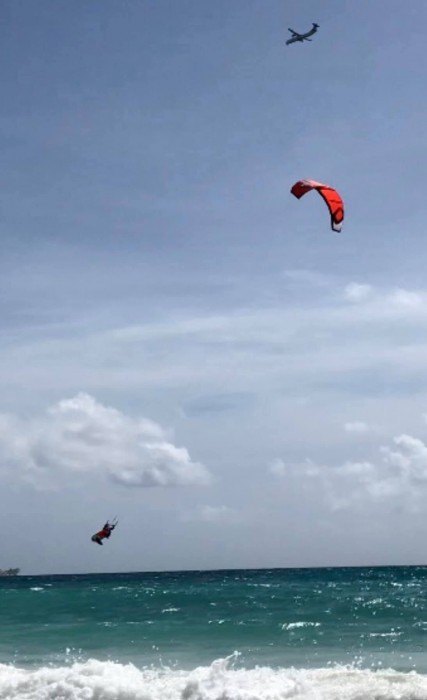 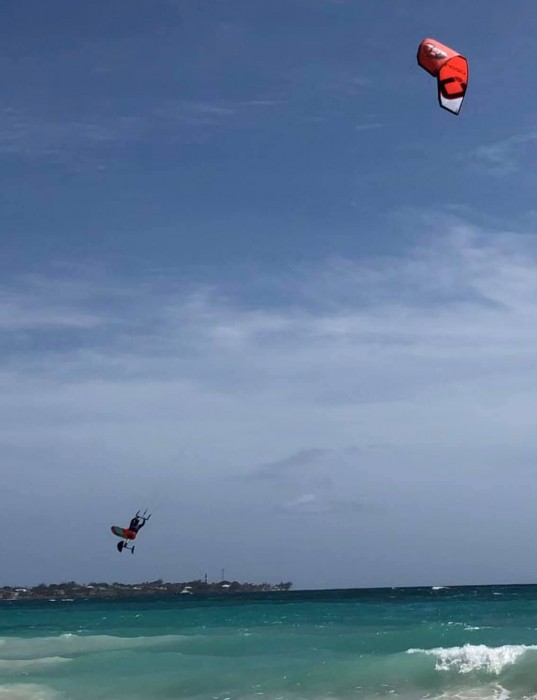 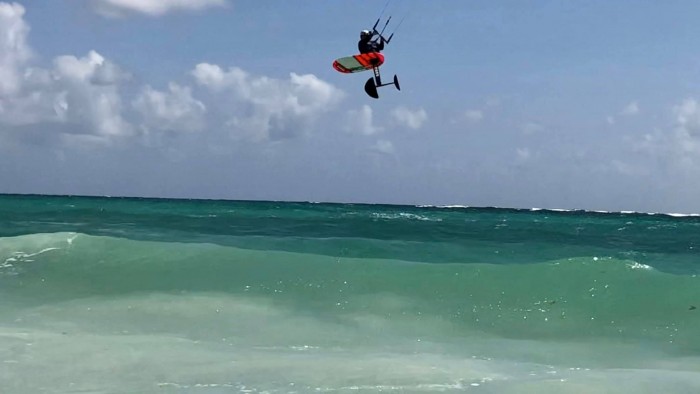 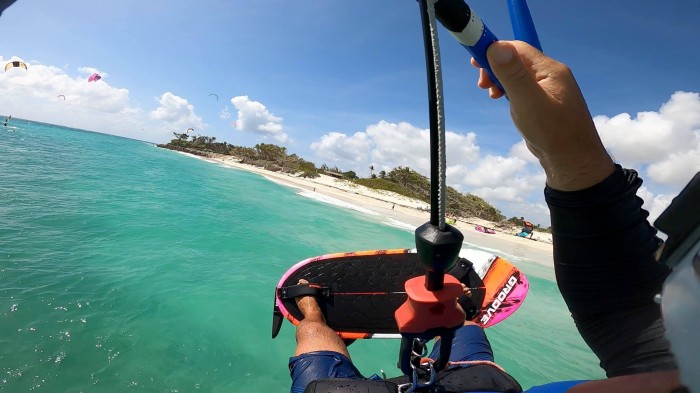 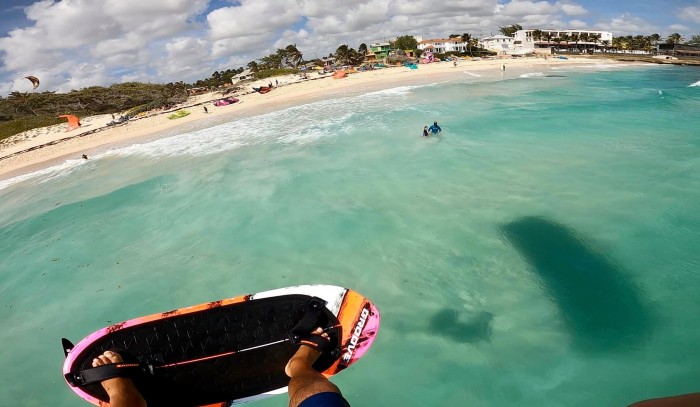 like cor said, I would definitely not recommend to jump with most wings with bigger surface (> 1000 cm²) or span (> 60 cm²).
I always wondered a bit to not hear anything about broken 633 especially strut connections. But I think it is still a great sign for Moses building quality with so many 633 out there to have obviously so low number of reports. On the other hand there are for sure two reasons that protects 633. First most users of 633 don't jump it and secound, if you try, due to its low speed you won't jump to high.

If you want to do it anyway

I would definetly recommend the Levitaz Cruizer (1000 cm², 63 cm) It is also very good in light wind and at least for my 63 kg in waves, but on the other hand it is much faster than 633 so jumps very well. Mischa (ca. 105 kg) from www.kitejunkie.com jumps it since around I think 300 sessions (so about thousands of jumps) hasn't broken anything since 3 years as far I remember. It has also disadvantages compared to 633 mostly that it is heavier (but therefore more solid) and you can't pump it as nice as the 633, but as said if you want to jump in lowest winds or you are more heavy: Levitaz Cruizer
Just to add even if I would never buy carbon stuff that should be loaded to the max, as used not knowing if pre damaged: If you buy used with the Cruizer you will need the stronger strut bases from around end of 2017 - till now. The old more slim ones have been good enogh for the low aspect Element wing (680 cm², 50 cm) but it was possible to break those old struts with the big wings. I have broken myself 4 strut - fuselage conetions, not just from Levitaz but all old stuff.

cor wrote: ↑
Mon Jan 27, 2020 11:04 am
..But it also probably depends on what jumps we are talking about here. Height makes a huge difference. Also, I found out that most riders tend to land just like they would on their TTs which puts a lot of stress on the parts. You need to go in Front wing first instead and pull on your bar to soften the landing as much as possible.

Not sure what the most gentle landing technique is. Just one is easy to see, if you are able to land with a secound lift it will be the best for sure, but this is not to easy when using, short lines, small kites and tube kites.
It could be that a full flying low level backflip with a perfect smove entrance of the wing can cause more load, when in the entrance at first the upwind half of the wing starts to create lift by fluid flow and causing a high assymentrical load. On the other hand a high jump with a hard wing forward landing crashing down to the board could create less load at least to the foil as there is no fluid flow on the wings and therefore less load to the wings.

Not sure myself. But try to do flying landings as it is just more fun. ... But also some times bomb back from decent hight, as also this can be fun ...

But just to add also have seen stuff breaking during high loaded jump launch (again the situation of one wingside with fluid flow and so load, other side out)

And a very last tip:
If you know how to do a nice secound lift landing and you want to do an easy full flying landing without any material stress: Do a tail grab and release tail just in front of landing (also without backstrap) and it will be perfect smoth entrance.


Brand Affiliation: None
Has thanked: 61 times
Been thanked: 118 times

Who says the 633 Moses wing is not a great jumper, I will post some photos of me jumping mine on my 101mast this week at Flag beach, out boosting most of the Tips, maybe not all as there are some pro boosters here,
The 633 and 101 mast or even the new 82cm masts are superb combinations, although the 82cm mast requires much better timing on lift off,the 790 Moses wing is a great boosting wing as well in the light winds, although it's not my first choice as that wing really is massive,
The Moses masts have a very strong reinforcement, a metal fabrication hidden in the area where the fuse fixes on, many guys have had one of the visable screw ends lift a tiny bit, but the massive fabricated reinforcement you can see in the XRay of a Moses mast remains solid and simply can't let go, yes a few have suffered a tiny crack in the corner as can be seen in the XRay but that's as far as it goes, one of my sailing buddies had epoxy injected down the screw hole to fill any tiny gap down inside the mast and is still using the same mast and he continues boosting his 633and 720 Moses wings without worry,
Ask your firendly security guy at the airport to turn his screen around to show the exact same image shown below, Manchester airport has done this for me a few months back, awesome picture of the Moses mast internals
Of course it goes without saying that using foil kites and not going out underpowered just makes all the difference,
The landing requires me to pull in hard on the bar for extra float just before landing to which makes for a nice low impact landing, sometimes even a super soft slow slice into the surface which feels amazing,
Funny thing is I was probably the biggest naysayer about jumping a foil up to 6 months ago, but when the bug bites, its irrisistable,but so much harder than boosting a Trip, which is part of the attraction 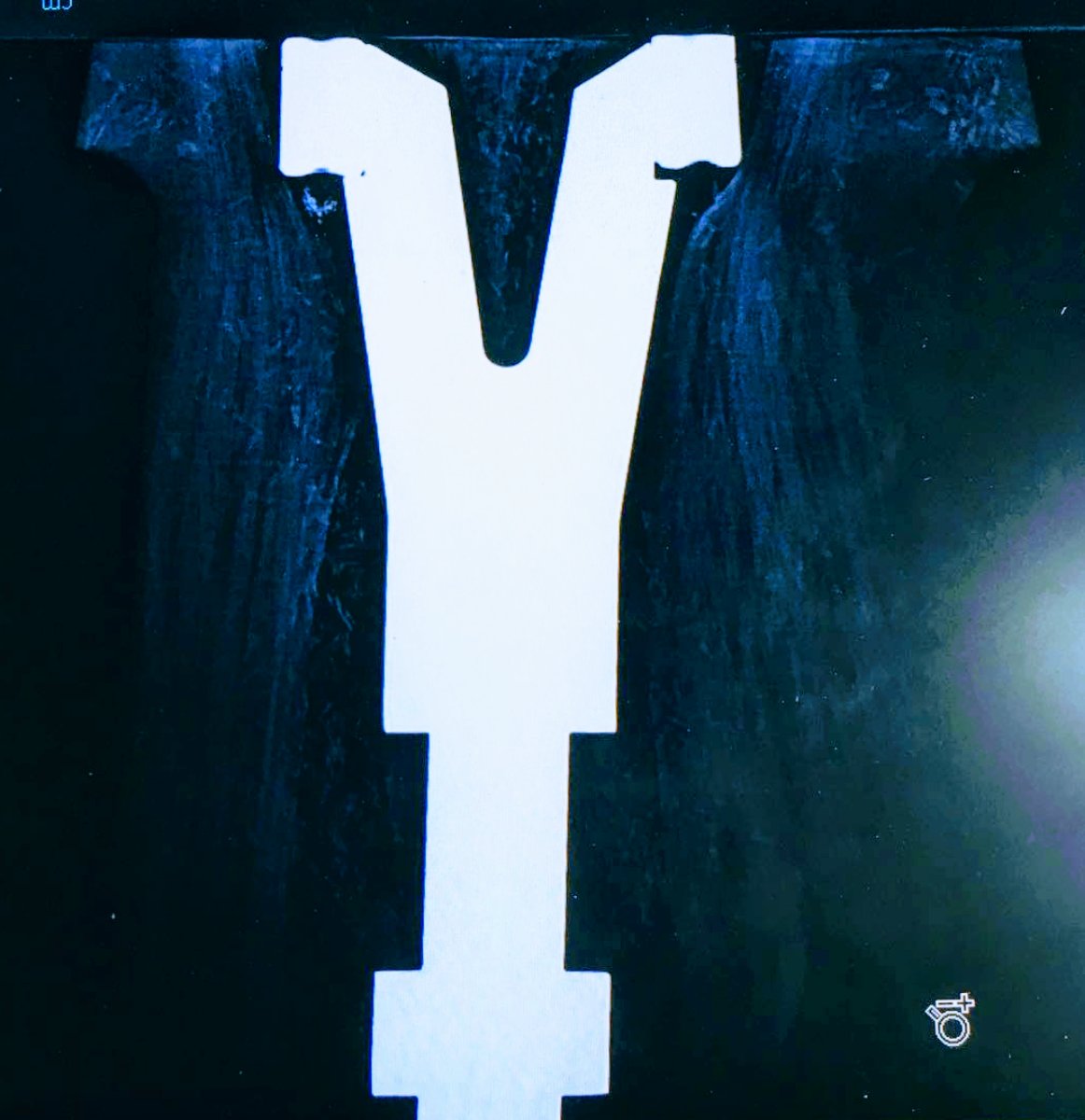 
Brand Affiliation: None
Has thanked: 61 times
Been thanked: 118 times

Strange lightly scary thing about boosting my foil is my back foot can be pulled free from the rear strap just as I take off, not too regularly, but it happens maybe once a session, I am sure someone thought I was doing a semi board off yesterday, when in fact I was in panic mode flying with just my front foot secure, I have only failed once to slot my rear foot back in during the flight, and decided to come down flat on my back, which hurt but worked,
it's something about the extra weight of the whole rig which of course is much more of a dead weight than a tiny Ttip
And it's something about having a much looser back strap,
Top

I think the main problem why many riders have hard landings is that they always rig up the smallest kite as possible (I don't understand why on earth you would want to have the smallest kite possible anyway but that's a different discussion). The problem is simply that you maybe can go big with these small kites, but it is way harder and more technical to get a second lift from a 7 or 9 m than from a 12m tube to soften the landing. That is one reason I mainly use the 10m soul, up to a little bit over 20 knots: It will always catch you so smoothly after a jump if you pull the bar in.

When I was learning, I grounded my 2016 93 cm strut ( mast) many times at speed onto sand bottoms. This pulled out rear strut to figure insert 2mm. I contacted moses and they sent me a diagram of the insert. Told me to pick away the loose carbon epoxy matrix and fill it up with epoxy. That was 2 years ago. Strut us still going strong 200+ hours later with some softer grounding. I'm not jumping.
I'd like to see photos of damages. It would help moses also.

yes, straps.
And my jumps are around 6-8m high. Not very high, but enough to have impact on landing.

I agree that I do tend to lend just like a twintip. Wing flat, parallel to the water. But I do that so that I can stay flying (ask I also have forward movement. )
So the idea was that I land and continue flying ...
Pointing the wing down, may lead to nose of the board catching the water?

Are you riding straps ?

Thank you Tom.
I will take photos of the cracks once back home and post here.


TomW wrote: ↑
Tue Jan 28, 2020 11:46 am
When I was learning, I grounded my 2016 93 cm strut ( mast) many times at speed onto sand bottoms. This pulled out rear strut to figure insert 2mm. I contacted moses and they sent me a diagram of the insert. Told me to pick away the loose carbon epoxy matrix and fill it up with epoxy. That was 2 years ago. Strut us still going strong 200+ hours later with some softer grounding. I'm not jumping.
I'd like to see photos of damages. It would help moses also.

Serio, thank you.
Your posts always have lots of insight.

I will need to work on my landing techniques and also consider jumping with smaller wings.
The problem is that I can do a flying jibe with foot switch on big wings, but I never took it (foot switch) to the small fast wings.
So as a result I stuck riding large wings as I don’t need to touch down on them..

A real solution is switch to foil kite (something like soul ) , that will give a smooth landing as others indicated on this thread.
So many things are related to each other

I agree that I do tend to lend just like a twintip. Wing flat, parallel to the water. But I do that so that I can stay flying (ask I also have forward movement. )
So the idea was that I land and continue flying ...
Pointing the wing down, may lead to nose of the board catching the water?

Are you riding straps ?


Yes, there is a risk nose down in the water...

But the idea is that you "dip" the wing into the water, and push it level again in one smooth movement.

With timing this is possible - even me who ride rarely with straps, can sometimes do it.

If you land flat there will be a way bigger risk of ventilation, sucking water down from the surface, as you dont "penetrate" the water surface cleanly like if you can "dip" it into the water