I'm considering giving wing-foiling a try whilst on holiday at a windsurfing location (Neilson resort in Lemnos, Greece).

I dont want the hassle and cost of buying and flying with a very big wingfoil specific SUP board for only a 1 week holiday. The Neilson windsurf centre has a decent range of windsurf boards, so I'm wondering if a large/high volume (130+ litre) windsurf board will work for wing-foiling? How much of a compromise will this be compared with a wingfoil specific board?

I would use a Slingshot Hoverglide Tuttle mast connector like the one below which I hope would fit most windsurf board fin mounts? With an extra large 2000cm² wing like the Moses 1100. 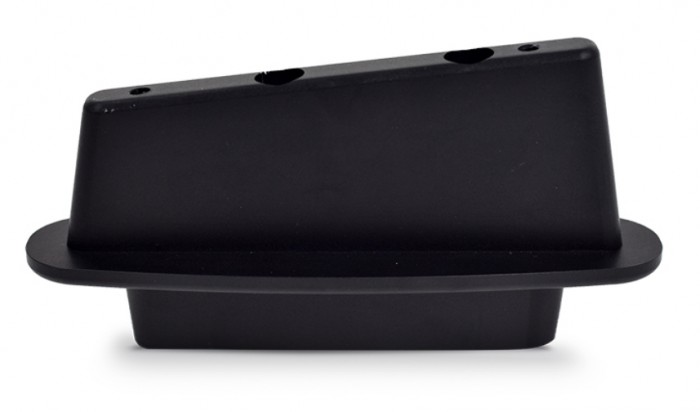 It could be worth asking if they would let you use a foil with one of their boards. Foils can damage or destroy boards.
Top

ronnie wrote: ↑
Tue Feb 04, 2020 8:21 pm
It could be worth asking if they would let you use a foil with one of their boards. Foils can damage or destroy boards.

Interesting... in what circumstances do they destroy boards? Presumably only if you ground them in shallow water?
Top

Windfoiler here, I could see them being cool with it, if you're using one of their Slingshot brand windfoil boards as they would have properly reinforced boxes meant for windfoiling designed for that particular adapter. Your picture shows a Slingshot Chinook Tuttle adapter which is a bit of a weird size, (it's not a large Tuttle head) and also actually uses much wider, stronger bolts designed specifically for Slingshot boards. To use that adapter with a non-Slingy board you would need to either use Slingshot's adapters that go in the bolt holes and are known to break, or drill out the bolt holes in the board to make them a larger diameter. Most people do the latter to their non-Slingy board, but it's a fairly major step to take and I can't imagine the windsurf center would be too pleased if you took this step. With all that said, if they have Slingy boards, don't forget a board leash, I've see pictures of people wingfoiling the Wizard 125L and it looks manageable, I hope to try it with mine someday.

Lastly, foils can crack and pull out fin boxes on windsurf boards that aren't designed for them even without hitting anything in shallow water. There's a TON of force on those boxes as the board is holding up the windsurfer's rig that acts as a big lever arm weight as well as the rider.
Top

ronnie wrote: ↑
Tue Feb 04, 2020 8:21 pm
It could be worth asking if they would let you use a foil with one of their boards. Foils can damage or destroy boards.

Interesting... in what circumstances do they destroy boards? Presumably only if you ground them in shallow water?

The centre of lift of the foil is in front of the front foil wing, because the rear wing pushes down, and that lift force is equal to the weight of the rider+board+rig, so there is a lot of leverage from that force - especially with a windfoil. If the board is not reinforced for foiling, that leverage can crush the board at the front of the box. This can rip the box out of the board without hitting anything.
Sebastian Kornum explains it at 5 minutes in this video. 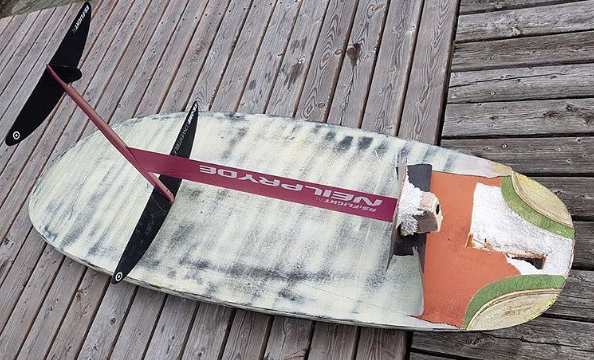 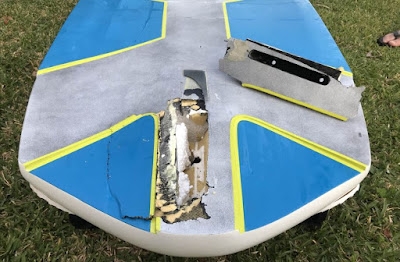 I'm not sure the foil would be in the right place on a windsurf board. I don't think you could pump the board the same. I know on the Naish convertible windsurf and SUP boards they have it set up to have the foil forward for SUP and back for windfoiling. I think you want more of a SUP setup with the foil forward. Perhaps it is doable, but I don't think it will work very well. Also the turning would be quite different. It is much quicker turning a pivoty if the mast (strut) is forward under you more and closer to the front wing. disclaimer: I've never tried a wingfoil - but I do kitefoil and windfoil

I think you forget the windfoils are not like sup and kitefoils, but they have the wing moved further forward, in order to use the "normal" tuttle box in many boards.

When I made my windfoil, using a kitefoil, I took a board and put the mastbox further forward.

But I had to move it even further forward later, where it was perfect trim now.

Remember, windsurf got some pressure down on the mast foot, thus you actually get the trim centre moved forward relative to your feet, compared to a kite or sup foil, and not rear like you say.

This is corrected by having more fuselage in front of the mast on windfoils (wing further forward), so trim is better and you can use the existing rear box.

Which btw is stupid IMO, as the leverage and forces get ridiculously high now, for no reason but compatibility with existing boards/boxes, which might not stand for it anyways

Also, for a SUP board you might want more board/planing area behind, in order to glide up on foil, when on a wave, so this is most likely why the masts are more forward also.