Yes, I got a 4,5 m² that I a few days ago trimed to the best but now as I like my Peaks in same size even more will now sell: 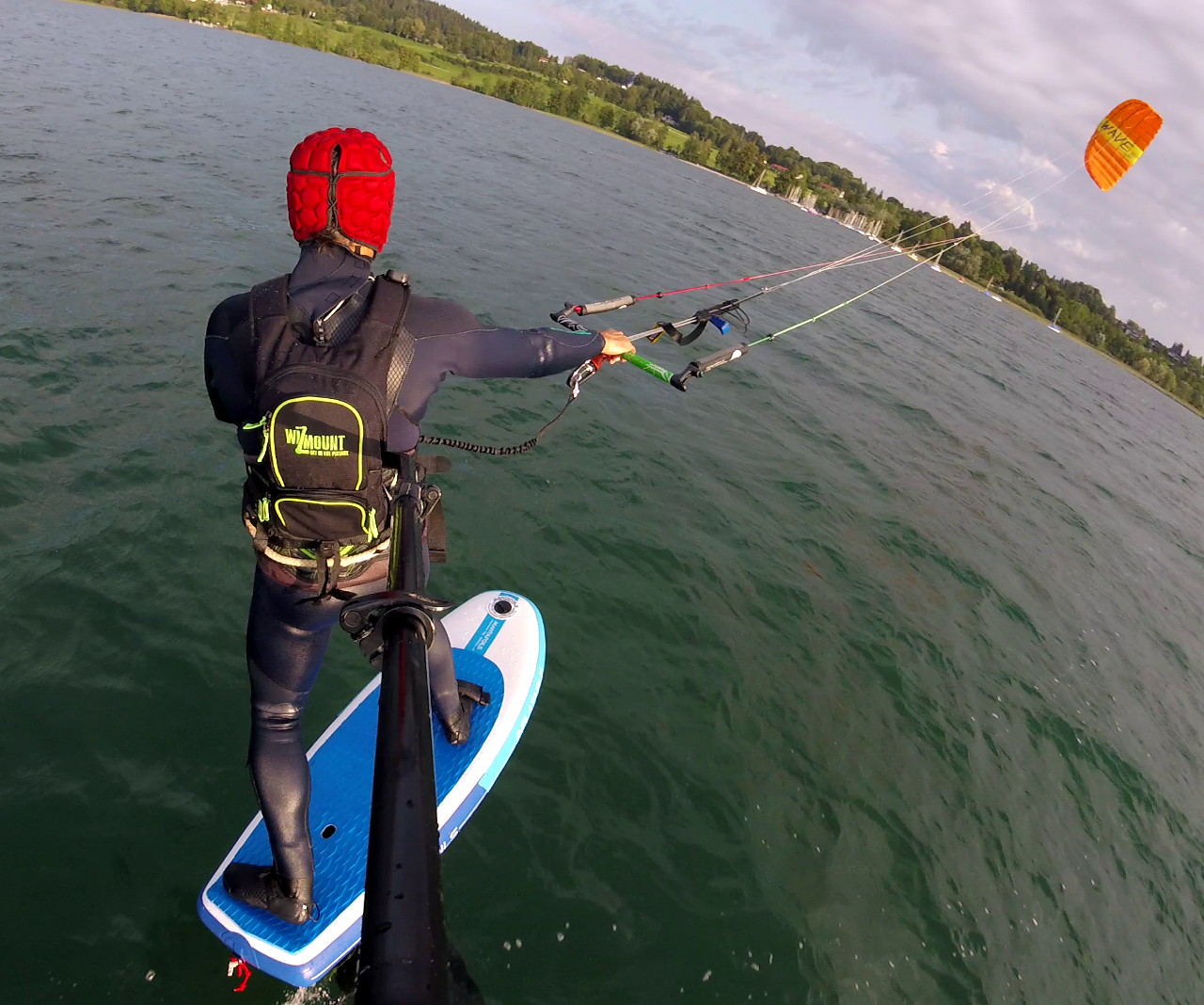 And still also like the Wave, actualy discussing again if buying a 3 m² which could increase my windrange above my 3 m² Peak4
Last edited by Horst Sergio on Wed Sep 11, 2019 8:47 am, edited 1 time in total.
Top

What is your comfortable upper end on the Peak 3 meter?

It does seem clear that the Wave has better range than the Peak.
Top

Yes also to me, especially the compfortable wind range of the Wave is significant wider, as when the Peak starts to flap you can still handle it, even with a lot more wind, but it stops to be a joy. On the other hand the Peak has a small range where it is just perfect for waves (as long you keep it out of them

Additionally have to say, to me foil wave ridding starts to be = unhooked.

Here the Peak can perform just perfect in its best windrange. Thanks to the extremly low weight and stearing forces you can come to a point where you just spread out your arms with the bar in one hand ridding just down the wave with your hydrofoil, while the lines of the peak goes nearly slack and its forces go close to absolute 0.
Compared to the Wave this can be risky for sure as if going completely slack a Peak can also completely colapse fast and then will be a big problem having it in the white water ...

The Wave instead seems to be much more secure here and even if not having done it yet would expect for buttom turns etc. could be much better and maybe also if pumping the foil as more solid unhooked and lower risk to stear it into the water and even if will nearly always stand up by itself even if additionaly errors are done by the rider.

I think joy end in waves with Peak4 3 m² above 25 knts for me and with the Wave around 30 knts. As said even if both are really great for waves on the end they are also pretty much different, just similar in their great drift.

Another big differency is if hooked in that Peaks depower is similar to no struter which can have bad effect but also good for example foiled 360 felt easier on peak as you can cut forces when going upwind for a secound and then turn it on a dime, which causes that the turns feel less bombed as on the Wave which always keeps downwind tension and turns wider and therefore comes lower on the end of the turn in the wind window.

P.S. We canceled the idea of 3 m² wave once again, but now I am happily awaiting my 2,5 m² Firefly for the next weeks.

The firefly looks good. Your review and vids of it would be valued.
Top

Nope, no GIN Marabou was ever given to my hand, but actually no more problem as bought enough new toys for the next year.
Top

The video of my 1st session with this little 3m2 "kite for children".
Sorry the camera was too low so we hardly see the kite, but we see the conditions of use and the easyness in 25-30 knots. Strange feeling to feel calm and safe like in light wind and the no-power on demand. Very contrasted with 30 minutes earlier , when i was with a 6.5m2 LEI and tt board, like in the middle of a war area. Then with the hydrofoil and this wave 3m2, it was like peace in the world ...
And one incredible fast relaunch at the end.

A Big storm came this week-end, wind & waves forecasts were great for Saturday and we head to a beach that we like for stormy conditions because it has a nice rough sea with plenty of waves ... you feel really alive! We arrived and we could see the white water from the road. This usually mean that the swell is big ... and it was. There was three lines of successive shore breaks and the outer sand banks were working with 3m+ faces. Wind was strong and powerful (because wind was full of water), website says that there were 35 to 38 knots gusts (and the windmeter is 3 km inside a closed bay while we were on the open sea). So plenty of wind and raining! I went out with Wave 4.5. I launched it alone fingers in the nose on a patch of sand (the beach had nearly disappeared under seawater) and everything was still in control, it was powerful for sure but I could still depower and surf. My mistake however was that I took the wrong surfboard, too thick rails. It was difficult to hold the face of the big mamas on the outer banks.

The wave 4.5 proved again that foil kites can do it in heavy conditions and big swell (I mean really surfing not only going down in front of waves). I have still my new Wave 3m to test, I could have given it a try, I think I would have been better as there was clearly enough wind for it (but I need first to rig it in moderate wind so that it is ready with the bar on when needed).

A big thank to Ben for taking the bet of developing such a kite (some years ago I can remember him saying "I build these kites only for you!" ... I am glad that what happened next proved him wrong!).
Top

I finally got out on the 4,5 wave in 10-12ms. There were lulls under 10ms. It took a few tries to get up. Had to find the technique of holding kite in opposite direction then agressivly driving arcoss the window.
After 20 min in figured it out.
Riding I found that I was trying to point upwind like on my Hyperlink and this kite loses power and does not go upwind like Hyperlink.

So I adjusted to that and started playing with loops and working the kite, which it loves.

It's super playful and forgiving, you can make all kinds of flying errors and it just flys. Very safe feeling.

Started being more aggressive and discovered the Fun. Can't wait to get out again.
Top

I found this pic on one of the French forums and saved it. But what are the purposes of the different settings? CA use yellow for the A line on one side, and Red for the B, and the opposite on the other side. In this picture, is it the case that red = A...?
Top
Post Reply
321 posts