Stephano Moris kindly sent me a minima for test , I thinkn it is the V2 ...

Kite is a well built, not scareful at all when flyhing or launching, and is more perfromant (in the sens higher L/D ratio) that the Pulsion or FRS or A15: the speed / upwind is better; not as much a sonic, almost reaching the Elf Jocker 5; but still largely enough for me (and given its limited number of cells)

Speed was largely enough for me, and in 11-13 knots I was already avoiding 90 degree angles , sign of high performance (like with any race foilkite as it can be dangerous); it has the classic behavior of a middle/high AR kite: good jump with speed, good hangtime, you just need to avoid oversheeting like any race kite, otherwise you fall down rapidly;

Very stable, no fear at all at any moment ; but in some cases (mainly when too much relaxation of the lines when riding downwind), or if you need to shorten the loop into a " backstall loop": then one wing can collapse, a bit like on the Flysurfer sonic fr : it penalizes in light winds (besides his standard fabrics which is a bit heavy for lightest winds for my 60 kg); I think this is a point to improve , so in my opinion nothing definitive, maybe just a bit more AoA on the wings to force them open if Stephano wants to orient the kite more freeride. For my weight of 60 kg, 11m would be the biggest on a hydrofoil, so up to about 7-8 knots then the flight in light is too limited and risky. About its high wind range I would say 17 in foil and 20/22 on twin type, beyond that, I feel that the kite has a lack of instantaneous depower (but still better than Pansh a15) .

At my 4th take off , a weird thing happened to me. Launch procedure was disturbed by a passerby, so I had to continue without being in my usual gestures, and I did not see the reason why, but when leaving the ground, the kite has collapsed on a 1/2 side, like a " half-frontal on the part close to the ground (lack of inflation certainly), while still flying (intrados folded on the extrados and stuck in this wrong place by the wind pushing on it; it is the first time I see this, and quite long to untangle , but still in the sky, which is great (it was necessary to tip the kite side' opposed 'and well violate it so that it finally opens) )

That was the detailed description of what is not perfect, and overall I had very good pleasure with it.

2 relaunches, happened well even in 7 knots

I spent a lot of time testing it (about 5 hours all in all) and each time happy to continue with (except above 17 knot in foil)... The wing attracted attentions from other kiters, it is beautiful and quite original (both round and elongated at the same time, not too many cells). And I was rather successful in new tricks, (360's in high range hydrofoil (with impressssssssssives loops with this high AR kites) and backloop transitions in series better than previously in TT board. Only loops in high winds were challenging, in "ejection mode" in 14 knots.

Big congratulations to Stephano, I am really impressed by the easy use of this kite vs its performance ; a light cloth version would be useful above 11m for light weight riders like me.
Top

here is the video in english ! sorry for the long time editing and publishing ...

Got myself a 2nd hand Lecca-Lecca 11m2 based on the nice reviews. No connection whatsoever with the brand and the designer, just happy with the kite.

I've used it for 3 sessions and I'm sincerely impressed. My only previous experience with foil kites was with a Pansh A15 12m2 and the Lecca feels much more agile, turns and flyies through the window quicker and it's in general orders of magnitude more fun to fly.

First session with ~10 knots on strapless Zeeko freeride hydrofoil. It took a while to get used to the kite. Looping was nice and easy but if I pulled too much on the steering line kite was stalling while turning on the spot and losing power, which I used several times to save the kite from falling in the water. Relaunched once without problems

Second session, the wind was dying down, started well powered, but eventually wind must have been around 8-7 knots and had problems waterstarting. Kite is quite light and stayed in the air nicely, far lighter to what I could waterstart or to what my Pansh would even fly in. Kept on trying, wind got even lighter and the kite ended up on the waves. I couldn't relaunch even pumping the front lines and in the 10 min that took me to come back to shore there was a significant amount of water inside. From now on I'll take more precautions and come back when I'm having issues waterstarting.

3rd session the wind started around 12 and picked up later to 18+. Started with the hydrofoil, nicely powered, amazing speeds for my level when reaching: constant pull, but still able to depower when needed. Eventually I could only go deep upwind or downwind, far too much power when reaching. Swapped to TT and had a nice session going fast, getting serious speed and some floaty jumps, not so high, though, I guess I have to improve my technique.

Honestly, I don't understand how the kite is not more popular considering the price tag compared to some other foil kites. With the 2x1 offer the price is similar to Pansh ones!!
Top

So many good reviews, so I thought I'll share my impressions, drastically different from others.
I'm an advanced tube-kites rider, with little-to-none experience with foil kites. Encouraged by good opinions and 2-for-1 deal I bought the 11m lecca-lecca minima. I played with it 2-3 times and I can honestly say I hated it. The kite fills up with air quickly and it's relatively easy to keep in the air in light winds. Upwind angles are also good. But that's about it when it comes to pros. On the down side: constantly folding tips, very poor depower range, not much power in low winds, hard to steer using same technique as with tube kites.
Most probably some of my issues were caused by lack of experience and the website says it's a kite for advanced foil-kite riders. However, more experienced foil-kite riders on my spot also confirmed some of my discoveries, especially folding tips and poor depower.
Before lecca-lecca I only played around with the FS Soul during test days and I liked it - easy, predictable, nice depower and great pull. Also no problem switching from tube kites - same techniques can be applied. I was hoping for similar characteristics.
I'm very happy that I sold my lecca-lecca quickly to a kiter, who was aware of all the issues. Without the 2-for-1 deal I would never consider buying it. For 1100EUR I'd rather search for a used Soul.
Last edited by feel on Mon Nov 04, 2019 11:22 pm, edited 1 time in total.
Top

My first foil ride was the same, and still hate foils

Sure, Soul is good, so are many many LEIs.
Top

The post by Valverto reads like a blatant pimp, almost like as if written by the guy behind these Lecca Lecca kites. Strange would choose to target Pansh as competition as they are a real kite company and still much cheaper.

It is not surprising a review like Feels above. These are essentially DIY level kites.
Top

Leccas are REALLY popular down in Miami and there’s a couple guys that swear by them. From observation I watched a lot of relaunch issues and talking around they seem to age really quickly. I had a chance to try one and I really regret not taking him up on it. I just don’t like to borrow other people kites unless it’s a demo. They don’t look like much fun on a twintip.

foilholio wrote: ↑
Tue Nov 05, 2019 3:45 am
The post by Valverto reads like a blatant pimp, almost like as if written by the guy behind these Lecca Lecca kites. Strange would choose to target Pansh as competition as they are a real kite company and still much cheaper.

It is not surprising a review like Feels above. These are essentially DIY level kites.

I wish I had the talent to develop kites myself

I compared it to the Pansh, simply because it was my only experience with foil kites, never tried Flysurfer or Ozone kites. With the 2x1 offer the 11m2 is 550Eur, I bought it 2nd hand, cheaper than that, so really happy with it
Top

Adventure Logs wrote: ↑
Tue Nov 05, 2019 4:51 am
Leccas are REALLY popular down in Miami and there’s a couple guys that swear by them. From observation I watched a lot of relaunch issues and talking around they seem to age really quickly. I had a chance to try one and I really regret not taking him up on it. I just don’t like to borrow other people kites unless it’s a demo. They don’t look like much fun on a twintip.


I do not think you know who you talking to: 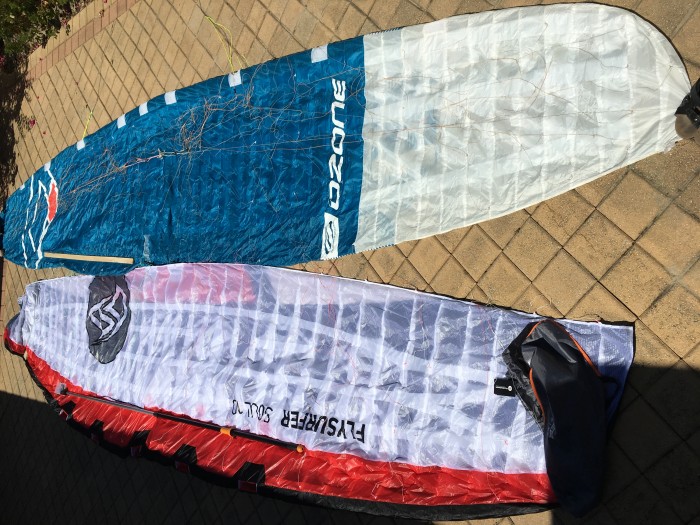 And here is me flying Lecca: 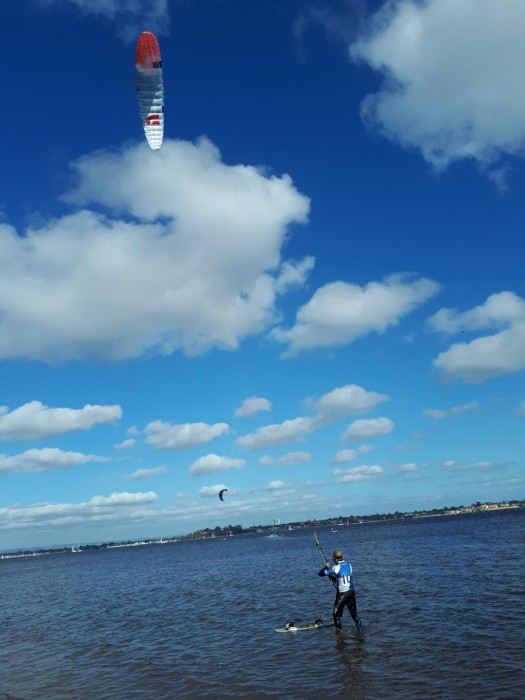 So, your arguments are valid only for you. And not me.

Or we going into 'my God is better than yours'....as you do. All the time.
Top
Post Reply
43 posts